March is Women’s History Month. The Arkansas Conference has a history in ministry recognizing women with gifts for being leading disciples. In this article, I will lift three names in the African American community: Theressa Hoover, Maxine Allen, and Edna Morgan.

Theressa Hoover was called by God to lead, and she did lead. After graduating from Philander Smith College, Hoover was recognized for her commitment and hard work in Arkansas and the Women’s Division of the General Board of Global Ministries offered her a job. This led her to New York where she continued to shine her light.

Hoover continued her education with a M.A. degree in Human Relations and Public Policy and used her voice to encourage women to serve around the world. She was the highest-ranking woman in the United Methodist Church, as head of the Women’s Division of the General Board of Global Ministries.

At the time of retirement, Theressa Hoover served close to fifty years in ministry. She returned to Arkansas and continued to lend her voice to encourage women to serve. Churches are commonly named for men, but Theressa Hoover has a church in Little Rock, named to celebrate her legacy and continue to shine her light.

Rev. Maxine Allen was the first African American to be ordained an Elder in the Arkansas Annual Conference and has always been a leader. The oldest of five children and in a dual-parent working household, she had the opportunity to be in charge and make sure all chores were done before Dad and Mom returned home from work each day.

After graduating from high school, she started working for Southwestern Bell. Allen’s work ethic was so outstanding that she was promoted to management, which allowed training for leadership within the company. Allen knew she wanted to be in ministry and presented herself for service in the Little Rock Conference, at St. James in Lonoke. Allen followed the path of training to become a Local Pastor.

Leaving Southwestern Bell after 20 years of service, she moved forward to graduate from Philander Smith College and then Gammon Theological Seminary, where she graduated with a Master of Divinity. Rev. Allen returned to Arkansas, where she was named the Dean of the Chapel at Philander Smith College. Outstanding leadership led her to be appointed to the Arkansas Conference Office serving in Mission and Ministry.

Rev. Allen retired in June of 2018, but she is still serving in ministry as senior pastor at St. Paul, Maumelle, in Little Rock. Her Spirit remains high as she continues to lead in retirement, encouraging others to serve in outreach ministry.

The Southeast District is blessed to have a native daughter come home and lead. A rich foundation in the church was formed for a child at St. James in Pine Bluff. Rev. Morgan speaks lovingly of her relationship about the opportunities that moved her forward in the church. Growing up as a little girl learning to play the piano brought her closer to ministry by providing music for worship in the places that she called home outside of Pine Bluff.

Morgan married her high school sweetheart, graduated from Hendrix College, and set out to develop a home life that would be centered around church participation. Morgan accepted her call to ministry while living in California; her first job was Outreach Coordinator. The coordinator position put her in the community and allowed her light to shine as a true disciple of Christ.

Becoming a female in the pulpit was a slow progression, but Morgan followed her calling and started seminary training, however, this was put on hold due to the illness of her daughter. Moving back to Pine Bluff put Rev. Morgan back in the village that nurtured her in her young years. Rev. Morgan, along with her husband, was able to do outreach ministry as she connected to physicians that healed the serious illness of her daughter. She then completed seminary with a Master of Divinity. Her willingness to serve with humility in her hometown is a light for the first female African American District Superintendent to serve the Southeast area of Arkansas.

You Will Make It

I’ve been driving throughout the state of Arkansas this past week for meetings: Rogers, Little Rock, Batesville, Cotton Plant, Fort Smith and Malvern. Yesterday, as I was traveling west on I-40 towards Fort Smith, I drove right into the teeth of a nasty severe storm so intense it caused me to slow way down, put on my flashers and grip the steering wheel tighter than I’ve gripped it in a while. It seemed as if that storm would never end. But it did. And soon the skies, while still gray, were clear of rain. Life is filled with storms, many of which are deeply painful and seem as if they will never end. But you will get through them. Not on your own, but because God will be on the journey guiding you, giving you shelter and helping you get to the other side. It won’t always be easy and, at times, it will be so overwhelming you’ll wonder whether you will make it. But you. By the grace of God you will.

Yesterday afternoon I joined Pastor Melanie Tubbs, members of Cotton Plant United Methodist Church, local citizens, two former pastors and members of nearby United Methodist Churches for a brief prayer service. We stood in a field adjacent to the burned out shell of their beautiful historic sanctuary that was surrounded by yellow crime scene tape. It was heart-breaking and we grieved. Yet, sadness was not the final word. God’s love is. God’s resurrection power is. God’s hope is. God’s joy is. God’s new beginning is. And the people standing there in that field knew it. And so do I.

What do these three things have in common? Trees leafing out that cause my nose to run and eyes to water? My grandson Henry’s fifth tooth pushing through that makes him uncomfortable and fussy. Karen finally getting her leg extended to the coveted 120 degrees that causes her intense pain and discomfort? They all involve pain that leads to a desired gain. Transformation to something better almost always involves struggle. But once you get there and look back, you forget the pain because you are so pleased with the outcome. This is also true when it comes to growing spiritually. It’s not always easy. Indeed, it’s sometimes painful as you shed old habits and actions, and put on a new and deeper relationship with God. But in the end, you’ll give thanks and praise to God that your pain is insignificant compared to your gain. 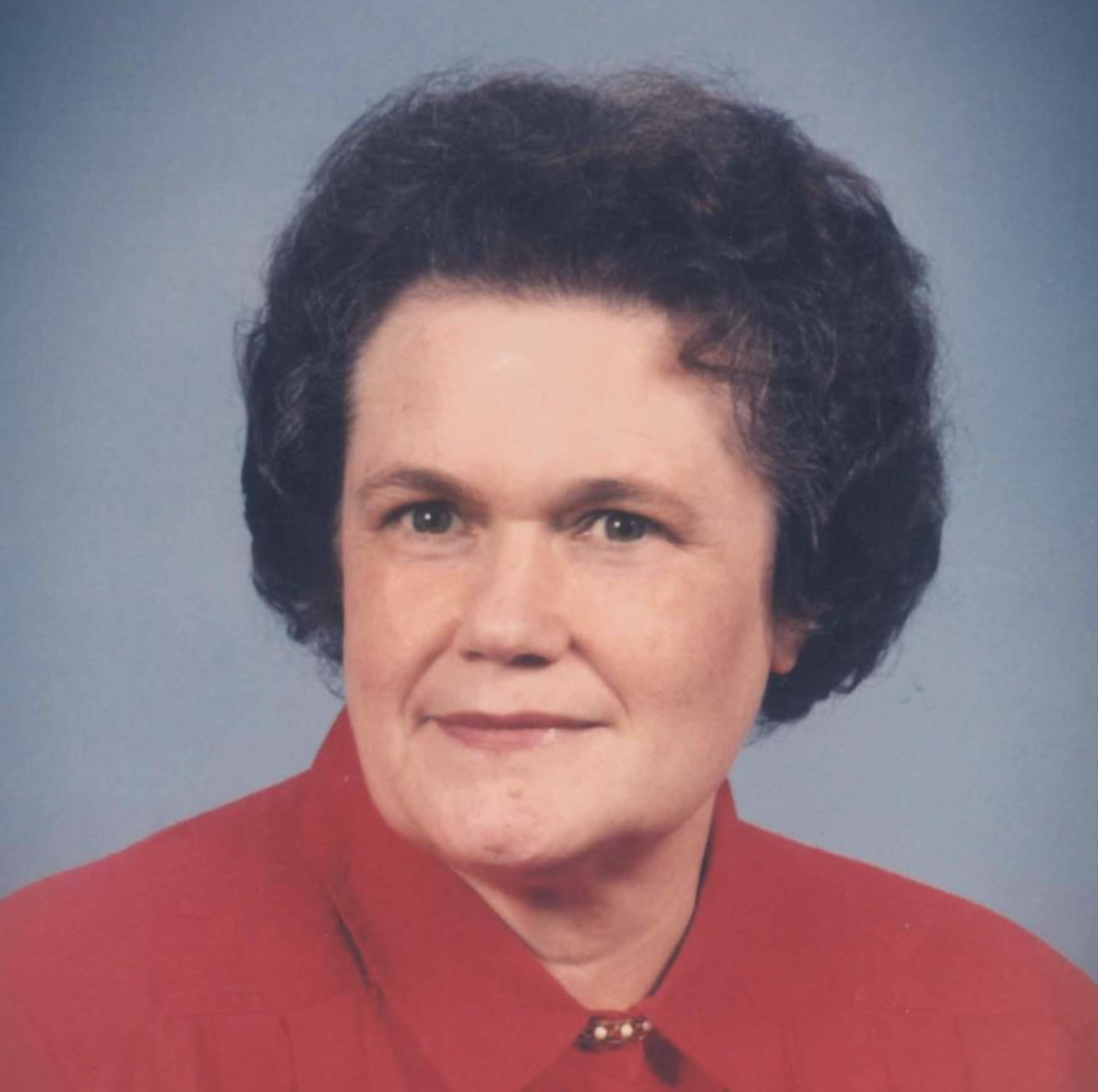 Carolyn J. Harmon, age 80, of Conway, Arkansas, passed away on Saturday, March 26, 2022. She was born November 1, 1941, in Pleasant Valley, Arkansas, the daughter of Clyde Loren Byrd and Lucy Mae Jeffryes Byrd. She was a homemaker and a member of Wye Mountain United Methodist Church. Carolyn was an avid Razorback fan, pianist, alto singer, and a loving wife, mother, and grandmother.
She is survived by her husband, Bennie R. Harmon of Conway; children, Lynn Ross (Terry) Harmon of Wye Mountain, Donna Melton of Danville, and Richard (JanAnn) Harmon of Danville; grandchildren, Emily Harmon, Daniel Melton, Calyn Harmon, Hannah Harmon, Allison Melton, and Austyn Harmon; great-grandchildren, Clayton Harmon, Bentley Melton, Logan Ward, RayLee Melton, Mya Bailey, and Ruger Havner; siblings, Ralph Byrd and Ray Byrd of Houston, Arkansas, Randell (Diana) Byrd of Conway, Karen Byrd of Norman, Oklahoma, and Ronald (Beth) Byrd of Cabot; and many other family and friends. Other than her parents, she was preceded in death by her brothers, Richard, Robert, and Roger Byrd.
Funeral services will be 2 p.m. Thursday, March 31, at Wye Mountain United Methodist Church with Bro. Ron Byrd, Bro. Randell Byrd, and Bro. Richard Gifford officiating. Burial will be at Wye Mountain Cemetery. The family will receive friends from 6 to 8 p.m. Wednesday, March 30 at the funeral home.
More information is available at harrisfuneralhomes.net.
« Older Entries