Winter was my favorite season when I was a kid in Kansas. I loved skating on lakes completely frozen over, sledding, and all the snow and cold. No wonder I’ve always assumed this is what winter should be like. At least until I moved south of the Mason-Dixon line, and had to come to grips with the fact that winter is not a monolithic season defined by a single set of characteristics. It’s actually made up of varying climates and divergent days. Winter can be warm and sunny. Winter can be rainy and cool. And yes, as occasionally happens, winter can still be cold and snowy. In other words, winter is still winter even when it doesn’t seem like winter to me. The same thing is true with God. It’s easy to fool yourself into thinking that God just happens to act only in those ways that fit right into the middle of your comfort zone of how you think God should act. But, frankly, that’s not reality. And it’s certainly not faithful. Which is why it’s important to spend your life following Jesus. Because this is the journey that will help you discover there’s a whole lot more to God than you ever imagined possible.

As apparently did much of America, I watched NFL football this weekend. The games were fun, filled with high drama, close, and two of them involved the taking down of a couple of legends perceived by some to be villains. Great passion was evident in all four games, whether it was the thrill of victory or the agony of defeat. But especially in the weekend’s finale between the Bills and Chiefs. And like so many, I was caught up right in the middle of it. This morning, I’m doing some Monday morning quarterbacking as I reflect on a perplexing question that simultaneously intrigues and disturbs me: Do I become as excited and passionate about sharing God’s love as I do watching a good football game?

I pray this in the strong name of Jesus. 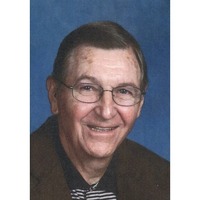 Bill A. Shirron, 85 of Benton, died on January 21, 2022 in Benton, Arkansas. He was born in Sparkman, Arkansas on October 30, 1936 to Guy and Lula B. Shirron. He was preceded in death by his wife, Kathy Shirron. He is survived by his children: Jim (Lori) Shirron of Prescott, Arkansas, John (Paula) Shirron of Cabot, Arkansas, and Ann (J) Clark of Bryant, Arkansas, and his grandchildren: Mallori Williams, Gabe Shirron, Patrick Shirron, Caleb Shirron, Katie Shirron, Samantha Clark, and Emily Clark.

In 1962, Bill became Emmet High School’s basketball coach. He went on to serve as principal and Superintendent there.

From 1966 to 1986 Bill served as counselor, principal, assistant superintendent, and superintendent of Prescott Public Schools. After leaving Prescott he joined the Arkansas Department of Education where he worked from 1986-1988. He became the Arkansas Teacher Retirement System Director from 1988-2002. During his time, he pioneered the “28 and out” and T-Drop Benefit for Arkansas educators. He was awarded the HSU Distinguished Alumni honor in December of 2000.

Bill loved hunting, fishing, jogging, golfing, and gardening. He spent the majority of his time during his retirement in the church kitchen cooking at Salem United Methodist Church. He and his family spent many meaningful times under the Tabernacle at Ben Few Campground near Princeton, Arkansas

Visitation will be Saturday, January 29th from 8 to 10 a.m. at Salem United Methodist Church with services starting at 10 a.m. Graveside services will follow in Sparkman, Arkansas.

I gladly made a small sacrifice yesterday, although I will admit that I did it with some mixed feelings. While Karen and I were in Houston visiting her father and my daughter, son-in-law and grandson, I learned that someone I had a meeting with earlier this week tested positive for Covid. I immediately took a test that was negative, as I will continue to take them over the course of the next few days. And then we immediately packed up and came home. So why did I do it? Because I love my family and especially because I want to do whatever I can not to expose my grandson Henry in the unlikely event that I test positive. So if you ever struggle just a bit to understand Jesus’ sacrifice on the cross, start there. With love. Because it is the heart of everything Jesus does.