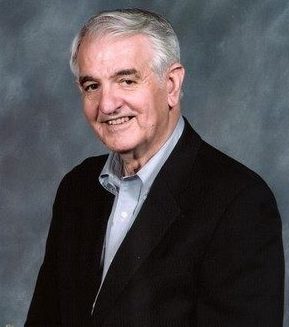 A retired minister, Ed served the United Methodist Church throughout his career in many capacities in Arkansas, Texas and abroad. Ed was a tireless faith leader and worked hard to organize and build ecumenical partnerships across faiths and races and advocate for school desegregation, social justice, world hunger programs and more inclusive communities in the many Arkansas and Texas towns he loved and called home. Later in life, he continued to advocate for greater acceptance of all within the Church, regardless of sexual orientation or gender differences. He was a dedicated servant and champion of others, especially those needing a helping hand. Ed looked for ways to make a difference in people’s lives and he did so with warmth, wit and great empathy.  Ed was a do-er, and he loved ministering with others, always seeking to be an enabler and problem-solver.

Ed is survived by his wife, Patricia Hunter Matthews, and their sons, Mark (Marsha) of Washington, DC and Kevin (Lisa) of Arlington, VA; two grandsons, W. Hunter Matthews of Chicago and James Matthews of New York City; a sister, Betty Jane Perryman of Pine Bluff; and numerous nieces and nephews and their children (who loved his stories at reunions about family life in Old Joe, Arkansas and adventures in Africa). Ed was preceded in death by his parents, Joe and Willie Garner Matthews, his brothers Billy Joe Matthews and Stephen A. Matthews and his sister, Mauzel Beal.

Service and work came to Ed early. A fifth generation Arkansan, he was born August 29, 1934 at Old Joe, Arkansas (“halfway between Calico Rock and Norfork, right where REA power line crosses the highway,” as he was fond of saying).  His parents farmed the hard land of the Ozarks and, even as a child, Ed was working in the fields and breaking mules.  Family members swear they caught him preaching to the cows.  He enrolled in the College of Agriculture at the University of Arkansas in Fayetteville and graduated in 1956.  He became licensed to preach in 1954.  He recounted that he felt moved to the ministry when a soil professor said “You have to set your plow deeper every year.”

Ed met his beloved wife, Patricia, of Arkadelphia, Arkansas, during their years at the University, and they married on June 3, 1956.  For the next 65 years, Ed and Pat worked side-by-side from Arkansas to Africa and back home again.  He earned his Master’s degree in Theology from the Perkins School of Theology at Southern Methodist University in Dallas in 1959 and was ordained as a United Methodist minister.  Ed answered the call to serve as an agricultural missionary in Africa from 1960-63.  With his ordination complete, Ed and Pat and their then 9-month old son, Mark, set off for training in Belgium to learn Swahili before settling in the Belgian Congo for Ed to begin his work as an agriculturist on behalf of the Board of Methodist Missions.

Ed and his family were assigned to locations deep in the bush country, where they lived and worked during the Belgian Congo’s tumultuous years of armed conflict and political strife.  It was not unusual for the family to encounter tanks (once in their front yard) or machine-gun wielding combatants. Despite the danger, Ed and Pat stayed the course as Ed taught modern farming techniques.  He had a life-long interest in solving world hunger and was involved in early efforts to introduce small tractors into Africa – work that was featured in a documentary entitled “Tractor on the Ocean.”   Ed and his team also built one of the earliest runways in their rural post to give Congolese villagers improved access to medical and other supplies.   The family still has the jerky 8 mm home movie of Ed vigorously waving the villagers (who had never seen a plane land) off the runway so the plane could land without hitting them.  At the end of their 4-year appointment with the Board of Methodist Missions, they returned to Arkansas.  Due to the ongoing political strife in the Congo, they remained in the states, and Ed and Pat began service to church congregations.

In 1993, Ed had the great honor of participating in the Interfaith Church Service for the inauguration of President William J. Clinton, as well as several White House Interfaith Prayer Breakfasts.

Ed’s hobbies were woodworking and home improvement, and “striving to be of service” at home and in the community. He remained active after retirement and particularly enjoyed time with his grandsons, Hunter and James, accompanying them to Yosemite, the Grand Canyon and other National Parks.  After his retirement, Ed continued to serve the United Methodist Church. He held positions in interim ministries at Jacksonville, Horse Shoe Bend and Mountain View, serving each as the Conference Coordinator of Intentional Interim Ministries, as well as staff positions at various church agencies.  In every community he served, Ed volunteered for local agencies and was a member of the Rotary Club, and he was always ready to join hands-on mission trips.  He took an active role in preserving the history of Calico Rock and helped establish the Calico Rock Museum and Visitors Center.

Ed was outgoing, kind, and willing to take time for others, believing we are each put here on Earth to make a difference for good.  He felt so honored by recognitions awarded him during his student years and during his ministry.  While a seminary student at SMU he received the B’nai B’rith Award for championing the cause of social justice. The Chamber of Commerce of Fordyce gave him the Outstanding Community Leader Award.  He received the Paul Harris Fellow award from the downtown Little Rock Rotary Club. In 2009, he received the Father Biltz Social Justice Award from Just Communities of Central Arkansas.  The Hendrix College Steel Center in 2014 named him the Ethel Millar Award selection for social justice ministries.

A memorial service will be held Saturday, October 30 at 1 p.m. at First United Methodist Church in Little Rock (live streamed at fumclr.org). Following the service – which will be officiated by the Reverend David Freeman of the Church and Dr. Rockwell Jones, President of Ohio Wesleyan University – there will be a reception at the church. The Church asks all attendees to wear masks. A private interment will be at Mount Holly Cemetery. The Matthews family extends its deepest thanks and appreciation for all the family, neighbors and friends who helped Pat care for Ed in recent years. It will never be forgotten.