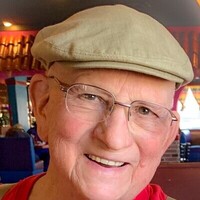 After a long fight with cancer, at the age of 83, David Albert Corbin, husband, Dad, Papa, brother, and friend went to be with the Lord on October 5, 2021, surrounded by songs and prayers and the sweet comfort of his beloved wife, Celeste Corbin.

David was born on July 9, 1938 in Fort Smith, Arkansas to the late Otis and Reva Corbin. He is survived by his wife of 23 years, two children of his own, Rev. DeeDee Autry (John), and Dr. Phillip Corbin (Sarah), three bonus children, Brett Avlos (Kelly), Michael Taylor (Candy), and Catina Morton (Frank), and twelve grandchildren: Emily, Mary, Wyatt, Elliott, Hewitt, and Alex, Madison (Daniel), Noah, Jonah, Nick (Jackie), Jesse, and Jenna – who he loved immensely.  He is also survived by his siblings Vanis Corbin, Ruth Corbin (Al), Nancy Helms, and John Corbin (Peggy).  He was preceded in death by his brother Arnold Corbin.

Following David’s graduation from Fort Smith High School in the year, 1956. David enlisted in the Navy where served as an Aviation Mechanic stationed in Pensacola, Florida. He settled down in Fort Smith where he worked at the Fort Smith Fire Department and on the side, a handyman in interior design. After retirement from Cintas Uniforms, many in the community knew him by “Papa Sno-Cone.” He and his wife brought smiles to many faces at Papa’s Shaved Ice located at the corner of Kelley Highway and 50th Street. Together, they enjoyed traveling, camping, and visiting with family often. He was also active in the Reynolds Cancer Support House, American Cancer Society, River Valley Regional Food Bank, and sang Karaoke. Arrangements are under the direction of Lewis Funeral Chapel in Fort Smith, AR.