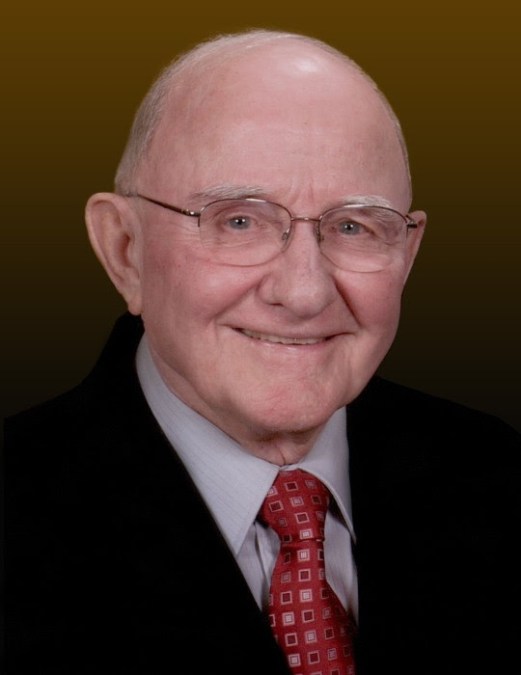 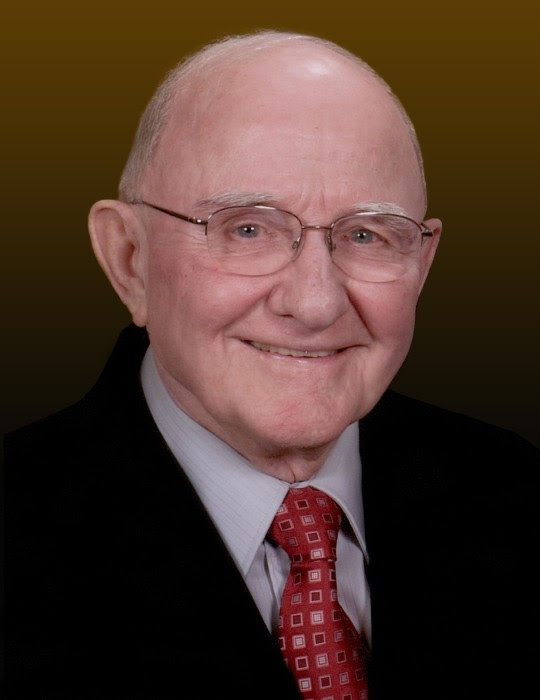 Rev. Ben F. Jordan of Little Rock died August 16, 2021. He was born in Rhome, Texas on July 16, 1926 the son of Reverend John R. Jordan and Susan Edwards Jordan. He grew up in Clinton, Arkansas. He was a graduate of Clinton High School, Hendrix College, the Perkins School of Theology at SMU and in 1978, received a Doctor of Divinity Degree from Hendrix.

Other survivors are four nieces Sally Ferguson Campbell, Michele Jordan Peterson, Kathy Jordan Terracina, and Eileen Jordan; one nephew Brad Jordan, and nineteen great nieces and nephews. He was preceded in death by his parents, his sisters Lona Ferguson and Evelyn Hendricks, and brothers Brad, Johnny and his twin brother Jimmie L. Jordan.

After graduating Clinton High School Ben, like his father, answered the call to ministry in the Methodist Church. While attending Hendrix College in Conway, AR he pastored churches on the Van Buren County Circuit. He met his Marie (Trawick) at her grandmother’s church at Fairbanks. As Marie entered the church Ben knew she was

the one he would marry. lt was a mutual first love. They were married May 18, 1950 in Quitman, AR and moved to Texas where Ben attended the Perkins School of Theology at Southern Methodist University. After graduating from Perkins, they moved back to Arkansas to pastor churches.

The most defining moments in Ben’s life were his marriage to Marie and the birth of their two sons who were born in Jonesboro, AR. He loved to recall their growing up years when he never missed a band concert, at home or away football game where their band played, church, school, or scouting event. He loved Marie’s family as his own.

Vacations were extra special, whether at the beach in Florida, the mountains in Colorado and New Mexico, or visiting museums in D.C. and historic places on the east coast. Tent camping on the Buffalo River and Greers Ferry Lake, and spending peaceful times on the family farm at Quitman AR. were highlights. A canoe scouting trip through Canada with Steve and Chris was a special event for Ben.

He had a special bond with each granddaughter, and his grandson. He was privileged to attend the girls’ school events, plays, piano concerts and ball games. A special joy was seeing his grandson Joshua play baseball in Seattle, Washington.

Ben’s work ethic grew out of his keen responsibility for family. He was 8 years old when his father died. Ben, his twin brother Jimmie, and their mother all worked to keep the family going. They were grateful for the help of older siblings and the good church and community people of Clinton, Arkansas.

Ben had a positive, energetic, one of a kind, outgoing personality. He had the gift of affirming everyone he met and making them feel special regardless of their circumstances in life. He was a workaholic and there for his church members 24 /7.

His church members- loved him for his kind, compassionate, pastoral care.

Dr. Jordan was a United Methodist pastor, administrator, and minister for  seventy years. He

pastored churches at Houston, AR and the Van Buren County Circuit while a student at Hendrix College. While in seminary in Texas he pastored the Era-Spring Creek Churches, and the Asbury Church in Denton, TX.

Other pastorates in Arkansas were at Monette; Huntington Avenue, Jonesboro; Osceola; First Church, Newport; First Church, Conway; First Church, North Little Rock; and Central Church, Fayetteville and was District Superintendent of the Conway and Paragould District s. After retirement he served a special church he absolutely loved and his longest pastorate, at the All Souls Interdenominational Church in Scott.

Dr. Jordan was elected delegate to two General Conferences of The United Methodist Churches and four Jurisdictional Conferences and served as a member of the General Church Commission on Communications.

Dr. Jordan also served the North Arkansas Conference as the chairperson of the Conference Boards of Finance and Administration, Missions, and Evangelism. He was privileged to visit mission work in South America in the 1960’s and preach in Brazil churches. He led the Paragould District in forming a District partnership with the Native American Methodist Churches in Oklahoma.

Dr. Jordan was a faithful pastor to the people of his churches and the communities where he served. He gave a strong pulpit and public witness to personal faith and social justice. Ben loved talking and telling stories with everyone he met. But most of all, he is remembered for his love for his wife of 71 years, his sons, grandchildren, and his devotion to family. We miss him.