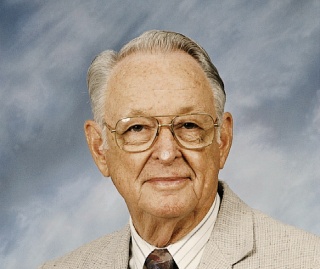 Rev. Charles Olson Walthall age 96, of Stamps, AR. passed away May 20, 2021, one day shy of his 97th birthday. He was born May 21, 1924 in Minden, LA to Benjamin Edward and Elizabeth Walthall. He was a member of the United States Army Air Corps. He served in WWII as navigator on a B-17 and flew 34 missions over Germany which earned him a spot in “Lucky Bastards” Club. He also served as minister for the United Methodist Church for many years and earned the title of Pastor Emeritus. Rev. Walthall was a member of the American Legion and enjoyed hunting, fishing, hunting arrowheads and especially enjoyed singing. He was the leader of the Nursing Home Singers, but his greatest passion was spreading the love of God.

He was preceded in death by his parents, his wife of 75 years, Lurline Walthall, two brothers, Bernice Walthall and Kenneth Walthall, one sister Betty Jo Stevens and two grandchildren Richard Lee Harris II and Lucretia Harris.

The family is very grateful for the staff at Dudneywood and Encompass health for their help, love, care and friendship also a special thanks to caregiver and special friend Sheila Beasley.

Funeral services will be held 2 P.M. Monday, May 24, 2021 at the First United Methodist Church in Stamps, AR. and interment following at Oak Grove Cemetery in Stamps, AR. with Rev. Phil Worley officiating and Steve Walthall and Gary Rivers speaking under the direction of A.O. Smith Funeral Home.