Left to right: Kris, Lauren and Steve DeLano at Lauren’s ordination in 2016.

Legacy clergy families are something that we’re quite used to in the church. There are countless examples of the children of clergy, or their children’s children, deciding to enter into the family trade and become the pastor of a church, just like generations of family members before them.

It’s not often that you hear about the parent of a clergy member deciding to follow in the footsteps of their child, but for Steve and Lauren DeLano, that’s exactly what happened.

“I grew up going to Central United Methodist in Fayetteville and I was always looking for opportunities to be in leadership and serve. So as soon as I could be a Vacation Bible School leader in middle school, I was doing that. That later led me to lead a small group of 7th-grade girls when I was a senior in high school,” Lauren said.

Lauren said she never thought about life as a pastor leading a church until she attended her higher education at Hendrix College in Conway, Arkansas. There, she met two people who influenced her life and led her on the path to becoming an ordained elder in the church.

“I met Rev. J.J. Whitney and Rev. Wayne Clark, who were the associate chaplain and chaplain at the time. I was at Hendrix, and we were having a lot of conversations about vocation and calling,” Lauren said. “It had never occurred to me to think about being a pastor or how people became pastors. I’d never seen a female pastor in leadership in the church until J.J., so she was super influential in my call story.”

Conversations with Whitney lead Lauren to answer a call to ministry and attend her seminary education at Boston University, where she graduated with a Master of Divinity in 2016.

Lauren said she originally went to seminary to become a youth pastor but decided quickly to change that path when she realized she didn’t have the patience for youth ministry. 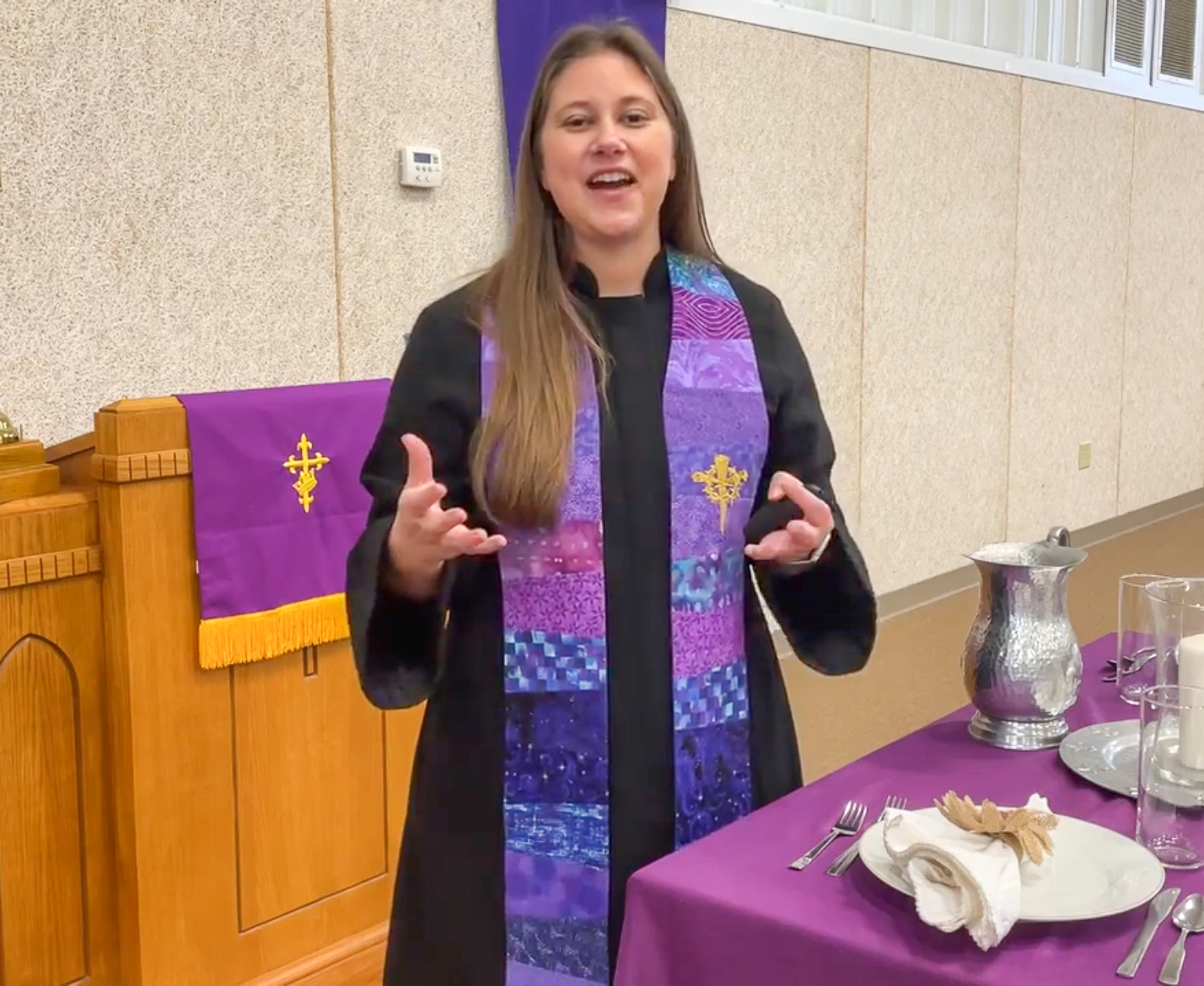 Like most seminary educations, Lauren’s studies at Boston University involved numerous research projects and papers, and she found herself turning to the best editor she’s ever had to proofread her papers, her father.

“I was really proud when I found out that Lauren wanted to pursue ministry. I remember being very humbled because God was calling my daughter to serve Him,” Steve said. “And then when she started asking me to help her proofread her papers, that’s where my interest in ministry really grew.”

Steve and Lauren said that through Lauren’s seminary work, they were able to have conversations on theological and social justice issues that they had never discussed in detail before then.

“And then my son, Matt DeLano, ended up deciding to go to seminary as well and is now a pastor in the Church of Christ church. So I had something like six straight years of having a child in divinity school and assisting them in their work how I could,” Steve said.

Steve said that his wife, Kris, sometimes looks like the odd one out in the family now, since she’s the only one in the DeLano family he hasn’t pursued a career in ministry.

“But a big part of this story is her mother — and my wife, Kris — who has been an encourager and supporter of all of us throughout.” 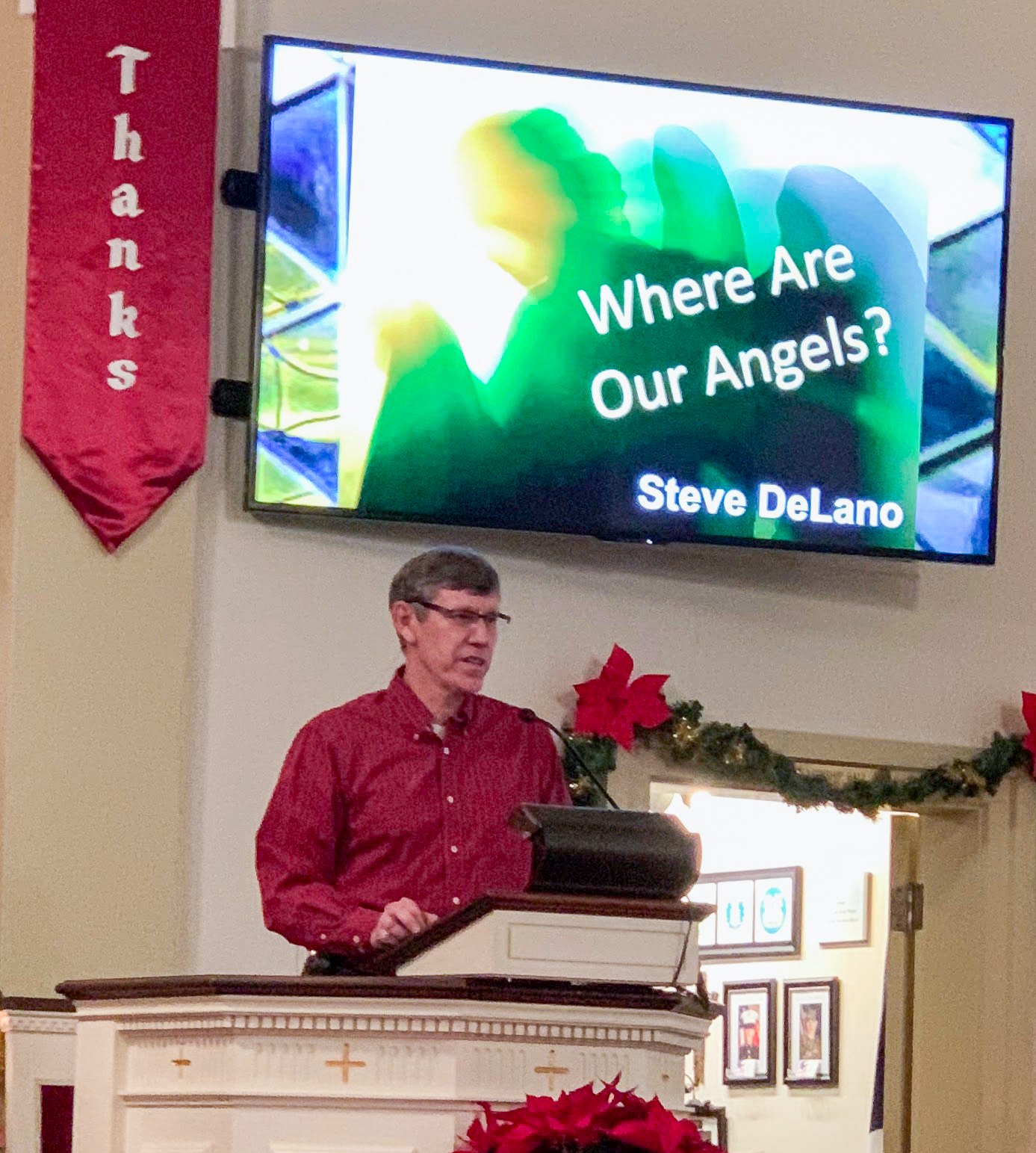 Lauren said that by having her father proofread her papers, she was able to see new perspectives and ideas that she wouldn’t have otherwise considered. And now, as a pastor, Lauren continues to have her dad proofread her work, but this time it’s for Sunday morning sermons.

“That, I think, has been really helpful because he and I vary on our beliefs theologically, socially, and politically. And so it’s helpful for me to have a different lens reading my sermon so that when I’m preaching to my congregation, who’s not all like me, who might be more like my dad, that I get a different perspective. He’ll point out things like ‘you know, you said this thing here, but that might not be true for all people or some people might hear that in a way you’re not intending.’ And so it’s really helpful to have his lens, to give me more to think about and to challenge me when I’m preaching,” Lauren said.

Steve and his wife, Kris, moved from Arkansas to Wisconsin in 2015. The company that Steve worked for provided a great opportunity for him in the Midwest and Steve said he couldn’t turn down the offer.

However, in 2019, Steve’s position was eliminated at his job, and it appeared he was at a crossroads in life.

“I took that as a sign that it was time to move on and pursue a career of discernment, whatever that meant, and it eventually led me to pursue a career in serving others and God. It led me to be a licensed local pastor,” Steve said.

Lauren and Steve attending a college football game together.

The Rev. Steve DeLano became a licensed local pastor in the Wisconsin Annual Conference and currently serves as the pastor at Mayville UMC in Mayville, Wisconsin, where he was appointed in July 2020.

Steve said that all the years of reading Lauren’s papers and sermons really helped him to strengthen his theology and sort of get a head start when it came to receiving his local pastor license.

He also credits Lauren’s sermons as a reason that his perspective on certain issues has changed, specifically when it came to social justice issues.

“Probably the biggest impact that Lauren has made on me, though, is really on social justice issues, because I grew up as a conservative Kansan, and now I’m much more moderate in my thinking. She’s been able to share experiences with me that I haven’t had, and that’s really been able to shape me,” Steve said. “And it’s really fun to be able to look to her as my friend and colleague, not just my daughter because usually, it’s the other way around where you’re calling up your parents for advice.”

Steve said that although he really loves being a pastor at his church, he doesn’t think full-time ministry as an elder is in the future for him. He eventually wants to be able to retire with his wife, and settle someplace warm, like Arkansas or Texas.

Lauren, on the other hand, is now approaching her first year as the senior pastor at Vilonia UMC. There are many more years ahead for her career as a pastor, but she’s certain that she’ll continue to reach out to her dad for advice on a new sermon she’s writing or to get a new perspective on an idea that’s floating around in her head.

“I don’t think we’re really that different from each other. Ultimately, our goal is the same: finding the best way to love and care for people.”