The Arkansas Conference of the United Methodist Church will be starting 2021 off with the announcement of some exciting new leadership changes. Bishop Gary Mueller has appointed new District Superintendents to the Southeast, Central and Northwest Districts.

The Rev. Edna Morgan has been appointed as the new District Superintendent and Chief Mission Strategist for the Southeast District, and the Rev. Dr. Ulysses “U.C.” Washington has been appointed the new DS and Chief Mission Strategist for the Central District. Morgan will succeed the Rev. Mark Norman, who has served as the DS for the Southeast District since 2013.

In addition, the Rev. Dr. Blake Bradford, who has served as the Central District Superintendent and Chief Mission Strategist since 2018, has been appointed to serve as the DS and Chief Mission Strategist for the Northwest District. Bradford will take over from the Rev. Stephen Coburn who is retiring this year after serving the Northwest District as DS since 2015.

In the Southeast District, Rev. Morgan will take over as District Superintendent and Chief Mission Strategist on July 1.

The Rev. Mark Norman is looking forward to the next role he will play in the Arkansas Conference and knows that the Southeast District has been able to accomplish a lot in the time he’s served as DS.

“I’m really proud of the way that our District office has been able to engage the mission field. We’ve focused a lot on engaging with our community through food pantries and church partnerships, and working really closely with 200K Reasons to fight hunger in our district,” Norman said. “We’ve also been blessed to have pastors who come to the Southeast District from other places who have been able to bring their own experiences and energy, and appointments at our churches have been a success in nearly every case.

Norman has served the Arkansas Conference since 1998. His first appointment was at Wesley Chapel in Little Rock. He then went out to serve at St. Paul UMC in Maumelle, Rossville UMC in the Great Plains Conference, and as an associate pastor at Benton First UMC.

He is married to the Rev. Natasha Murray and they have two children, Kelly, who is studying Psychology at Hendrix, and Mylas, who is studying Art Education at the University of Arkansas at Pine Bluff.

“Rev. Norman has served faithfully in the Southeast District for more than eight years, and during that time, the District has grown even stronger and more focused on making disciples for Jesus Christ. I will miss his wise and faithful counsel with which I’ve been blessed for the past eight years, but know Rev. Norman will continue to serve with distinction in his next endeavor,” Bishop Mueller said.

Rev. Morgan received, with honors, her Bachelor’s Degree in Music Education from Hendrix College in 1974; Master’s Degree in Educational Supervision and Administration from Roosevelt University, Chicago, in 1982; Master of Divinity in 2005 from Memphis Theological Seminary; and, after completing Clinical Pastoral Education at JRMC, she was Board Certified by the Association of Professional Chaplains in 2007.

She completed, with honors, a Masters in Counseling at the University of Arkansas at Little Rock in 2014 and received her license as an Associate Counselor in 2019 from the AR Board of Examiners in Counseling.

Morgan’s last appointment was at Hawley Memorial UMC in Pine Bluff, where she has served since 2016.

“Rev. Morgan has a heart for the Southeast District, as she has served there for 20 years. Her passion for bringing the gospel to the broken has been clear throughout her faithful service in the Arkansas Conference,” said Bishop Mueller.

She accepted Christ as her personal savior at age 12 at the church where she would later serve as pastor, St. James United Methodist Church in Pine Bluff. Her husband, David Morgan, is a retired local pastor in the Arkansas Conference, and together, they established a 501(c)(3) non-profit retreat center, Healing Place Ministries, in 2004 that serves the Pine Bluff community.

“I am looking forward to meeting all of the pastors and laity in the Southeast District. I am grateful to God for this opportunity to lead and assist our District in reaching out to those who are broken, hurt, and lost during these challenging times as we make disciples for Jesus Christ for the transformation of the world,” Morgan said. “I know it will be exciting and challenging, because of the times in which we live. I am quite fond of this District, where I was nurtured from childhood to adult. It is an honor and privilege to serve with the Body of Christ in the Southeast District.”

Edna has been married to David for 48 years, and they have two daughters, Michelle and Teresa, and four grandchildren, Nathan, Regina, Noah, and Nicole. All of them currently reside in Pine Bluff.

The Rev. Dr. Blake Bradford will be leaving his role as Central District Superintendent and will take over as the Northwest District beginning July 1.

“I am honored to be asked to serve in this capacity. I do not take lightly that this is an investment of faith in many ways. I can only imagine the many hats one must wear as a District Superintendent/Chief Mission Strategist; however, I will always seek to keep my focus clear,” Washington said.

Washington has been senior pastor at Highland Valley since 2018. Previously, he served appointments at Theresa Hoover Memorial UMC in Little Rock for two and a half years, and Mission UMC in Fort Smith for 13 years.

Before serving as an elder in the United Methodist Church, Rev. Washington was a pastor in the Christian Methodist Episcopal (CME) Church for 26 years.

“I have spent a lifetime pastoring local congregations, which will certainly be a different step for me. And in many ways, a different step for the Arkansas Conference of the United Methodist Church. However, I trust the same God in this- that I have trusted across the many years of trying to serve and be of service to God’s people and his kingdom expansion.”

Washington said one of his goals for the Central District is to bring a more diverse group of people into the faith community of the United Methodist Church.

“I believe, and I hope others believe or will come to believe, that our Christian Witness is better realized in a community of diversity. When a wider array of people shapes the work of God’s kingdom efforts together, something special is communicated. This will require intentional efforts, specifically linked to people’s inclusion from diverse walks of life. It has been said, ‘All of humanity is one family, which God desires to unite,’” he said.

Rev. Washington has a Doctorate in Ministry, Pastoral Leadership/Homiletics from Phillips Theological Seminary in Tulsa, Oklahoma.

He has been happily married for 44 years to his wife, Mona. Mona is a retired educator. They are the proud parents of two adult sons, Garry and Michael. Pastor Washington enjoys sports, exercise, good movies, history, spending time with family, various music such as gospel, contemporary spirituals, Motown, blues, and country.

“I am grateful for the spirit of unity through diversity that Rev. Washington brings to the Central District,” Bishop Mueller said. “He has already been an impactful voice in the Arkansas Conference for dismantling racism and we welcome him with great joy.”

The Rev. Stephen Coburn has been the District Superintendent for the Northwest District since 2015, and after almost 40 years in ministry, he will retire on July 1.

“Rev. Coburn has served the Northwest District with a mission strategist’s mind and a servant’s heart. I wish him the very best in his retirement. I look forward to seeing his wonderful photography of our beautiful nation, and hope to be able to attend one of his photography shows again soon,” said Bishop Mueller.

He said that two of his biggest achievements as DS was helping to develop the Centerton project with The Vine of NWA.

“With that project, we have the opportunity to be at the forefront of the development of an area, rather than coming in and starting a church in an already developed community. We have the unique opportunity to help define the community there,” Coburn said.

He also cites having a part in appointing a diverse range of pastors to new areas that are “outside of the box.”

“The appointment of young clergy and female clergy and cross-cultural appointments, that’s something that will have a lasting impact on the annual conference,” he said.

But the position of DS is in many ways quite different than leading a church, and Coburn said he’s learned a lot about what it means to lead in a Conference that has a variety of beliefs and ideas.

“You have to learn to lead from the center. Because, in the conference and in the district, we have such a diversity of thought and theological perspective. That even though as a superintendent, each of us may have our own personal positions, it’s important to not let those get in the way of leading. We really have to lead from the center so that we have the ability to speak to everyone and be in relationship with everyone, and not get pulled into a corner and let tribalism take over.” 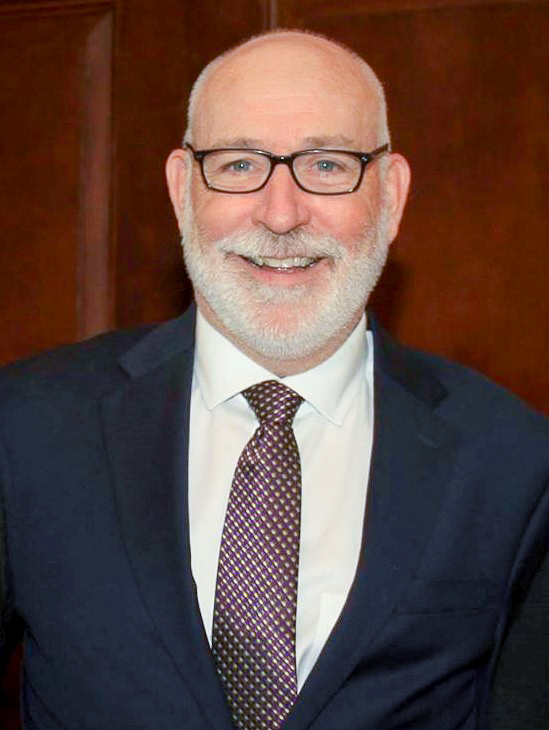 Rev. Stephen Coburn will be retiring this year.

The Rev. Dr. Blake Bradford, who currently serves as the Central District Superintendent, will be the new Northwest District Superintendent beginning July 1. Bradford said his focus as DS will be to continue building on the work that Coburn and the churches of the Northwest District have already put into motion, while also figuring out what the post-COVID church will look like going forward.

“Rev. Bradford’s tenacity for strategic growth and development will be a huge asset for the fastest growing district in our Conference. I look forward to him continuing to serve as Dean of the Appointive Cabinet. He will be a blessing to all of the churches in the Northwest District,” said Bishop Mueller.

“I think that opportunities will abound to help connect people to each other and connect people to Jesus. People are going to be looking for community, and so the question then is, ‘how can the church respond to the opportunity and the challenge of this moment?’

“You know, COVID has really sped up all these trends in the church. Things that we thought would probably happen in Arkansas and the Northwest District in the next five years are actually happening now. Churches have to respond and connect to a world that is different today than it was before March 2020. I’m humbled to continue as a Superintendent, and I am grateful to Bishop Mueller for the opportunity,” Bradford said. 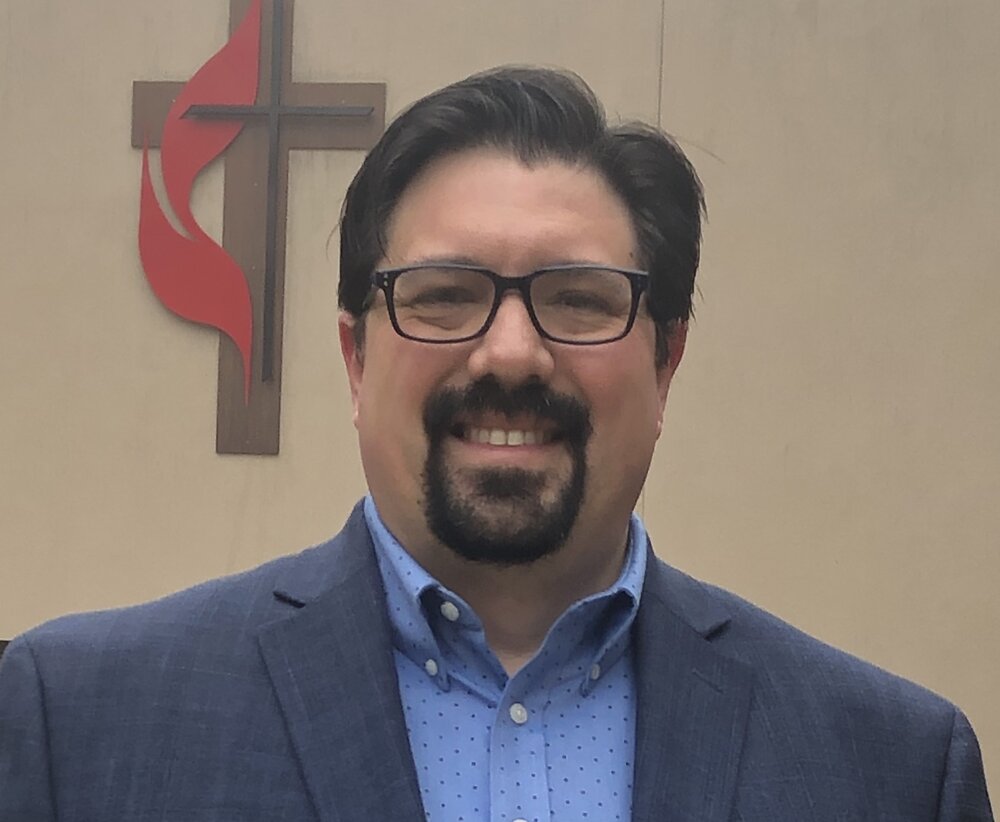 As far as taking over the DS appointment from his friend, Bradford said that they will be big shoes to fill, but he’s happy that Coburn is going to be taking some much-needed time off to pursue his other passions, namely photography.

“I got to really know Stephen when we both served on the Board of Ordained Ministry years ago, and I’m excited for him to start a new chapter of his life and wish him a wonderful retirement. I can’t wait to see the great photography that he’s going to do around our country. I’ll be doing my best to follow such a great church leader.”

Coburn said he’s also looking forward to retirement and spending more time with his grandkids. He also has hope for the future of the United Methodist Church.

“I’m very grateful for the opportunity to have served on the cabinet and I look forward to seeing what new life emerges from the church. I have every confidence that the future is hopeful and the gospel will continue to be proclaimed.”