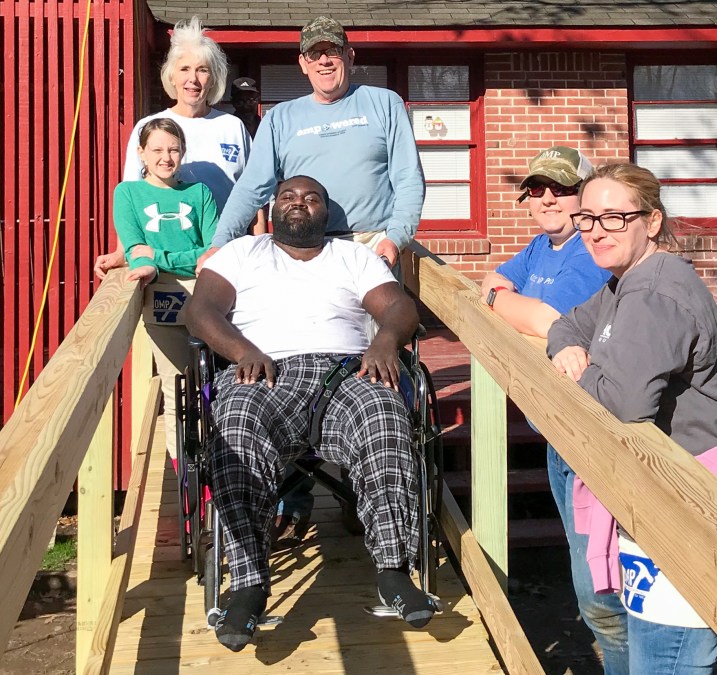 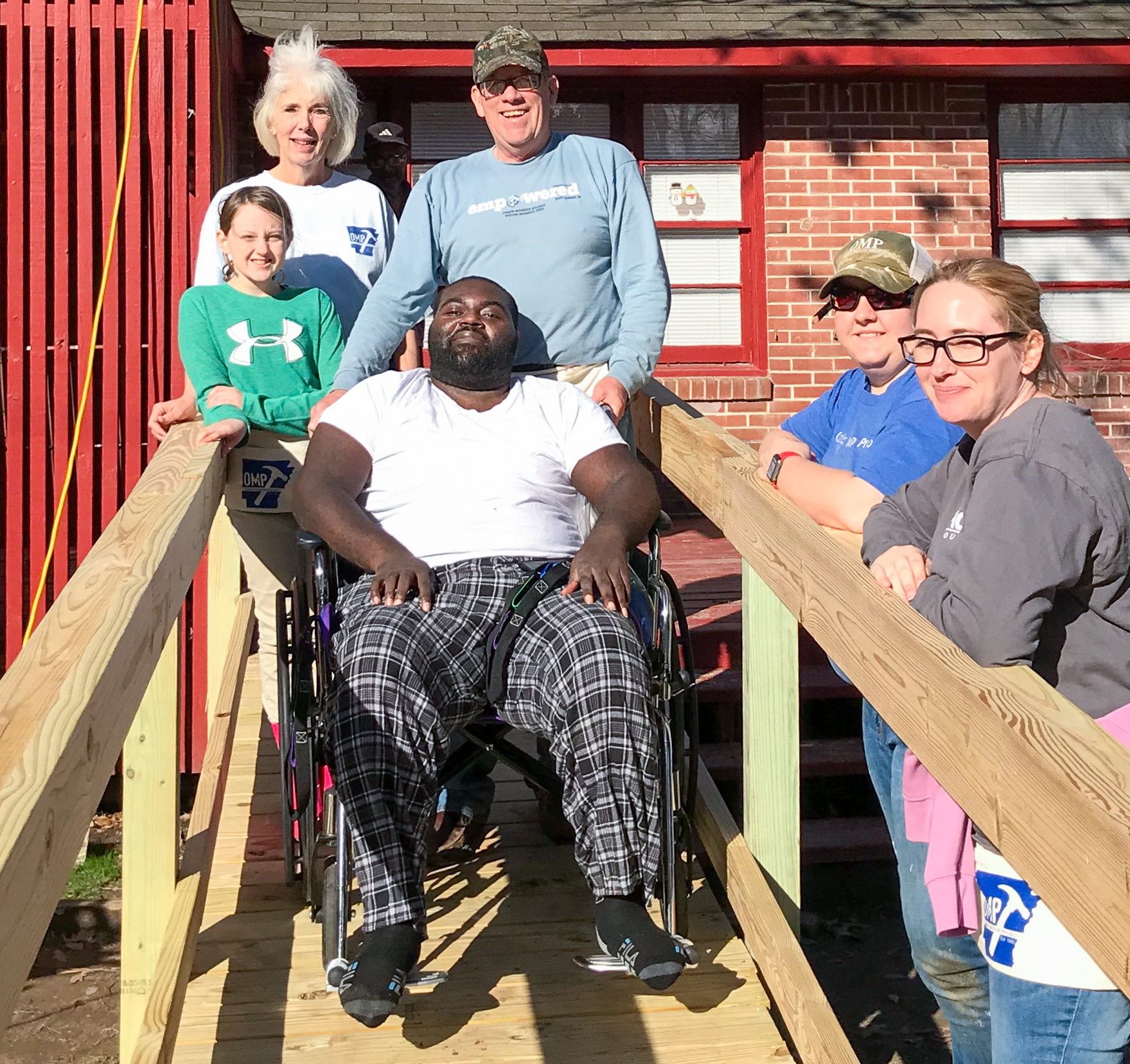 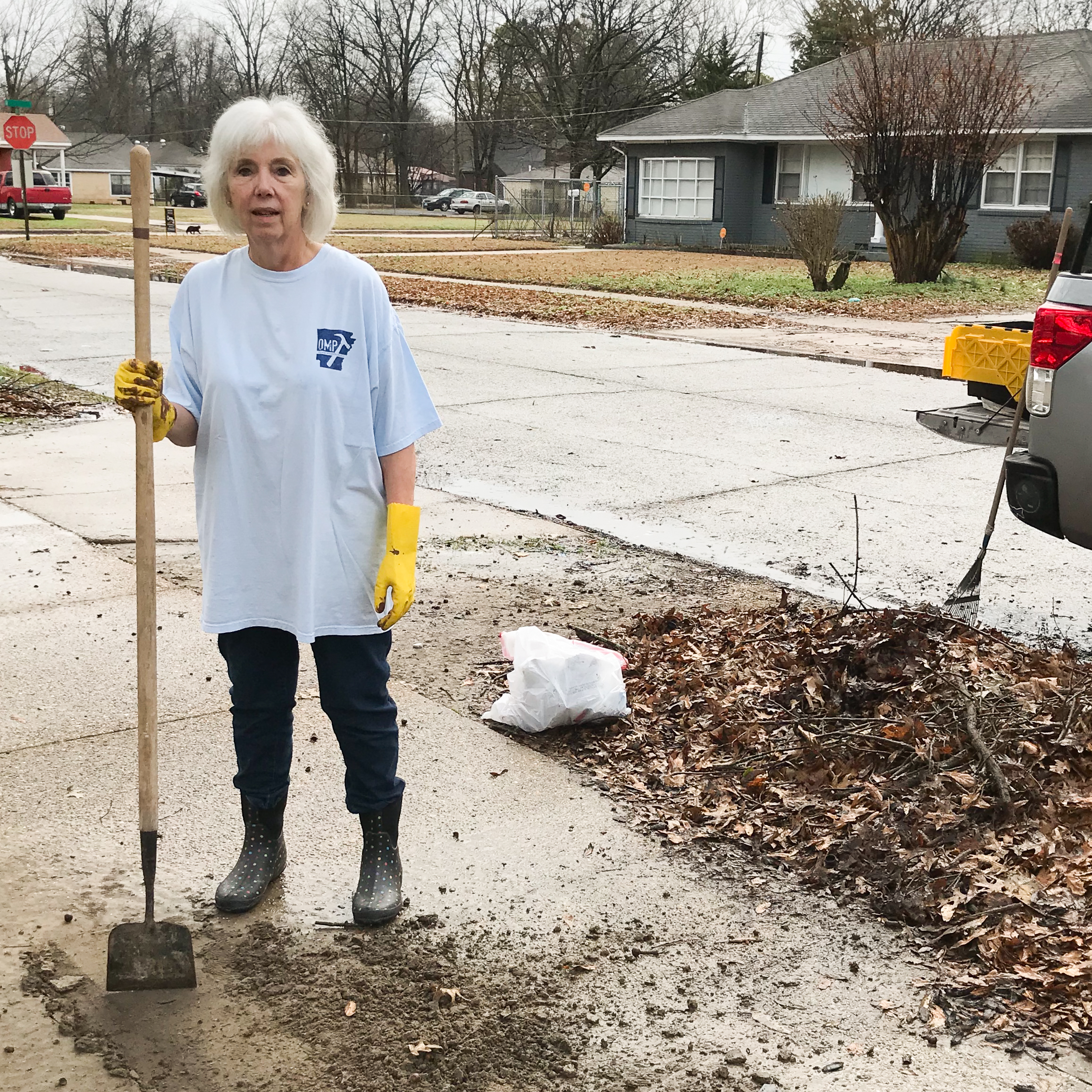 Liza Godwin poses with a shovel during the wheelchair ramp build. Godwin said a smooth landing for the end of the ramp was needed, so she was put on mud detail that day.