Contrary to the image it conjures up, Leap Year is not about skipping something. It’s a day to catch up with the little extra time that accumulates every day to make the calendar work. So what do you need to catch up with? Maybe it’s Jesus, because you’ve been going your own way. Or a loved one with whom you’ve been sharing time, but not your heart. Or even the gift of life, because you’re so busy you don’t stop to ponder and wonder about the majesty of life. Don’t wait four years to catch up – do it every day. 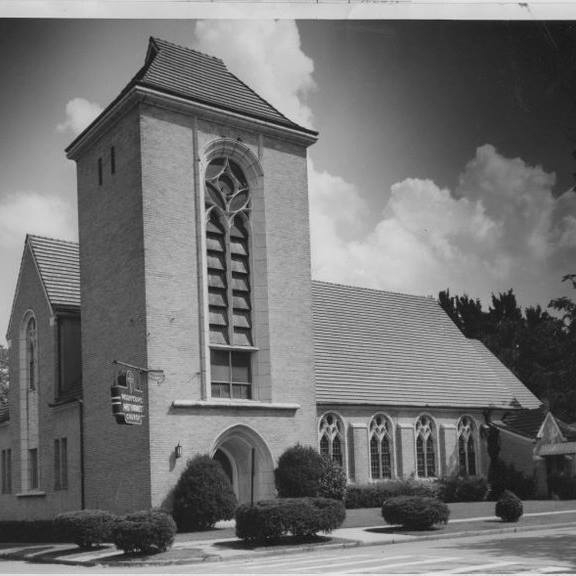 Our final week of Black History Month celebrates not a person but a place: Wesley Chapel United Methodist Church in Little Rock, Arkansas.

A long history of church restructuring happened throughout the late 19th and early 20th centuries, but in 1927, the present structure where Wesley Chapel sits today was constructed.

In 1968, the church became a part of the Southwest Conference of The United Methodist Church and changed its name to Wesley Chapel UMC.

The Rev. Ronnie L. Miller-Yow, Dean of Religious Life and Campus Culture for Philander, has served as pastor at Wesley Chapel since 2003.

We hope you have enjoyed this five-part series, and have learned something from these articles. Please continue to send us the names and pictures of historically important Arkansas black Methodists to cfc@arumc.org.

Freed from a Self-Defeating Cycle

You know what a struggle it is to take God into real life. When you should trust God, you do it by yourself. When you should be compassionate, you become judgmental. And when you should fully embrace God’s hope, you fixate on everything that could go wrong. So how can you be freed from this self-defeating cycle? By embracing God’s unconditional love, amazing forgiveness and unending patience. When you do, you’ll discover that it’s not about how short you fall – rather it’s all about how God can use your failures for good.

It can be easy to believe that God loves you because you are special. You are, but not in the way you probably think. You’re not special because of anything you’ve done, you’re special because God’s love in Jesus makes you special regardless of who you are, regardless of what you have done and regardless of what you – or anyone else – think about you. The consequences of this are life-changing because it means nothing can ever erase, steal, diminish or take away your special identity that God has bestowed on you.

A Day of Ashes

It begins with receiving ashes on your forehead. It involves repentance, reflection, introspection, honesty and laying yourself bare. And sometimes it means you give up something. These things – and so much more – are tied up in a remarkable holy time of 40 days that begins today for those who seek to follow Jesus more faithfully. There’s nothing magical about receiving ashes, just as there’s nothing righteousness-generating in engaging in a disciplined behavior for 40 days. What matters about this day of ashes is getting serious about Jesus who is eternally serious about you.