On this last day of the year, I’m both grateful for all the blessings, surprises and God moments, and deeply regretful about those things I wish I had not done, had done differently or could fix. While I can’t relive a single one of those days, I can do something about 2020. It won’t involve a long list of resolutions I’ll break before the end of January. It will be far more important soul work – doing everything I can to fall more passionately in love with Jesus who already is passionately in love with me.

Pay Attention to Your Wants

It’s an odd time of year. Christmas still lingers, a new year beckons and you’re working hard to get life back to normal. But if you pay close attention, you’re also aware that you’re yearning for more than just normal. You want more love that seeks you out, more passion about something that really matters, more hope that cannot be extinguished and more joy that is contagious. Pay attention to your wants! It is the Holy Spirit stirring your soul to receive what God can’t wait to give you.

The Chancel Choir led by the Rev. Danny Reding, Associate Pastor for Worship Ministries, performed for the Chapel dedication.. || Photo by Lori Krie

The trio of windows in the balcony of the chapel are original to the building. They were created by Jacoby Art Glass in St. Louis, Missouri.|| Photo by Lori Krie

Balcony view of the newly renovated space. The space is a combination of traditional and contemporary. Original flooring, lights, windows, and architectural features were saved. State-of-art lighting and sound were added. The pews were replaced with chairs so the space would be more versatile. The chancel was updated for contemporary service. || Photo by Lori Krie 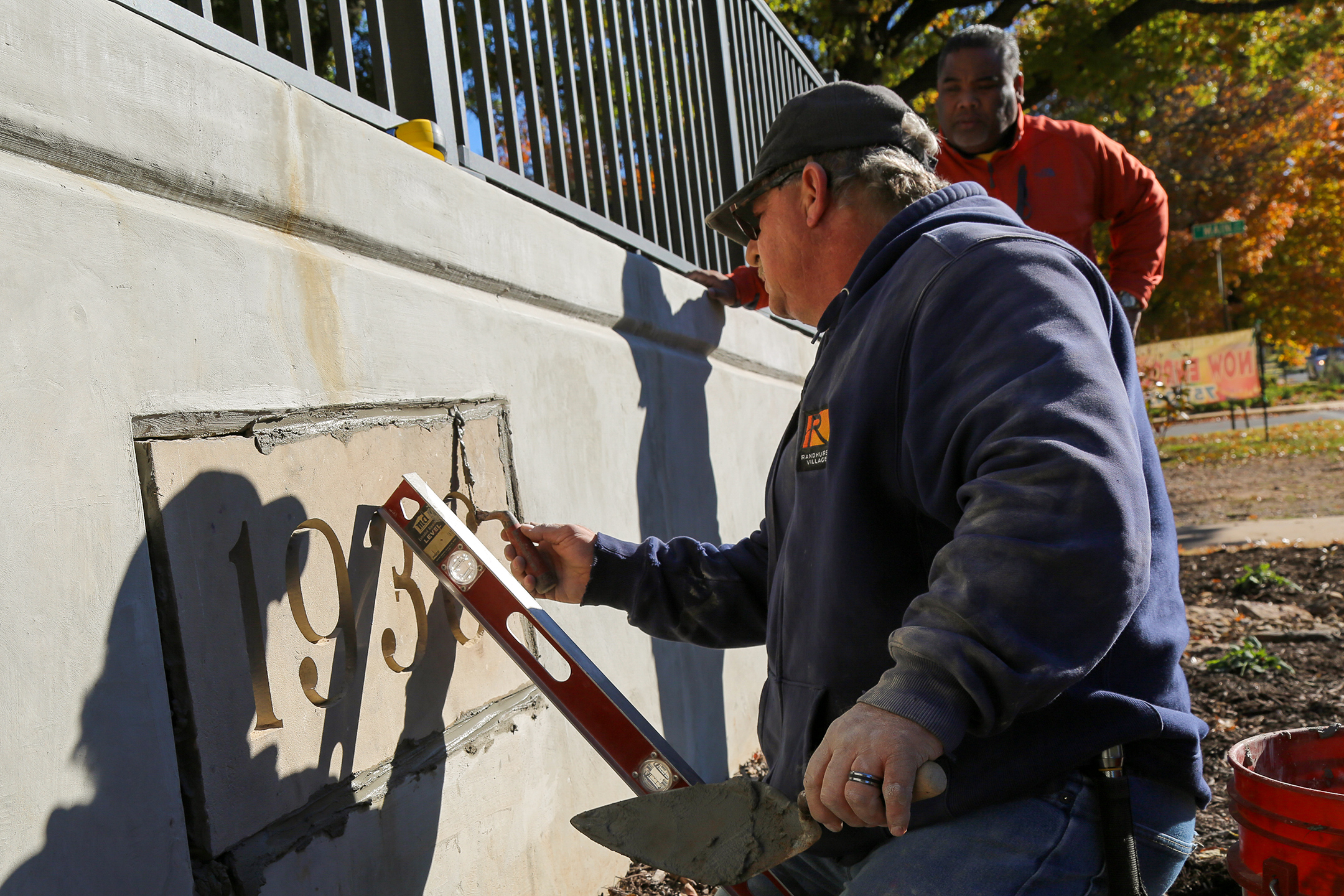 Renovation Committee Chairperson Mary Stockland spoke to the congregation during the dedication of the Chapel. || Photo by Lori Krie

In November, First United Methodist Church Springdale celebrated the opening of their newly renovated chapel. The project, according to Senior Pastor Andrew Thompson, began in the fall of 2017 with a fundraising campaign, and all of the money needed to fund the project was raised by the congregation.

The original chapel was built in 1936 and served as the main sanctuary of the church from 1936 to 1980. It is the oldest existing part of FUMC Springdale, but was left pretty much unused for almost 40 years.

The Chapel, as the church calls it, now holds the Cornerstone worship service. It seats 250 compared to the sanctuary’s 650 capacity, making it a more intimate worship experience.

Springdale First was also able to add an ADA-compliant ramp, making The Chapel handicap accessible for the first time in its history.

Pictures from the dedication ceremony held on Nov. 3, as well as shots of the interior of The Chapel, can be seen on the following pages.

May Your light shine on us every moment, and overcome our fear, show us Your way, warm our hearts and fill us with hope.

May Your light shine in us every moment, so we are transformed from the inside-out and are filled with Your compassion, Your joy, Your justice and Your hope.

May Your light shine through us every moment, so we can share it with others by living with joy, sharing Your grace, reaching out in acts of mercy, striving for justice and enabling others to experience Your ultimate hope.

We pray this in the name of Jesus.

Why does it sometimes feel like bad things happen more often to you than good things? Probably because it’s easy to take the good things for granted, and give all the bad things so much weight they end up becoming a powerful, even dominating, force in your life. So what do you do to change this equation? Let God give you a new God-itude that helps you become more grateful, increasingly hopeful and better equipped to embrace the life God dreams for you.