Worship for All at Jacksonville First UMC 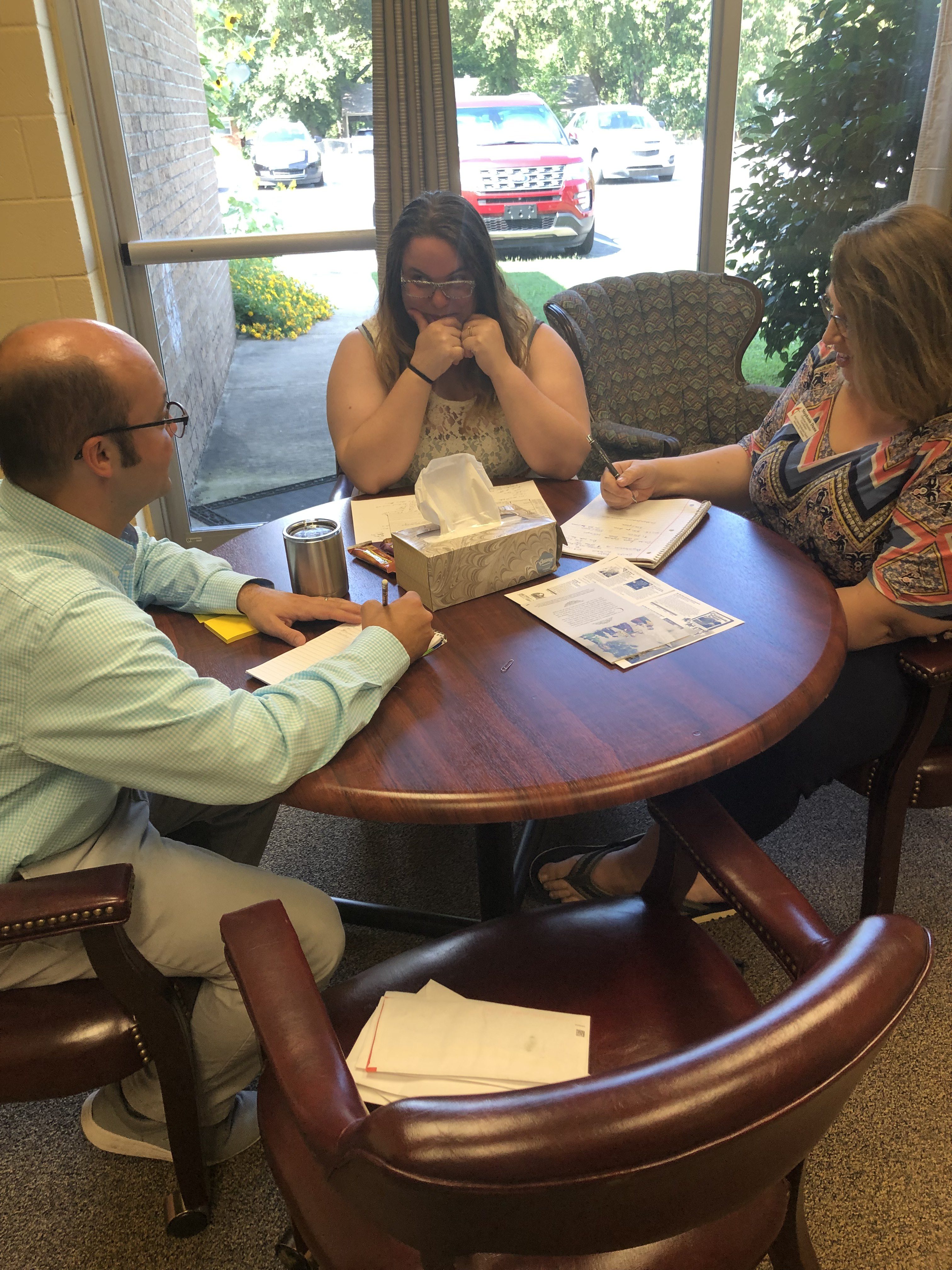 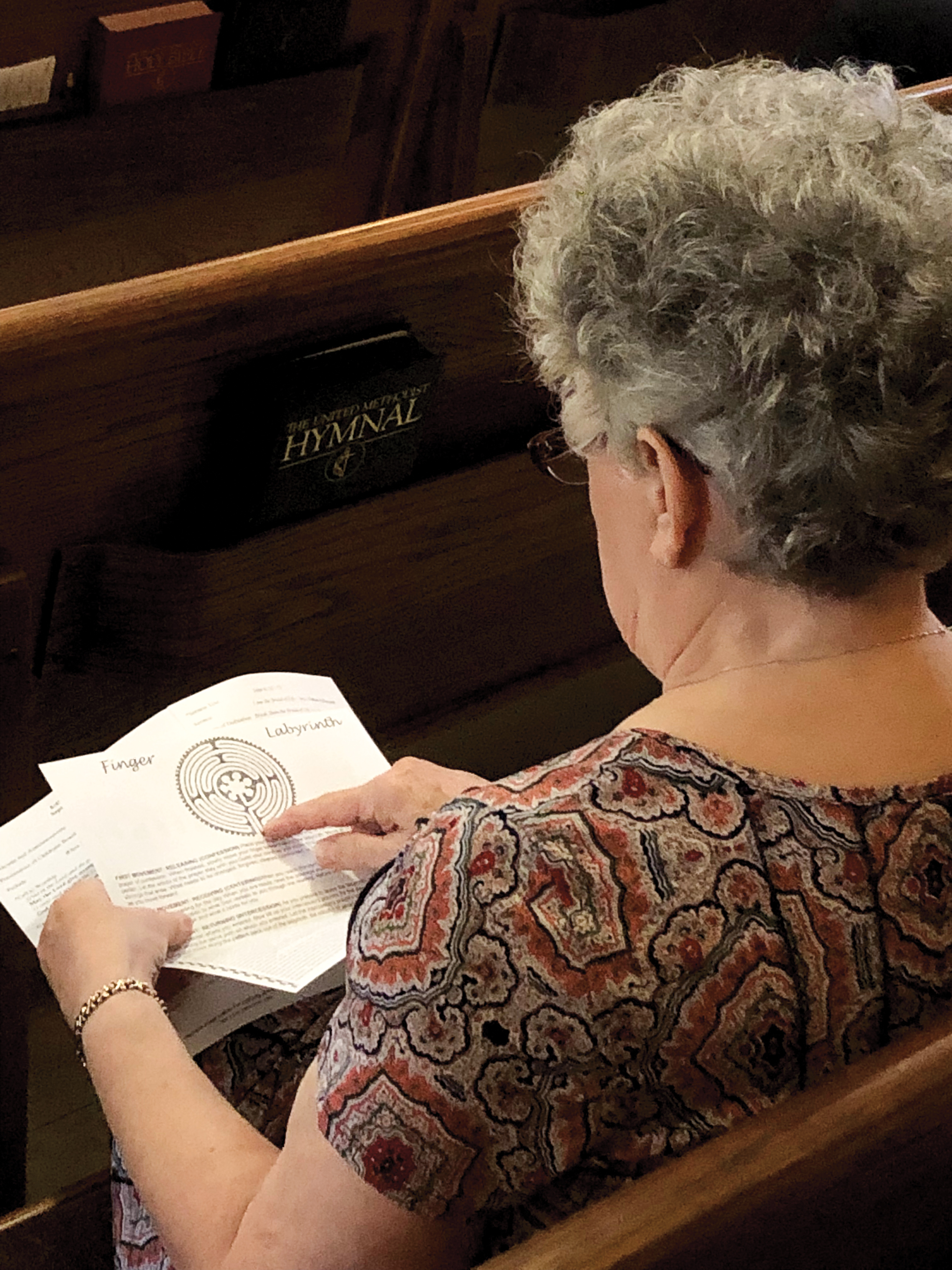 A member at Jacksonville First traces the finger labyrinth during the intergenerational worship service. || Photo provided by Stephanie Dunn 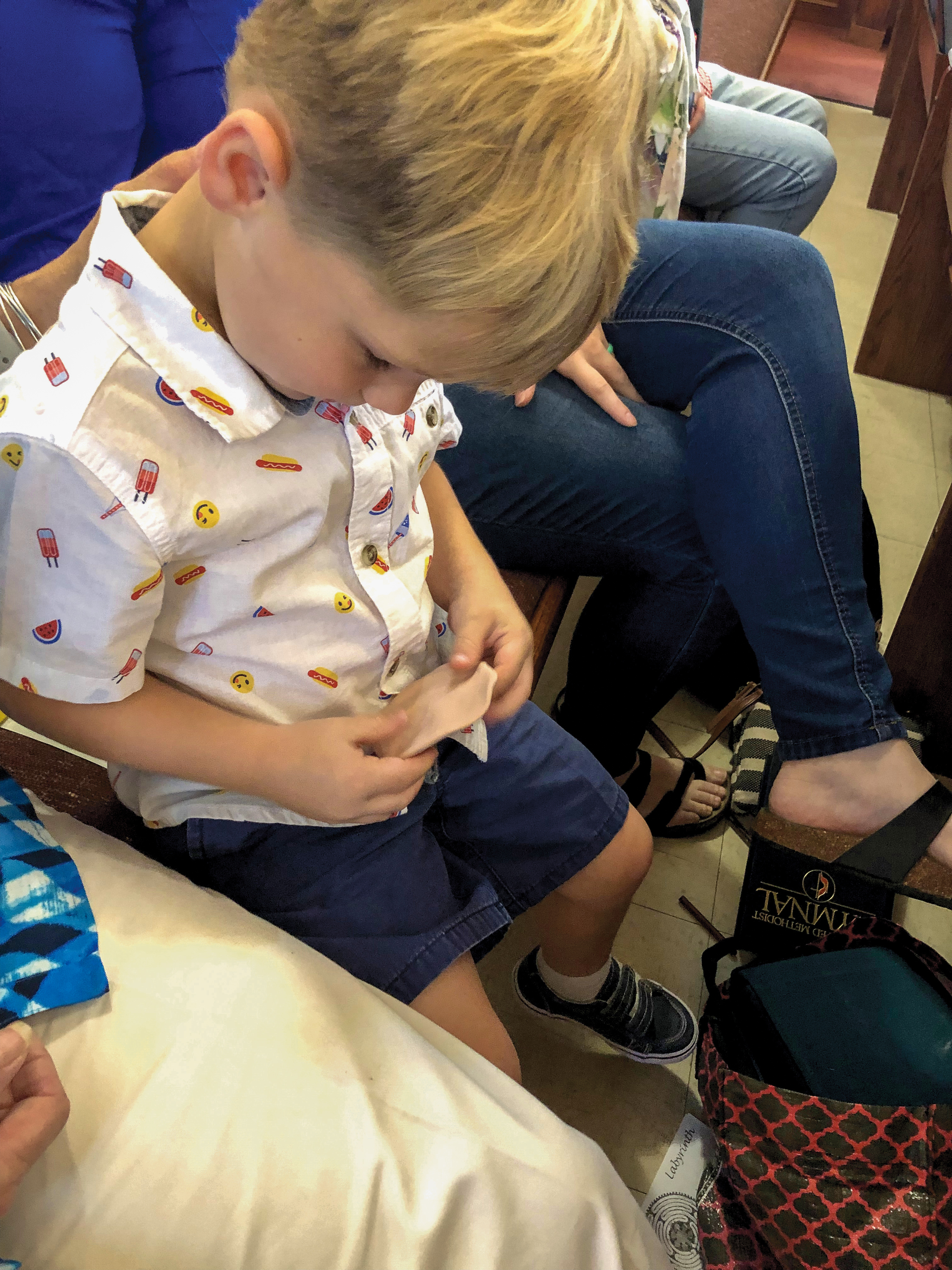 A child kneads his “dough” during the intergenerational worship service. || Photo provided by Stephanie Dunn 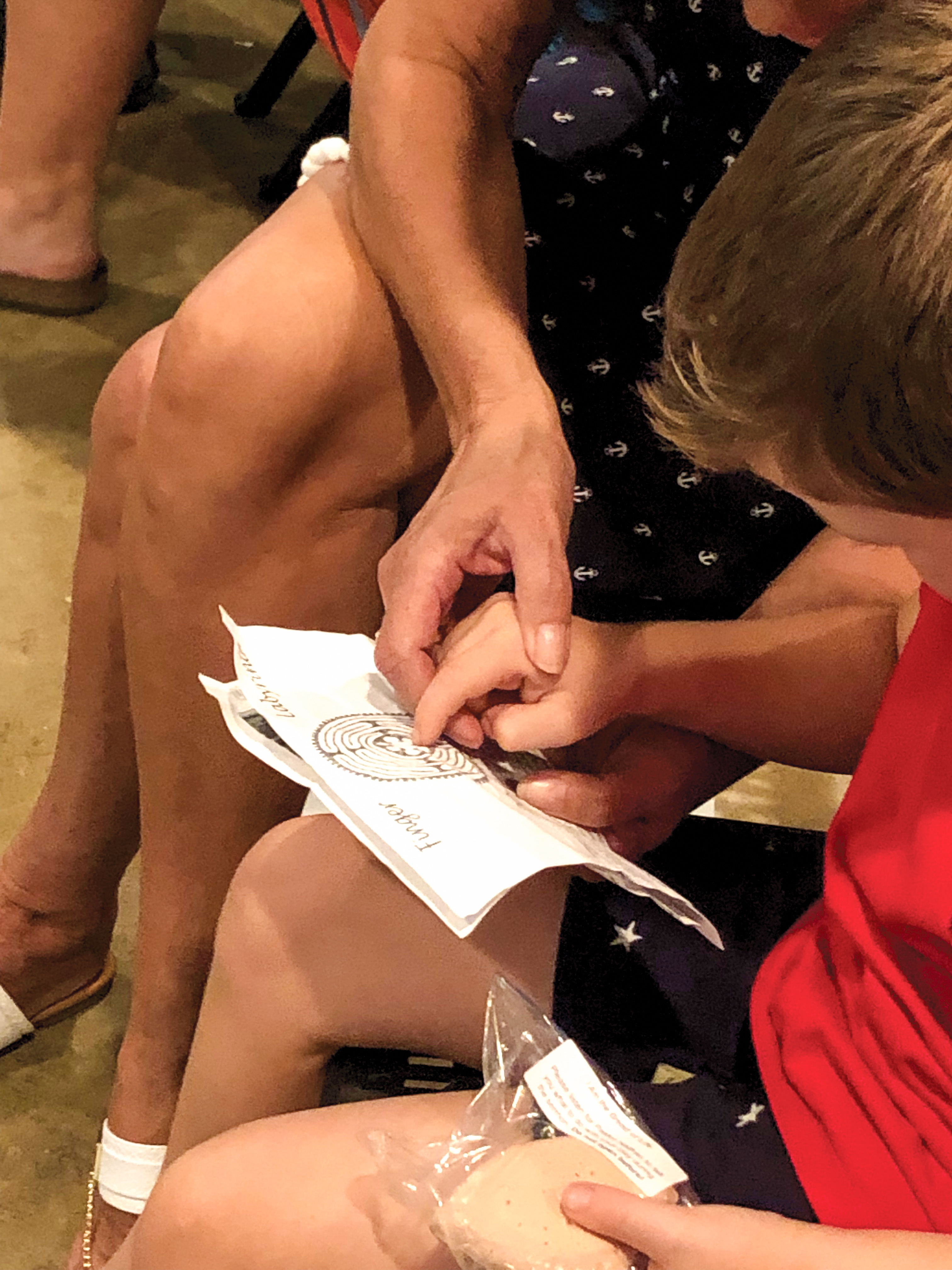 An older member at Jacksonville First UMC helps a younger member trace the labyrinth with his finger. The labyrinth and dough allowed the younger and older generations to work together and share knowledge during the worship at Sunday service. || Photo provided by Stephanie Dunn

Last March, the Rev. Nathan Kilbourne shared with the ministry team at Jacksonville First UMC that he really wanted to develop more of an intergenerational worship service so that in worship the span of mature members and young members could all have their worship needs met. Stephanie Dunn and Katie Howell embraced the idea, but the ministry team didn’t have any go-to ideas immediately, so it took a little time to research and learn how intergenerational worship would look at Jacksonville.

Dunn is the Children’s minister at JUMC and was eager to get her children and families more involved in worship. She was the first to sign up when she received her monthly Conference Children’s Ministry newsletter announcing the new Worship for All class that was offered for free online with the ARUMC CouRSe program. Stephanie shared that the class gave her inspiration and sparked creative ideas that she could offer during the worship team planning sessions.

Kilbourne, Howell, and Dunn planned all summer and worked within Kilbourne’s “I Am” sermon series that would start in September. Together, they planned ways that all who worshiped could feel involved. How could they model special prayers? How could they engage people during the sermon so that the message really stuck? How could the music move and interest all as they worship? These are the kinds of questions they worked together on as they planned over the summer.

Once the planning was done it was time to start the transition process by removing the worship boxes two Sundays before the new Worship for All approach. Stephanie didn’t announce she was taking them away or why they were gone. A few students noticed because they wanted the dry erase boards to doodle on during worship. Most had grown tired of the boxes and sadly watched their phones instead.

The next Sunday each member of the church was met with a special bag of model magic and a finger labyrinth as they walked into the Sanctuary. These bags were for all; they were not busy bags for the kids. They were given instructions that they would be used during worship so please wait for instructions on their use.

Worship began as usual until it was time to pray and all were asked to remove their finger labyrinth. Together they traced the labyrinths and prayed together. All adults were asked to assist any student or child sitting next to them. During the sermon, Kilbourne asked all to take out their model magic in their pews. He asked them to pretend the model magic was dough and taught them all to knead the dough. At the end of his sermon, most had formed their “loaf” of bread without instruction. Before communion was offered, Kilbourne asked that all bring their “bread loaves” to the altar. Service concluded with traditional hymns that gave all a calm and center.

Members were given an interactive experience in their worship on that early September Sunday. Small changes in prayers, tactile sermon, and movement during worship kept ALL engaged in worship. Older members enjoyed helping children they didn’t know. Stephanie had parents of little children comment that they didn’t feel the need to get out their phone once to keep their children engaged! Stephanie had taken a picture of every part of the worship service and posted it on their church’s Facebook page. She said that the photos of that service received the most positive feedback they had ever received. The best comment given was people sharing the post and inviting their friends to come and see what would happen at the next worship for all service!