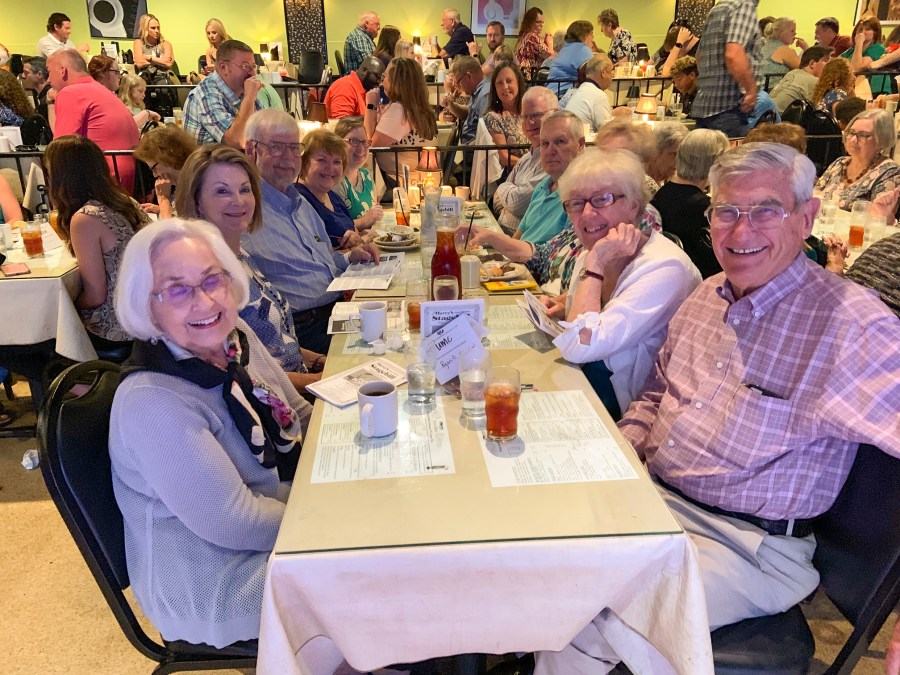 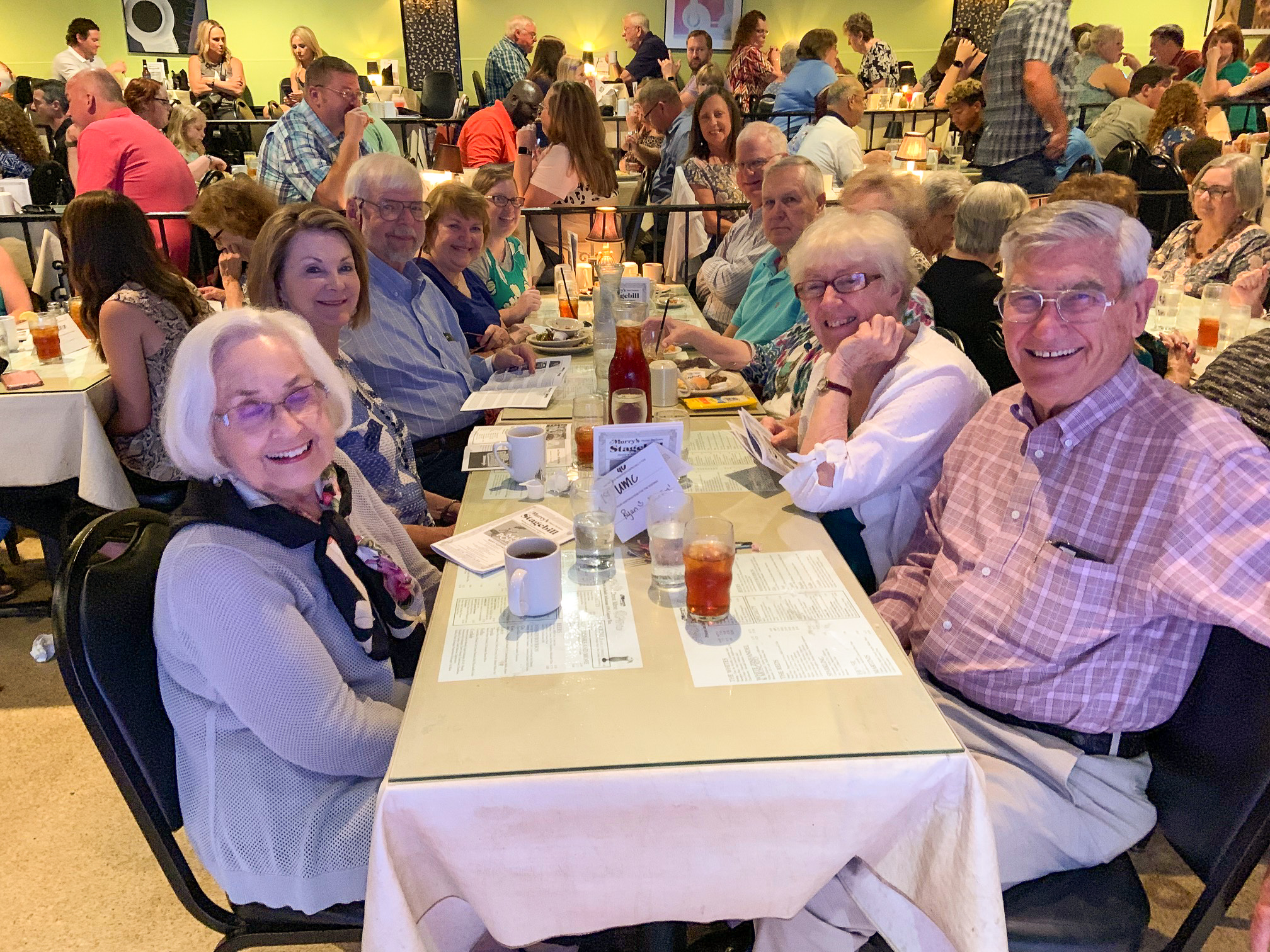 The Encore Ministry at Benton First UMC is a new ministry that takes care of the older generation in the church. Each month, the group ventures out into their community, or meets at the church, for a time of fellowship, fun and community building . || Photo provided by Donna Hogue 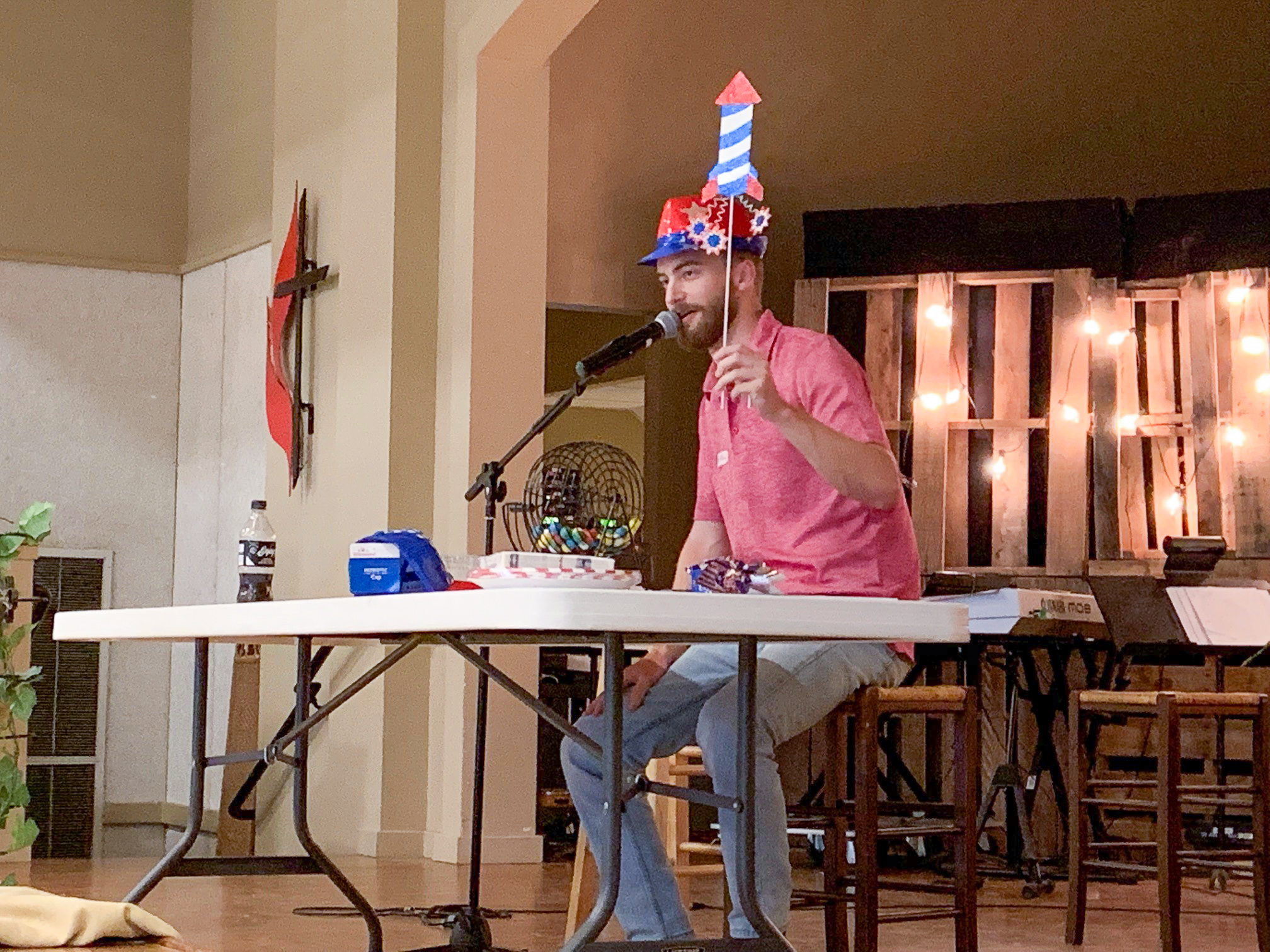 Daniel Curry, youth minister at Benton First, lead a game of Bingo at one of the Encore Ministry potluck and game nights at the church. || Photo provided by Donna Hogue 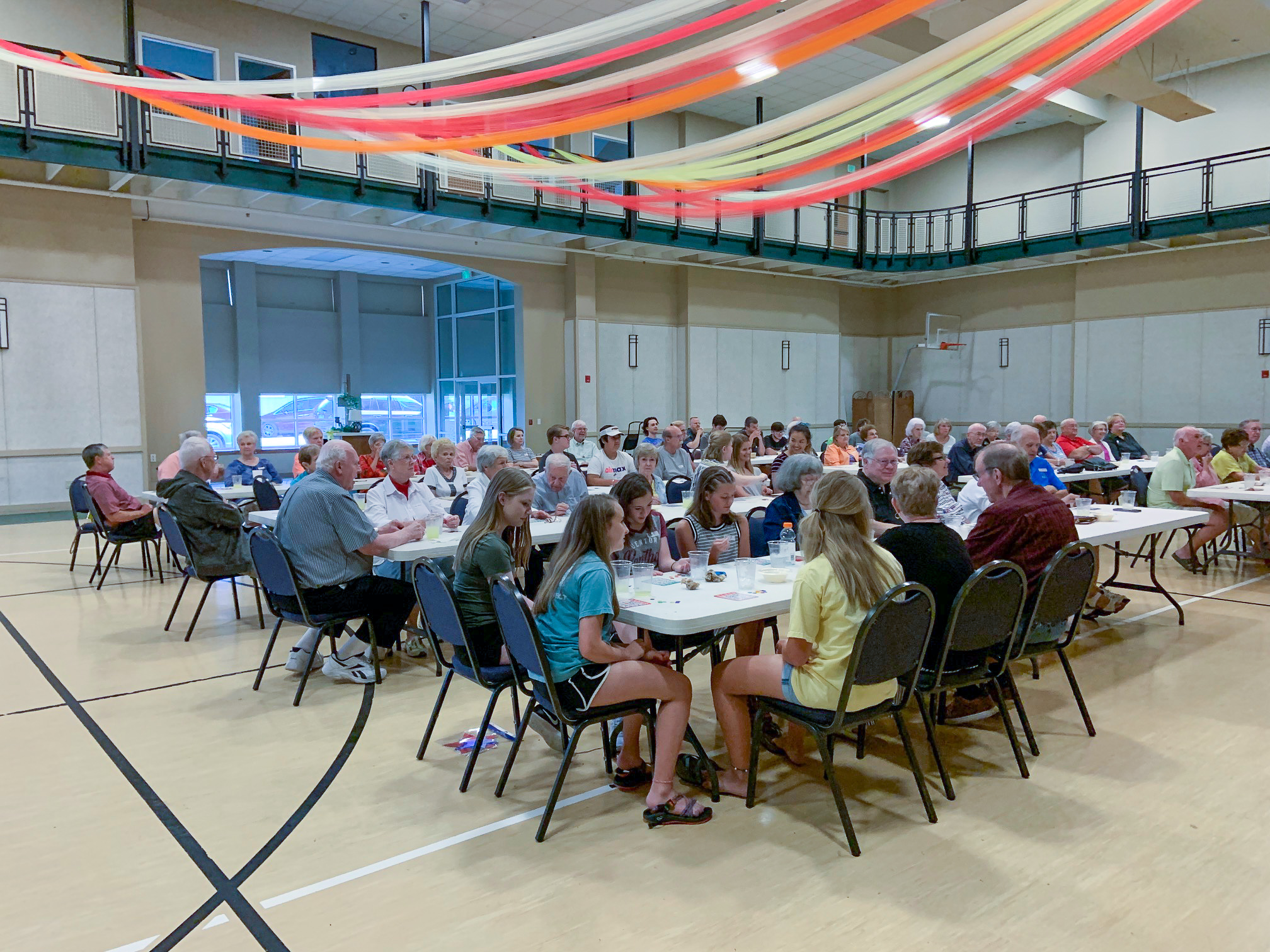 The Benton First youth and Encore Ministry fellowship together during a potluck dinner at the church. It was a great time to share fun and experiences between generations. || Photo provided by Donna Hogue

According to the Pew Research Center’s statistics on U.S. United Methodists, a majority of professing members are age 65 and older, but while many churches invest in their children’s and youth ministries, ministries specifically designed for adults age 60 and up are more difficult to find.

First United Methodist Church Benton is trying to grow its outreach and increase that number through Encore Ministry, a new program aimed at church members who are 60 years old and up.

Donna Hogue, Director of Encore at First Benton, said the idea for this ministry came about a little more than a year ago through conversations she was having with Benton’s senior pastor, the Rev. Ben Crismon.

“Ben and I started talking about the fact that statistics show at least half of United Methodists are over the age of 60, and that’s quite a staggering statistic,” Hogue said. “We began discussing what our church needed to do to serve that age group.”

Hogue said the generation that makes up the 60 and older group, mostly Baby Boomers, is different than the generation before them, the Silent Generation. She said that the 60 and up group is very active and still interested in traveling, golfing, getting outside, and sharing their experiences with other people.

She said a letter from Bishop Mueller from 2014, called “Living With No Regrets,” is where she read about the UMC’s aging statistic. In another resource, Hogue said the author of a magazine article described the trend toward older members in the church as an “aging tsunami.” In other words, the average UMC church membership is aging rapidly; faster than the church is prepared to handle.

“We decided that we needed to help those people and minister to them in our church, and we felt that Encore was a great name that accurately described the group.”

Hogue and Crismon began to ask small groups and Sunday School classes at First UMC Benton, “What would you do with a group that you wouldn’t do alone?”

From their answers, Hogue and Crismon built a ministry plan around meeting the needs of their older members.

“From its development, our intention was to create a ministry with the express purpose of making new disciples and bringing new people into a relationship with Christ,” Crismon said.

“We often focus our evangelical efforts on the young and young families, but our demographic research showed that many of the unchurched in our area were older adults.”

Hogue said they emphasized to the older members that they are vital and wanted in the church; older generations have many skills that are necessary for the growth of a healthy church.

“They have a wealth of experiences, gifts and talents that need to be shared,” Hogue said.

The Encore Ministry groups are broken down into four distinct categories based on shared interests. In this way, the groups are more likely to work together harmoniously and build each other up. The categories are Travel, Study & Engagement, Missions, and Community.

The groups meet regularly and base their activities around the categories they are in. For example, the Travel group plans educational trips — sometimes large trips, like to England to visit historic Methodist churches — while the Study & Engagement group focuses on Bible study and short-term educational studies on topics like finances, computer training or Will preparation.

It’s not always an educational program though; sometimes, the groups gather simply for a fun night of community-building and fellowship. Recently, Encore Ministry held a potluck dinner and game night with First UMC Benton’s youth.

“Every month that has a fifth Sunday, we get together with the youth, have a meal, and play games. The Encore group provides the food and then we play Bingo,” Hogue said. “Our youth minister is Daniel Curry and he was the Bingo card caller, and you would have thought the prizes were top-dollar! We got so competitive.

“One of our youth told us later ‘I didn’t know Bingo could be so much fun!’”

Hogue sees this as an example of bridging the gap between generations in the church, and a great way for knowledge and personal stories of a person’s faith walk to be passed between age groups.

The ultimate goal of Encore Ministry is not only to bring people with similar interests together for fellowship and fun but to also be a beacon of light and hope for the Benton community.

“Everything we do is meant to make disciples of Jesus Christ who are so transformed that we transform the world,” Hogue said.

Crismon echoes that mission statement and said the group has been hard at work reaching out into Benton.

“As of now our Encore ministries are already reaching out to those not connected to our faith community, and bringing them into the life of Christ. We have great staff leadership who has equipped laity to make this a thriving ministry,” Crismon said.

Hogue said when they started the ministry more than a year ago, they began with a small group of interested individuals. Since that time, Encore Ministry has grown into more than 100 people participating, in one form or another, with the ministry.

“This is something that was more needed than I think we realized. People were excited at the chance to get to see more people who go to the same church that they do.”

For the future of the Encore Ministry, Hogue said she thinks that expanding the ministry will be a natural process. As more people hear about this ministry, they are more likely to join in and tell their friends about it as well.

In Hogue’s mind, and in the mind of those involved with the ministry at First UMC Benton, this ministry will only continue to grow because there will always be a need to take care of the older generations.

“Just because someone has retired, doesn’t mean they are ready to quit. I think, as a church, we need to take advantage of the experience and gifts that God has given them. But we also need to be there for them when they need us,” Hogue said.