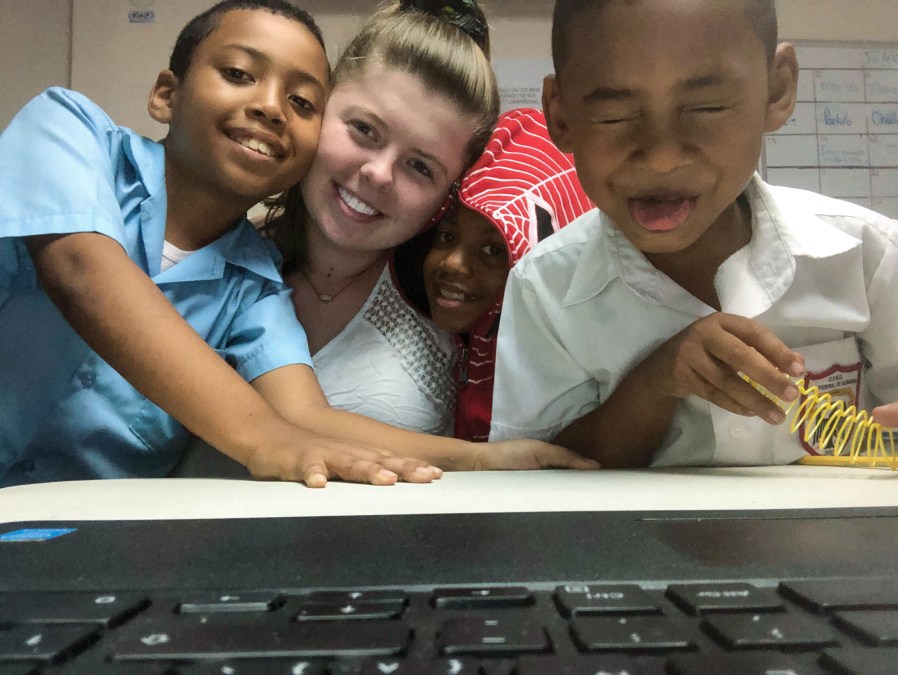 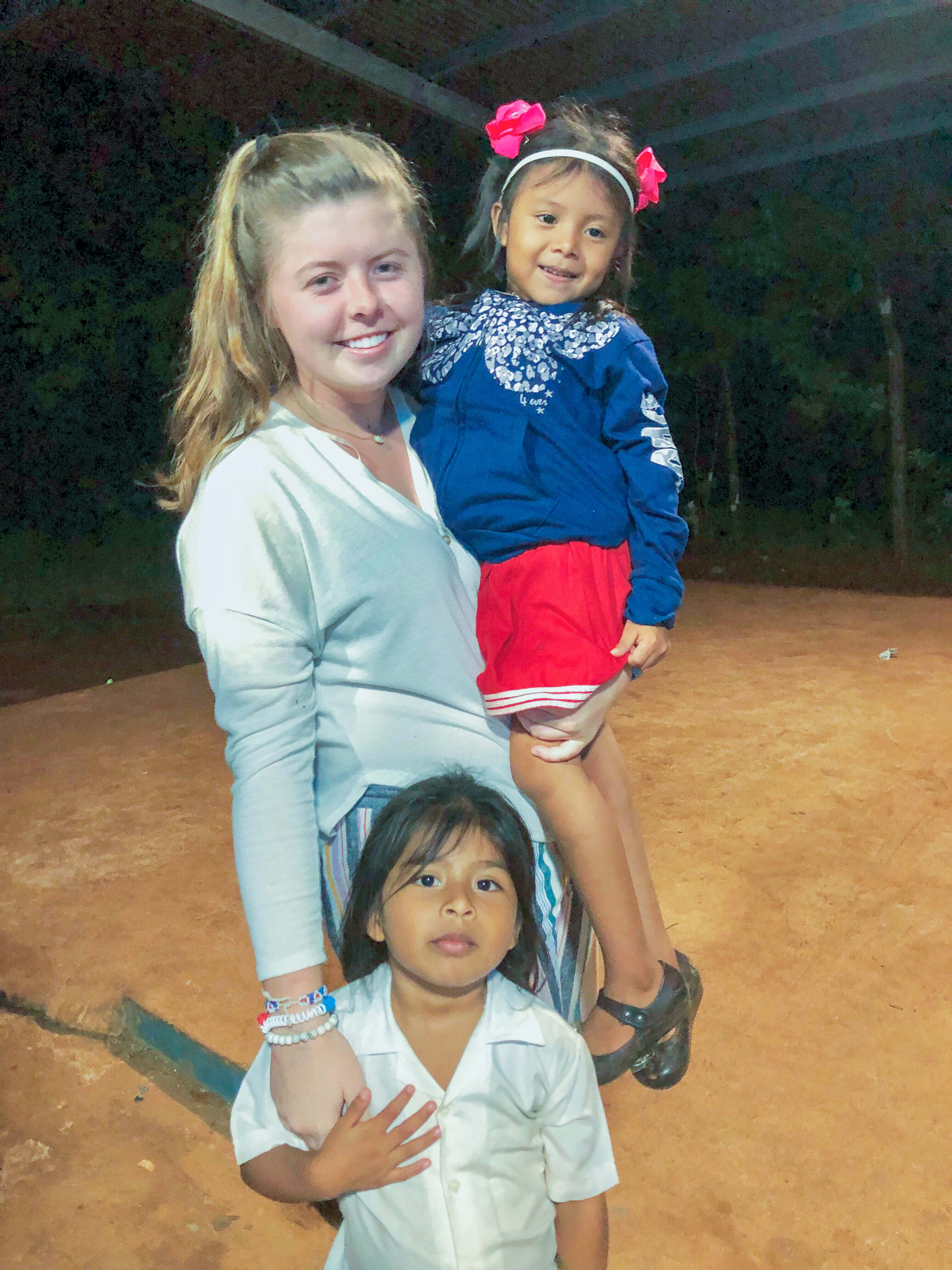 Greer Ayers spent her summer in the Central American country of Panama, where she helped at-risk youth in one of the poorest and most dangerous places in San Miguelito. || Photo provided by Greer Ayers 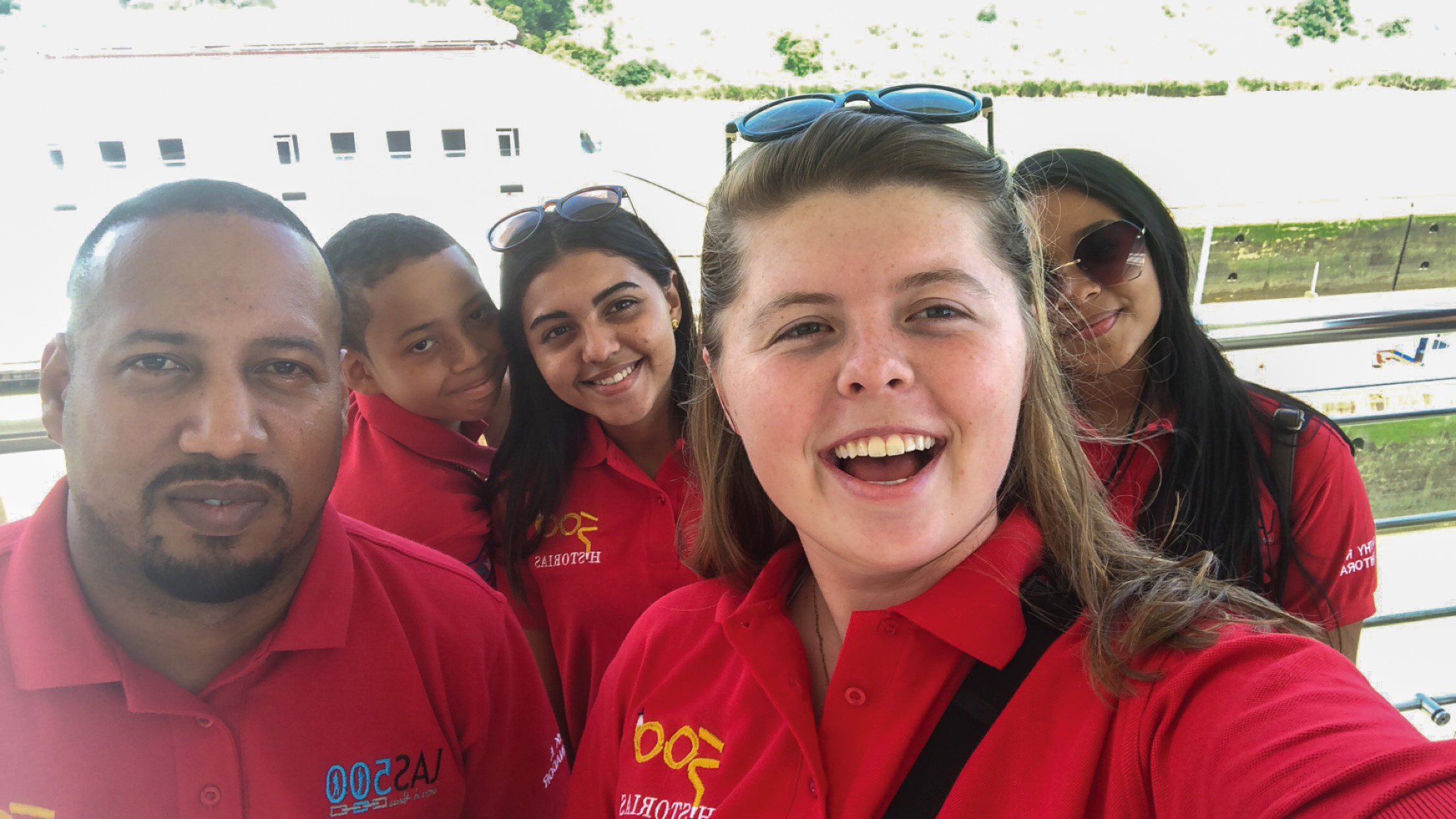 Greer was able to spend time in Panama thanks to the United Methodist Volunteers in Mission Program. During her time in the country, she worked at the San Miguelito Youth Outreach Center.
|| Photo provided by Greer Ayers 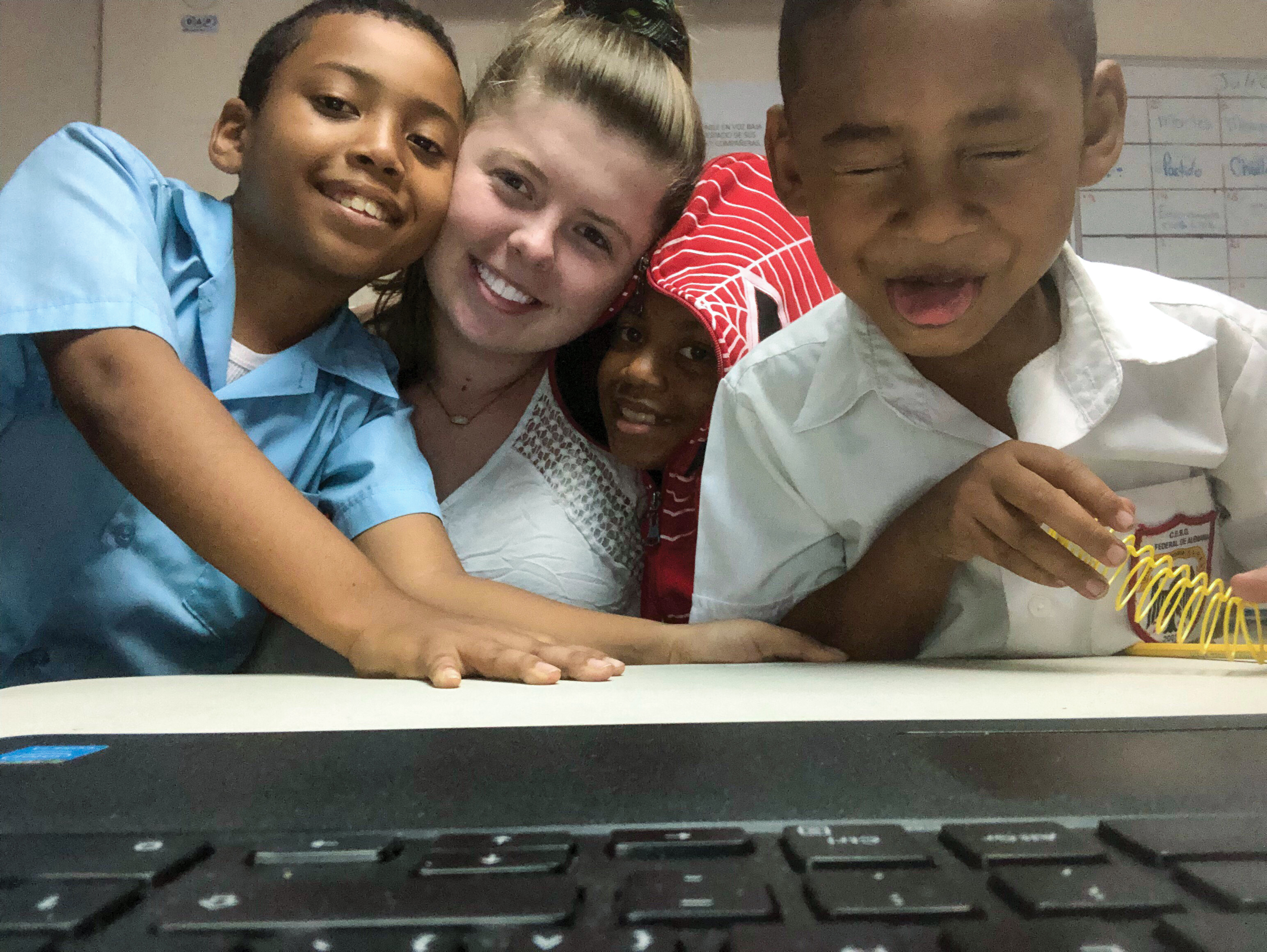 After class, Greer spent most of her time doing extra activities with the youth in Panama. She became very attached to the kids who she met during her time there. || Photo provided by Greer Ayers

Greer Ayers is the youngest of four sisters. And as long as she can remember, she has always looked up to them.

“The reason I was really going (to youth group and church) was because of them, and the great experience they had,” Ayers said. “And they found so many great friendships through that youth group.

“When I got old enough, when I did get there, I developed friends at church and that was part of it. What made me continue, I think, really was the relationships I got to build.”

This summer, Ayers worked for the United Methodist Volunteers in Mission Program in Panama City.

She worked at the San Miguelito Youth Outreach Center, which focuses on at-risk youth in the neighborhood surrounding the El Redentor Methodist Church in San Miguelito, Panama.

“Our aim is to help young people develop a life plan, use their free time in a positive manner, make a commitment to stay in school until they graduate, make healthy decisions and be agents of change among their peers and in their community,” Ayers said.

She said, in San Miguelito, the poorest and typically most dangerous part of the city, youth experience gang violence, domestic violence, human trafficking, and exposure to drugs.

“The center seeks to provide asylum from issues that the youth have in their own community,” she said.

She said she applied for the opportunity through UMCOR and the United Methodist Church and she went through their training and application process. She said they ended up giving her two or three locations that she could choose from and she chose Panama City.

“I was looking for a new experience,” Ayers said. “I would be working at a youth center, in the poorest part of Panama City, and has the highest rates of gang violence.

“… Just to be able to experience something new and develop relationships with students younger than me, I thought it would be special.”

She said would go every morning to the center and the students would be in class until 12:30 p.m., where they learn English, math and participate in workshops on character development.

“We would develop goals and stick to those goals, which included scheduled discipline and going to your class,” Ayers said. “…Pretty much whatever my boss wanted me to do. Once the students got to the club, they were required to do their homework and I would hang out with them, and answer questions if they needed help.”

Afterwards, she always had a scheduled activity or plan including making slime, or baking soda volcanoes or other workshops. Occasionally, she said she would go with them to soccer practice. She said it works similar to the Boys & Girls Clubs in the states.
Ayers grew up in Franklin, Tennessee, which is about 30 minutes outside of Nashville. She attends Christ United Methodist Church in Franklin and is a sophomore at Hendrix College in Conway.

“I grew up in the UMC, and I was in my youth group,” Ayers said. “I went on every trip that I could go on, including choir trips, and winter retreats.

“My best friends from high school went to my church and I had a really great community there … I took advantage of every opportunity that was given.”

Ayers said, originally, she did not plan on going to Hendrix College after having lots of family members go there, including her older sister; she was determined to do something different.

“What appealed to me the most, was how Hendrix really supports the idea of developing you as a person and as a student outside the classroom,” she said. “They give you the means to do that.

“… It felt healthy and I really liked the small school environment. I knew I wanted a smaller liberal arts school anyways, because the professor-to-student ratio is a lot smaller, which is something important to me.”

She said she liked the idea of being able to know everyone in her graduating class and finds it super easy to build relationships with people.

Ayers went on her very first mission trip when she was in the 7th grade. She said it was a local mission trip to Nashville, where she was split into different groups and her project for the week was to make quilts for cancer patients. She said other groups had to sort medical supplies, so tasks varied.

Paul Bonner is the youth pastor at Christ United Methodist Church and has known Ayers and her family since she was in the third or fourth grade. He said he has been at the church for 15 years and when he started, Ayers’ sisters had been in the youth group for about two years.

“Greer is someone who has always taken her faith seriously,” Bonner said. “Even when she was in middle school, after we had a retreat or worship, she tended to be someone who considered the messages and the theological emphasis and wrestling with how that affected her and her choices.

“I feel like she has always been someone who has taken her faith seriously. Her family has been super committed to the church and have worshiped there every Sunday — this was a part of the rhythm of her life.”

Bonner said Ayers anticipated being a part of the community and her sisters helped her look forward to it by going on mission trips and being on the leadership team.

“So, I think in that respect, she had a really optimistic outlook and saw her older sisters were having a good experience and she wanted that for herself,” Bonner said. “They have continued to push her and help her develop her faith and have a desire to be the change in the world.”

Bonner said young people tend to need something to have hope in and see a change for good, even if it is small.

“God put it in her heart, and she wanted to be doing something good and she wanted to serve,” he said. “For whatever reason, it wasn’t just about the trip. It is exciting to get away from home, and for her that was part of it, but it wasn’t the main motivation.

“For her, it was about doing mission work, service instead of vacationing with her friends or family. She just loves getting to know the people and doing the work with her hands.”
Bonner said it allows her to connect some abstract belief with some tangible work with her hands and feet.

Bonner said he has seen first hand the engaging and humble approach Ayers takes to building relationships or connections with someone outside the group.

“She just has a really good balance of personality and isn’t afraid to ask those difficult questions,” Bonner said. “She has a ton of love and desire for justice.

“She has a soft, caring side, that is very loving and compassionate.”