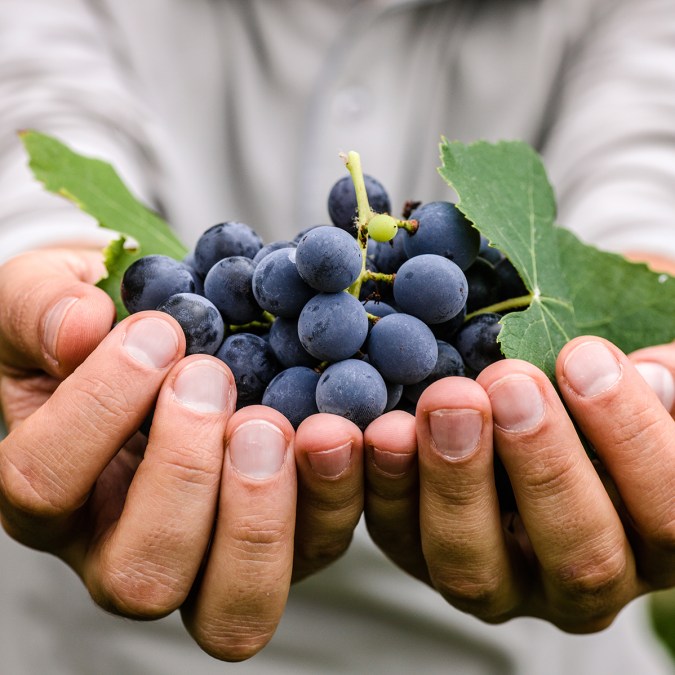 The church has an image problem. The Vine of Northwest Arkansas, a new church concept launching out of the Arkansas Conference of the United Methodist Church, is looking to fix that image problem.

“We’re looking to be a different kind of mission and church for the community in Northwest Arkansas,” said the Rev. Jeff Jackson, former director of New Faith Communities at the Arkansas Conference and pastor of The Vine. “We really want to be the heart of the community.”

Jackson said when Bishop Gary Mueller approached him last year about starting a new church plant in Northwest Arkansas, he asked Jackson to come up with a plan for the church and a new way of doing ministry in Arkansas.

“So I did the only thing I knew how to do. I opened up my Bible one morning and came to the verse in John 15 where Jesus is explaining how He is the vine and His disciples are the branches. Apart from Him, we cannot bear fruit. The idea of The Vine came alive that morning.” 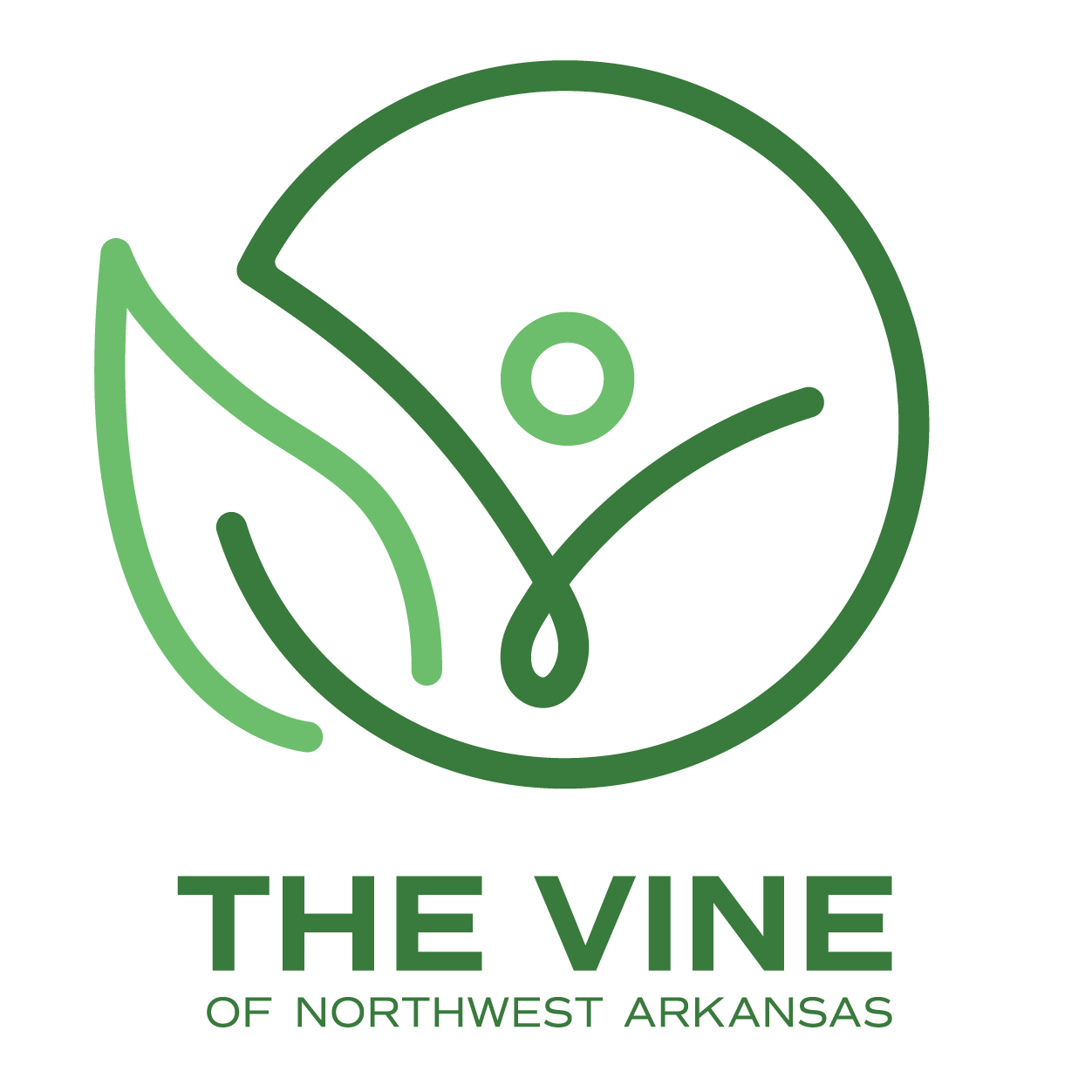 The logo for The Vine of Northwest Arkansas. Logo design by NH Creative Co.

Centerton, Arkansas is where the new church plant has set up shop, using an old community soccer field and indoor gym as its base of operation.

It’s a strategic launching point for a new church community due to the rapidly changing, and expanding, landscape of the communities around Northwest Arkansas.

Because of its proximity to Bentonville, much of Centerton is comprised of mostly executives and white-collar workers, due in part because of Walmart, which has its headquarters in Bentonville.

And if you view the demographics of the area, you’ll see a place that is not only made up of white, black and Latinx workers but also workers who have moved from different parts of the U.S. and from different countries around the world to come and work for the growing economy in Northwest Arkansas. The location and the people provide a unique opportunity to reach a demographic in a new way that the church has struggled to reach with a traditional approach.

The town of Centerton, which is about five miles to the west of Bentonville, has expanded at an incredible rate in the past few decades. According to data from the U.S. Census Bureau, Centerton has grown from about 600 residents in 1990 to more than 15,000 in 2019. In just a few more years, the population is estimated to surpass 20,000.

The 72719 zip code, which encompasses Centerton and a few areas outside of town, is the 4th fastest growing zip code by population in the state of Arkansas.

There are also a higher number of young singles and families (age 25 – 34) and middle-aged adults (35 – 54) than other parts of the state, making it a ripe area for fixing the age issue that has hurt the United Methodist Church for many years.

“This is one of the reasons I was excited to come here,” said Kay Kotan, Director of the Center for Vitality and New Places for New People. “It’s sometimes easier to grow a church when you have new people moving in that are seeking to find a community, and we definitely see that in Centerton.”

Kotan — who is new to her position, which she began in July 2019 — has taken over the responsibility of leading the new church plant and assessing what needs to be done in order for it to succeed. 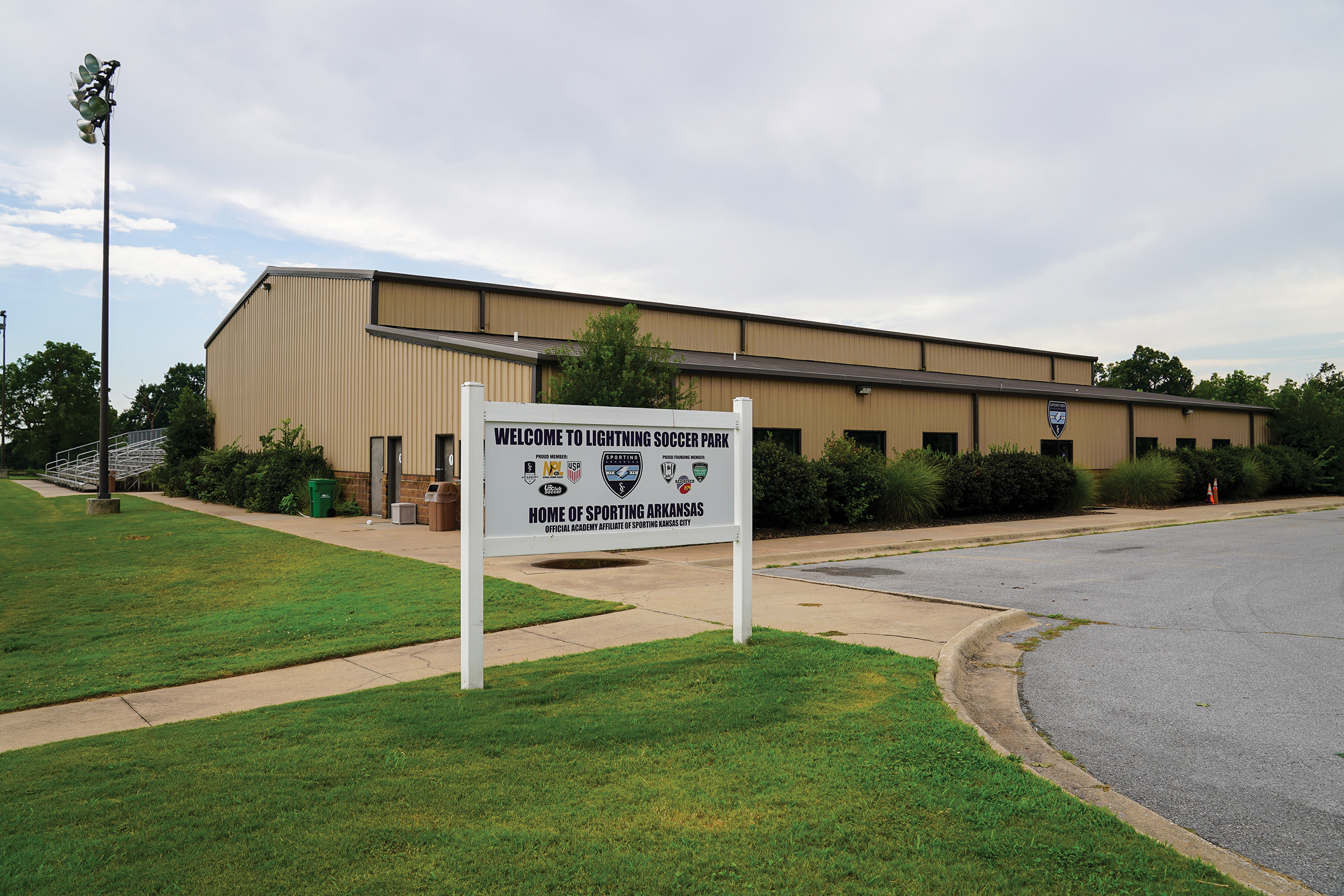 The outside of The Vine of NWA. The building, and the surrounding property, make up the land purchased by the Arkansas Conference. The property is on 45 acres and the building is 12,600 square feet. || Photos by Caleb Hennington 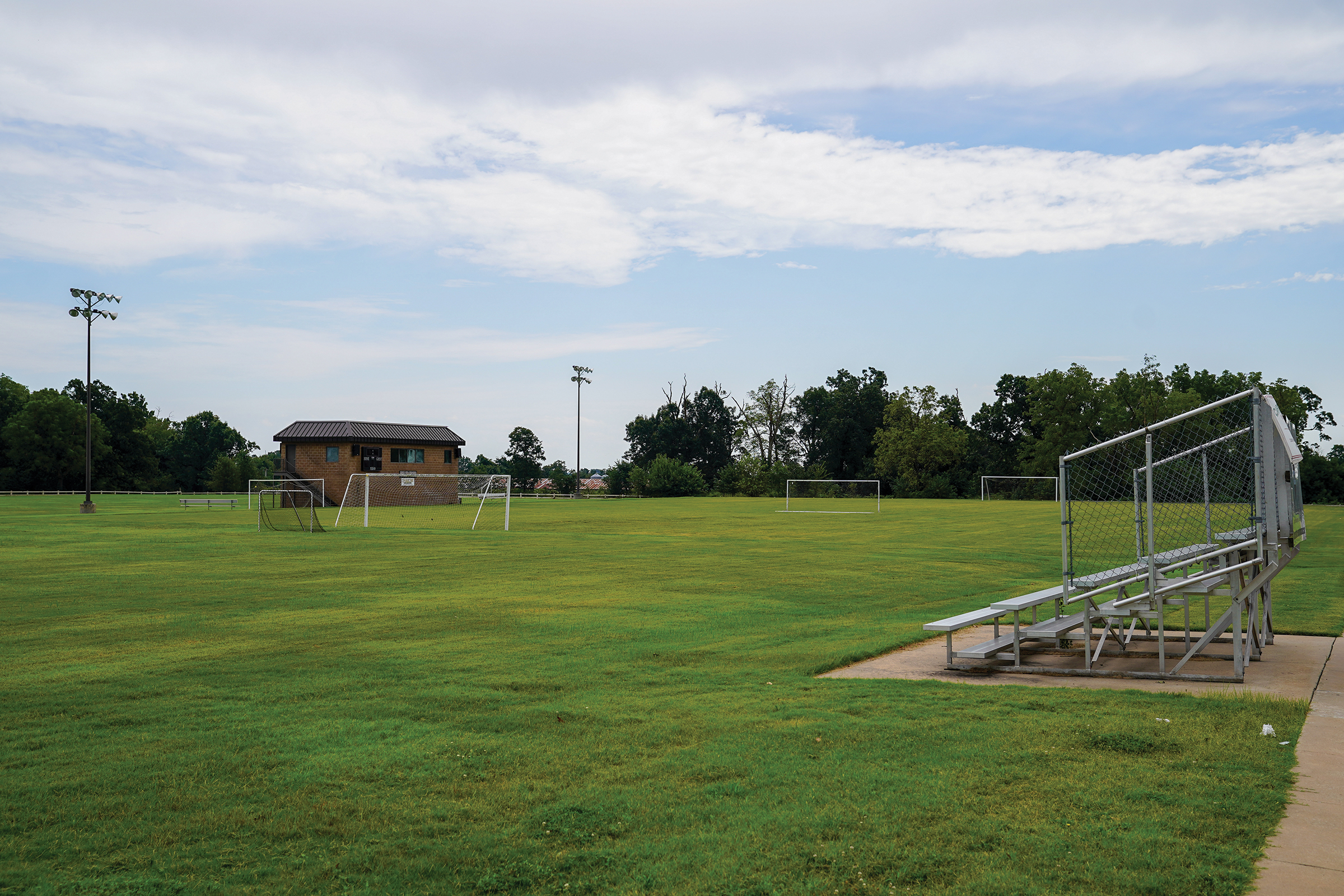 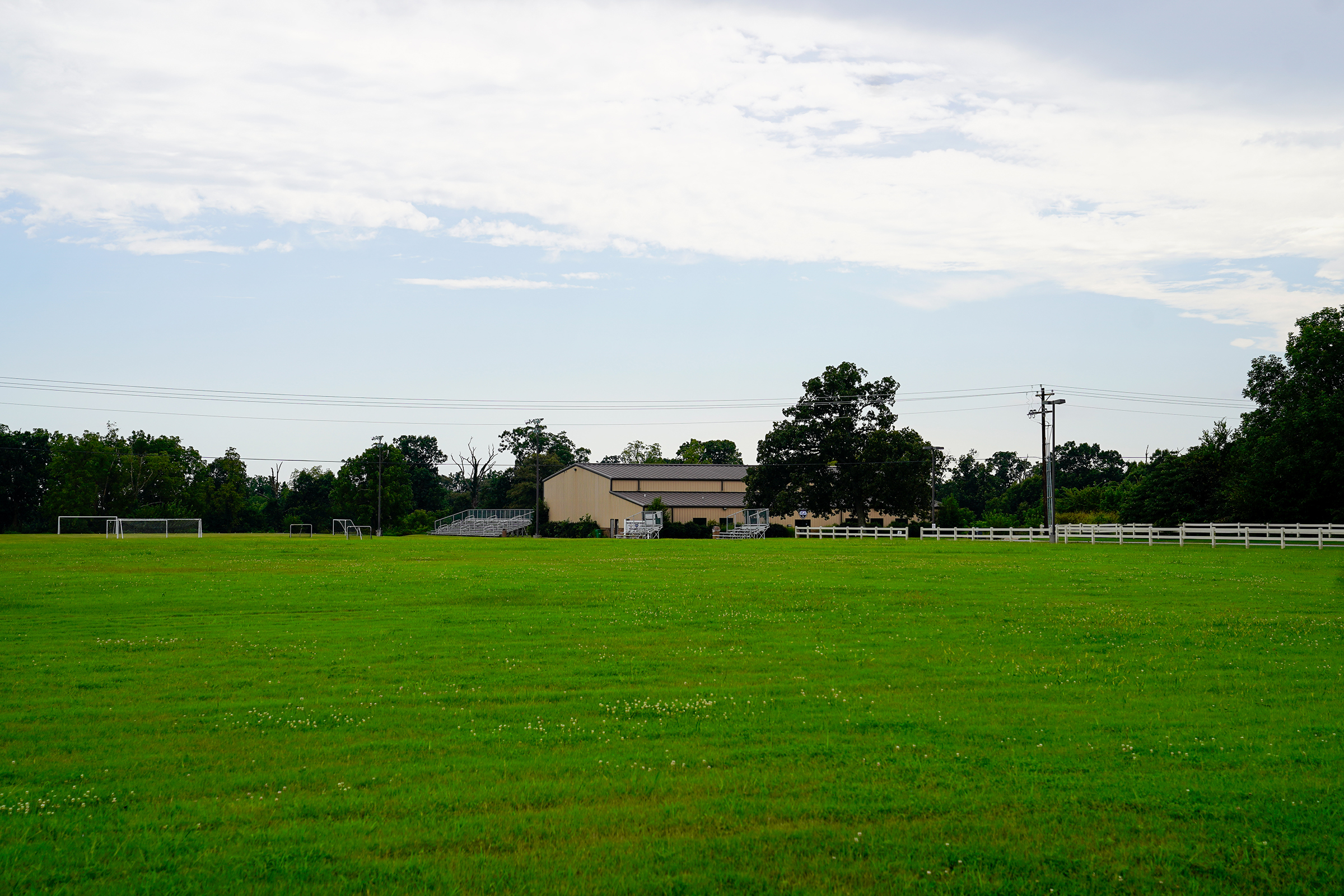 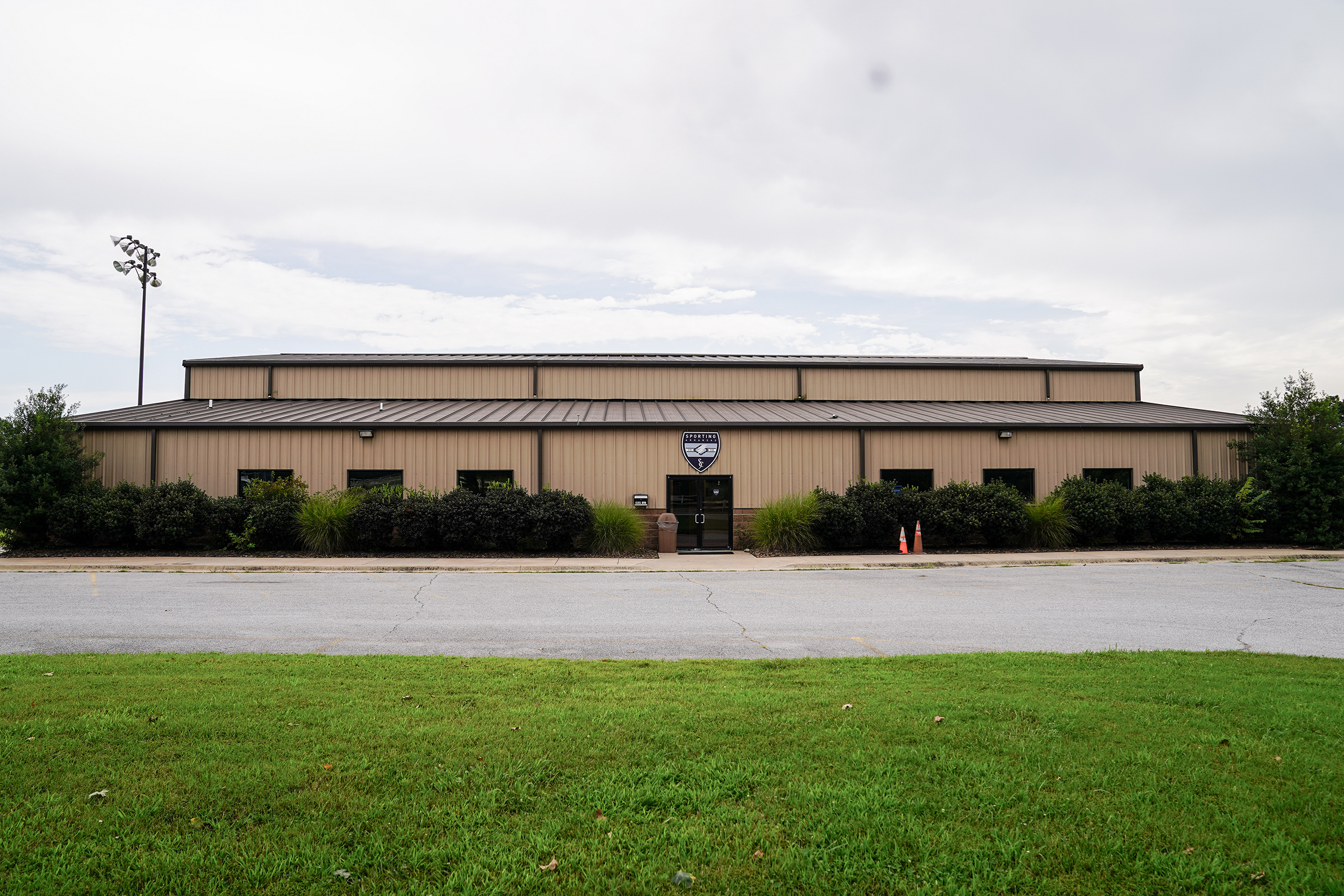 The town of Centerton is also an odd place. Since it’s a much younger town than Bentonville or Rogers, the town has no dedicated town center; it’s mostly suburban neighborhoods, schools, and a few stores.

“That’s also a reason we picked Centerton as the place to build this church,” Jackson said. “Because Centerton has no center, we wanted to be able to create that gathering place, centered around The Vine, for the community.”

But where would this new church go?

There’s plenty of land available to purchase in Centerton, but the Conference didn’t just want to buy a piece of land and build a church on it; they wanted to build a true community surrounding the church.

“God’s hand really was in this,” Jackson said. “My wife and I were driving around Centerton trying to find someplace where this church could work. We just happened to drive by the soccer complex one day and saw that it was for lease.”

When they inquired about the building, the owner of the complex didn’t just want to lease the building to the Conference; he was looking to sell the building and the 45 acres surrounding the 12,600 square foot building as well.

At first glance, the purchase of the land surrounding the indoor gym — which are wide-open soccer fields mixed with a few overgrown areas of large oak trees and tall grass — seems like an odd choice. That’s because it is odd if you think of church planting in the traditional way the Methodist Church has always done it.

Instead of the church being an “afterthought” in the community, Kotan said, they want to be at the center of everything that’s going on in the town. A true center of Centerton.
The Vine is seeking to be a town gathering point for the growing city, with the church building functioning as a multi-use community center the other six days of the week that it isn’t being used as a church.

With the Conference owning the land, that opens up the option to work with town officials in Centerton to subdivide and sell off pieces of the land to make room for retail, restaurant, or other businesses to move in.

“This area is expanding at a rapid rate. So if you don’t get the land now, when a church is ready in a decade they won’t be able to afford it,” Kotan said. “So it was fantastic that the Conference was visionary in the purchase of this land as well as the building.

“But the property is secondary. The focus is really on building relationships in the community right now.”

Which is what Jackson has been working on since being appointed to The Vine in July. Instead of trying to bring people to a church, which at the moment is nothing more than a gym, Jackson is working on reaching out to people in the Centerton community, such as the police department, fire department, city hall, schools, church leaders from Methodist Churches in the area, and anyone he meets while walking around town.

“We’ve had a lot of people say they are excited about this idea and are interested in coming to our church,” Jackson said.

“This isn’t a ‘put up a sign and they’re going to come’ idea. This is ‘how are you going out and building relationships, selling the vision, and offering community?'”

Director of the Center for Vitality

The Vine team believes that by doing church differently — in an untraditional format, i.e. a gym that doesn’t look like a church — they are more likely to pique people’s interest. But they are careful about using the word “attract” when talking about bringing people into The Vine.

“Attract is the word we used to use and depended on. The world is so post-Christian that attracting people no longer works,” Kotan said. “This isn’t a ‘put up a sign and they’re going to come’ idea. This is ‘how are you going out and building relationships, selling the vision, and offering community?’”

The Rev. Stephen Coburn, Northwest District Superintendent, likes to think of church plants, and specifically the strategy of The Vine church plant, using a clever analogy.

“I think what we’re experimenting with is a third option that says there is no box,” Coburn said. “And that frees us up to try a variety of approaches.”

Particularly, for millennials and Generation Z, the team at The Vine understands that these generations aren’t just going to go to the closest church to their home or the church that their parents have always gone to; they are seeking authenticity, transparency, and community involvement.

“We might have a small group meeting at a bar, or do dinner church a couple of nights or week, or even have a community outreach event at an animal shelter helping to get dogs and cats adopted. We’re looking at this from all angles,” Jackson said.

“It’s all about how do we get into their lives instead of expecting them to get into our lives and come to us,” Coburn added.

While The Vine is still in its infancy, there’s no doubt that the team leading this church plant are well-prepared for the task.

Jackson is continuing to reach out to the community, make connections and expand the “branches” of the vine.

Kotan, as well as Coburn and others in the Conference office, are working on reaching out to people who might be interested in buying pieces of the soccer complex. Eventually, in a few years, they hope to see The Vine transform into “The Vine at The Village,” or a similar mixed-use concept that will benefit the entire Centerton community.

For Jackson, he knows there is a lot of uncertainty with The Vine, as there always is whenever you’re doing something that hasn’t been done before.

But he, and everyone else involved in the project, have no doubt that they’ve been blessed to be able to pursue this church plant for the Kingdom.

“The Conference made one of the biggest steps it has ever made by purchasing this land that we could own and share with the community. And if God wasn’t in that, I don’t know who was,” Jackson said.