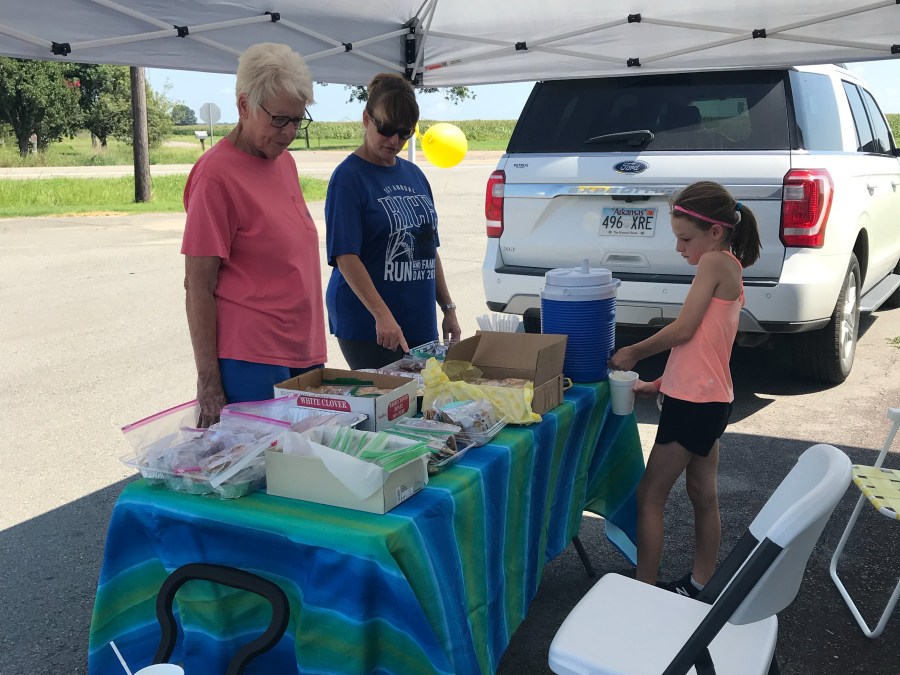 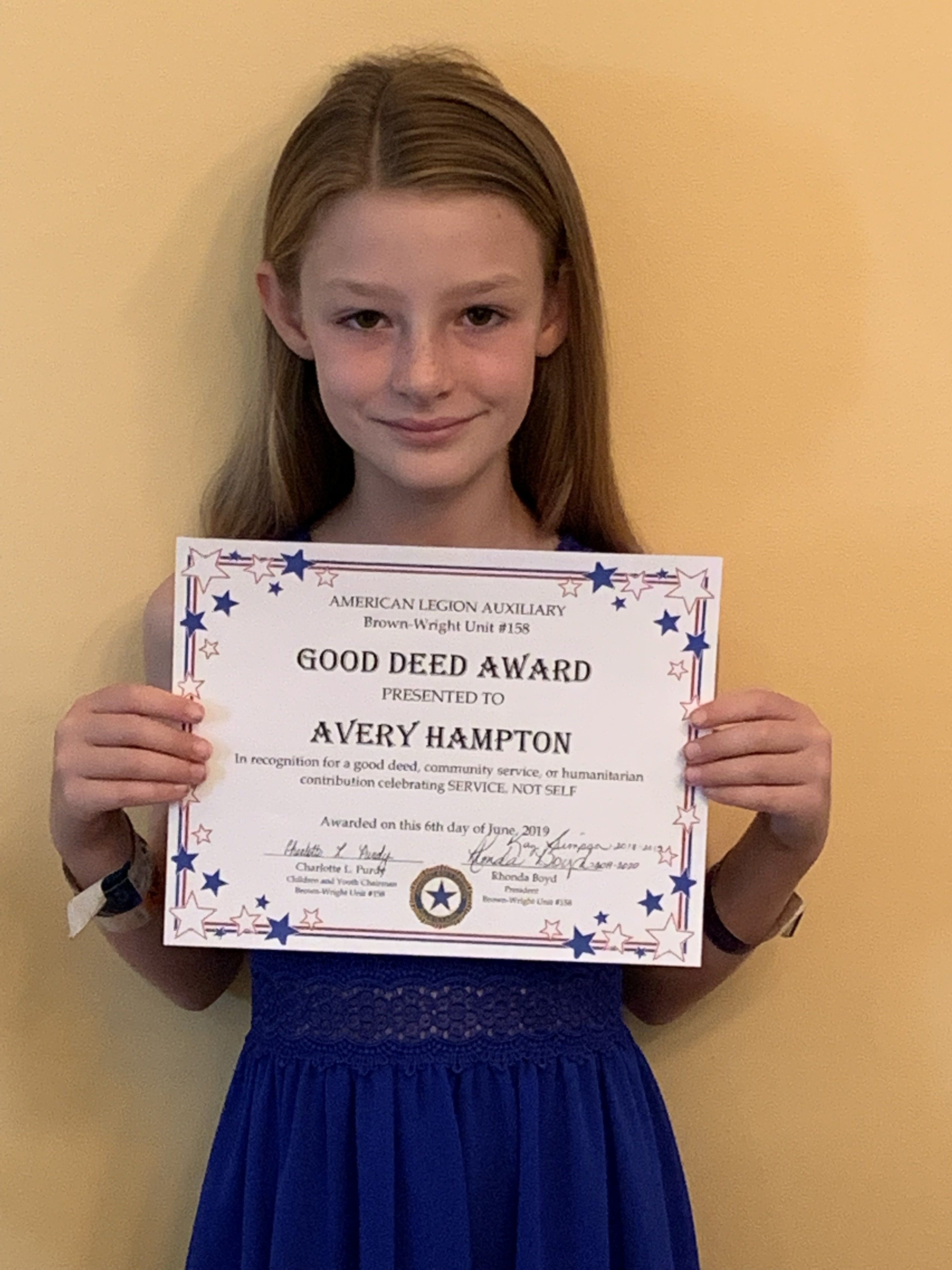 Avery Hampton was awarded the Good Deed Award by the American Legion Auxiliary Brown-Wright Unit for her work raising money to fight hunger in her community. || Photo courtesy of Bayou Meto UMC

Every Sunday at Bayou Meto United Methodist Church, which is located about 19 miles south of Stuttgart, Avery Hampton helps distribute the bulletins and turns on the lights. Anything that needs to be done and an eight-year-old can do, she does.

“She knows where everyone sits and if they aren’t there when she is passing out the bulletins, she places them in their seats, waiting for them,” senior pastor the Rev. Nan Nelson said. “She is a little girl who wants to help.”

The church is relatively small, with just 48 members, and Hampton is the only young person who attends regularly.

“She’s an only child, her dad is a big farmer and her mom is very involved in the church,” Nelson said. “She tags along with her mom and she is of that age that wants to help and do a lot of things.”

Recently, Hampton — along with some help from her mom, Rhonda, and other members of the church — helped raise more than $1,200 by selling lemonade and baked goods. The money will be used to purchase food, supplies and what Nelson called “snack packs” for some of the children in the area. The second lemonade stand was held on July 20.

“I saw quite a few people from church there,” Nelson said. “We are a small church, averaging around 20 to 22 people, but they were all participating in one way or another.

“When I got there, there were lots of farmers from all around the area, sitting there, drinking lemonade and eating cupcakes, cookies or whatever was there.”

“Last year, Avery raised almost $700,” Nelson said. “Her money went towards the backpack program and help at the food pantry.”

The stand was located in the middle of nowhere, but it was in a central location for everybody that lives in that area, Nelson said.

The money she raised for the backpack program at DeWitt Elementary School allowed her to help fill 40 backpacks and purchase gift cards to give out to students who were in need of new shoes. In June, Hampton was awarded the Good Deed Award by the American Legion Auxiliary Brown-Wright Unit.

“I like to give people food that don’t have much,” Hampton said. “I saw grown-ups helping and I wanted to help.”

Nelson said within two weeks of the lemonade stand, members of the church started packing the items for the kids and she said the process took about 20 minutes, thanks in large part to Hampton’s leadership.

“Avery was there guiding, stapling and packaging,” Nelson said. “Everybody was pitching in. There were about 12 women there and I do believe Avery inspires them because they all want to do it, too.

“… I know everybody participated in the baked goods.”

Hampton said she looks up to her dad, Sloan, because “he always does the right thing.” She said she wanted to make a lemonade stand because farmers get so hot in the summer, and it cools them off.

“Her lemonade was really good,” Nelson said. “And word of mouth in the small community helped it spread so quickly – everybody wanted to be a part of it.”

Nelson has been the minister at Bayou Meto UMC for a little over a year; coming to the church after wanting to be at a smaller appointment. She said she already knew a lot of the people, so it was really nice and an easy transition for her.

“By helping her mother and the ladies of the church, Avery realized there was a need for more items in the area,” Nelson said. “She saw how the pantry didn’t have enough to give out to everyone and some of the kids, she knew from school.

“She has been to the pantry more than once and she noticed that the kids didn’t always get something. She asked permission to do it – it wasn’t her mother’s idea – it was completely her idea.”

Nelson said when she arrived at the lemonade stand this year, there were 12 pickup trucks parked next to it and “they were all there to participate.”

“It was something cool to drink and something sweet to eat,” she said. “It was held along a highway, where the church used to be, and they gave her permission to host a lemonade stand on the front steps.”

Hampton attends St. John’s Lutheran School in Stuttgart and volunteers as an acolyte for the church. She is going to play in a community softball league this fall and she also participates in other activities outside of the church.

“I think it is unusual,” Nelson said. “There are no other children or youth in our church, but she is exposed to the places where people are in need and she wants to help.”