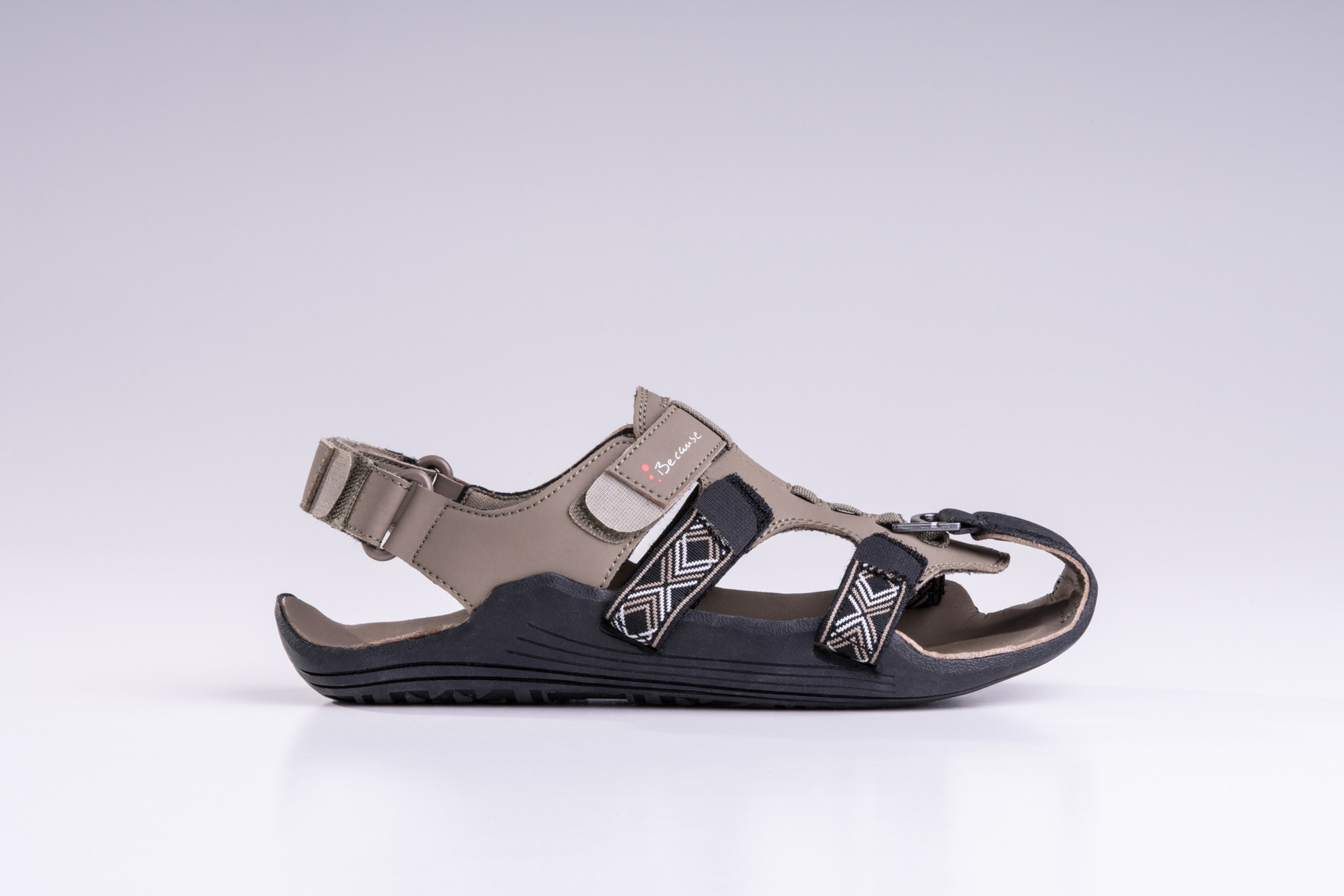 The Shoe That Grows is shoe with five buckles that can be expanded as the person’s foot gets larger, making it last for years.
|| Photo Provided by First UMC Bentonville

“I felt strongly that we could use this huge momentum of the biggest event of the children’s ministry year, to really make an impact in the world,” Wohlfahrt said. “Rather than playing games that are only loosely related to a theme, and making crafts that end up on the floor of the car or in the trash – I thought we could spend the same amount of time, energy and money, being in the service to our neighbors.

“In the process, VBS participants learn about what mission means, and about the needs of their neighbors near and far.”

The goal for the participants is to understand faith in action, Wohlfahrt said.

“They will know we are disciples by our love and learn about the kinds of needs that kids their age have across the world; things that we might take for granted like food, clean water, shoes that fit, an education, medication and a safe place to sleep,” she said. “The goal for our beneficiaries was that they would have a sign of God’s love through the gifts we provided.”

This year, Wohlfahrt and First UMC Bentonville’s VBS partnered with The Shoe That Grows, Heifer International and RiceBowls.org. She said they raised enough money for 60 pairs of shoes — equivalent to about $1,200. 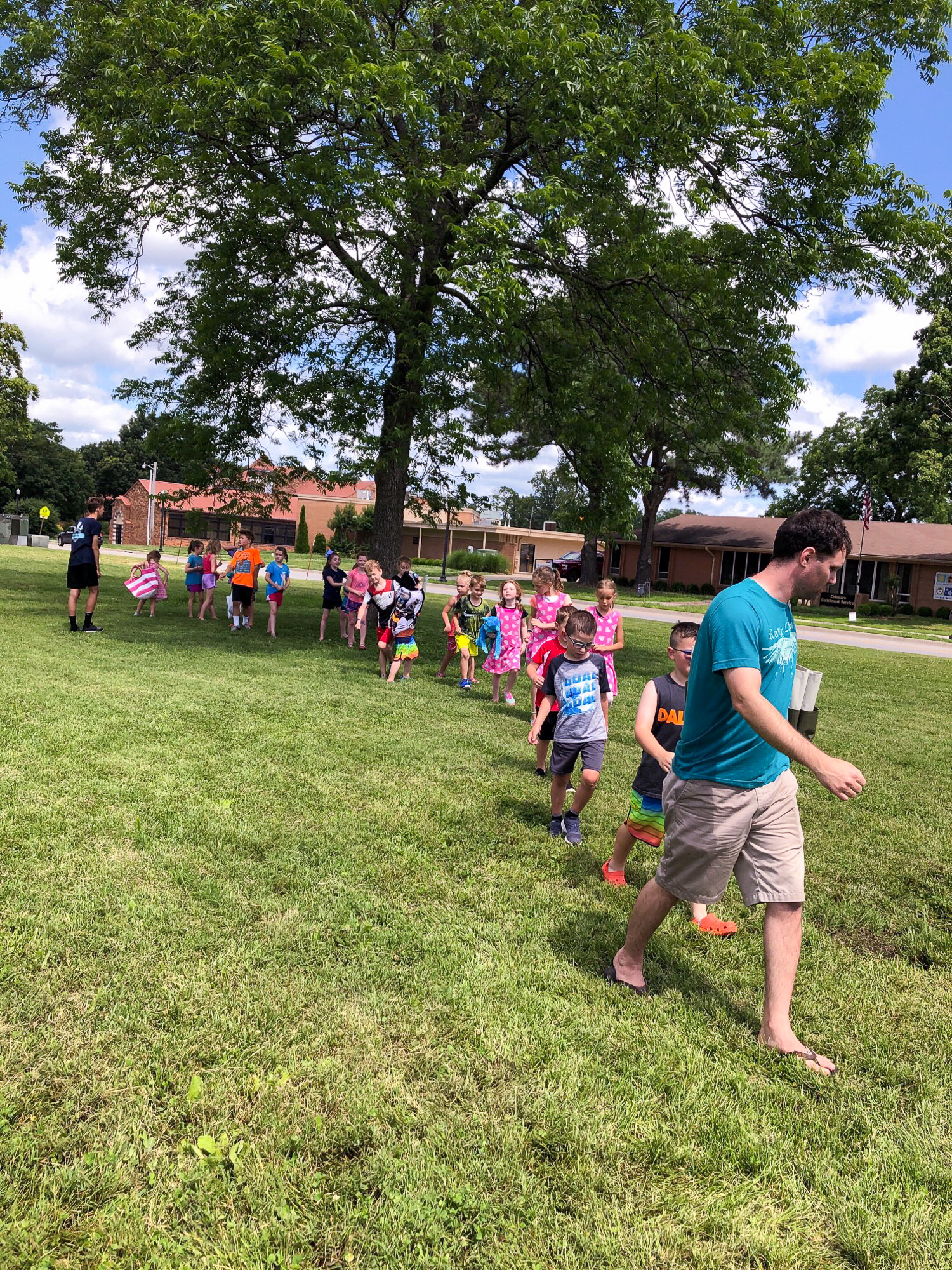 “Our own youth group will be taking these shoes on their next mission trip to Haiti later this year,” Wohlfahrt said. “So we will get lots of pictures of our actual donations being given. We also raised $1,100 for Heifer International and $1,213 for RiceBowls.org as well.”

For the Heifer International fundraiser, she said the kids painted cows on canvas which were then sold to their families and to the church for $5 each. That money was donated to provide heifers and chickens for families in needs.

“The kids learned about the benefit of the gift of an animal and the amazing work that Heifer International does,” Wohlfahrt said. “The kids also collected loose change in little plastic ‘rice bowls’ to provide meals for orphans in India.

“They learned about Indian culture and about what it means to be an orphan and to be a caretaker. We also worked with Meals on Wheels of Benton County, and our middle school group went on a full route one morning, delivering meals. That was very impactful for them.”

Elizabeth Emis is a children’s minister teacher at FUMC Bentonville, under the direction of Wohlfahrt.

“These kids will actually see the fruits of their labor and it really cements what Jesus was going for in the first place,” Emis said.

“We are looking at the face of someone and responding to that – it was really special.”

Emis said the church’s VBS program is very different than most in the state as they are pretty mission-minded.

“We stress that, no matter how old you are, you can find a place to offer grace throughout the day,” Emis said. “You don’t have to go overseas or get on a plane. You can be as young as a first grader and find a way to help someone.

“The Shoe That Grows ministry is one of the organizations that we partnered with this year, and in doing so, as a station leader, I was in charge of the learning projects and why this mission exists and in what ways it seeks to serve others and put others before ourselves the same way Jesus did.”

Emis said they had a video that showed a husband and wife couple from Haiti that had their own kids but were also fostering and seeking to adopt other children in their neighborhood. She said the area they lived in didn’t have sewer systems and so all the rain would run off into their homes.

“In order to negate the problems that came with it, you needed good shoes, but it is very difficult to purchase that many shoes,” Emis said. “You can pass shoes down from one sibling to the next, but it is not always the best way to go about it because every foot is different.

“So it was costing a ton of money and had become really problematic. This shoe, given by the mission, grows five sizes and it expands through buttons and snaps and can also be wider. They can also wear them with or without socks.”

Wohlfahrt said the mission work that the VBS programs do is important because she wants children, both in the church and the community, to understand the meaning of mission and service. This year’s VBS had more than 200 children in attendance.

“It is important to me that kids growing up in the church understand that being in the church means working hard, not just receiving,” she said. “We give and work hard. We tend to entertain kids throughout their time in children’s ministries, and then when they get to be adults, they are disillusioned and disappointed by a church that all of a sudden needs them to work.”

“My personal opinion is that we live in such a segmented society, and for various reasons, it can be really easy to feel pressure or feel persecuted, and feel as though things are super hard. And they may be,” Emis said. “But it’s important to have the understanding that there are other people who clearly have a need no one is addressing. They seem to have it all together, but only when you get to know them do you realize they do not. 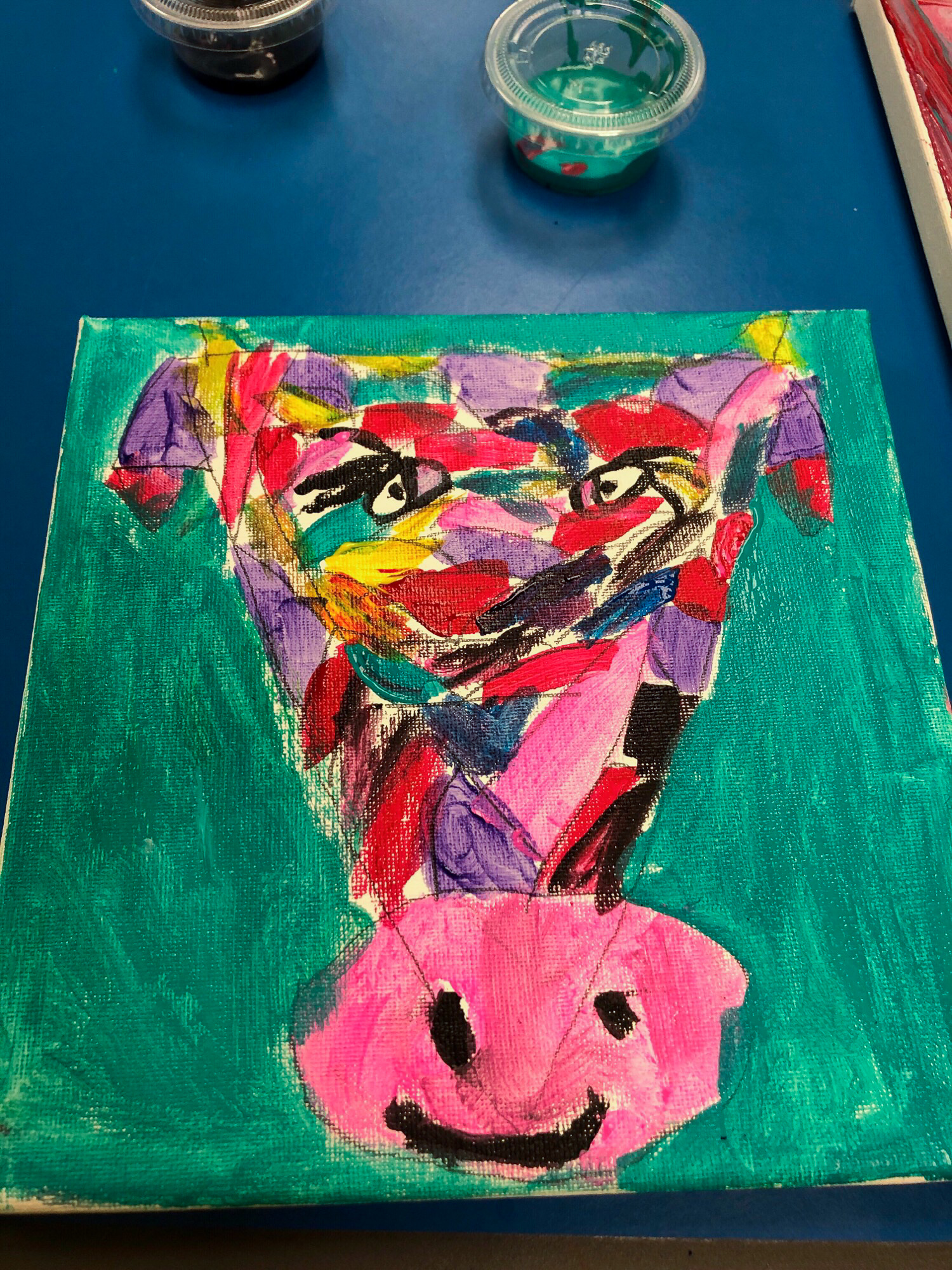 A sample of the “cow art” which was sold to benefit Heifer International. || Photo Provided by First UMC Bentonville

She said only when you begin to read scripture can you bridge that gap.

“God’s true kingdom was never intended to be as separate as it is now. And with these children, it is easier to teach it to them than adults, because they have a natural aptitude for it … They don’t know any different unless it is taught.”

Maribel Vizcarra is the director of communications for FUMC Bentonville and she said her two kids, Sebastian, 9, and Juliette, 6, absolutely loved participating in the mission work.

“I have to admit, I was surprised by how much they had absorbed after only a few short hours at VBS,” Vizcarra said. “They eagerly emptied their piggy banks onto their beds to help.”

She said leveraging innovation to fight poverty is crucial and “teaching our children to think outside the box, to find meaningful and impactful ways to help others is one way to define us as a missions station church.”

“Our goal at FUMC Bentonville is to give kids hands-on opportunities for mission work so they can become messengers for Christ,” she said. “Children are natural helpers. It is up to us adults to foster love and empathy in them toward others.

“We sincerely believe involving children in missions through our church has a direct impact on how active they’ll remain as adults.”

Wohlfahrt has been the children’s minister at FUMC Bentonville for five years and has been writing her own VBS curriculum for the past three.

“Each year, I choose 2-3 global partners, so that the kids can learn about needs that kids have around the world,” she said. “Last year, we learned about kids who don’t have access to clean water and raised money for FilterofHope.org to provide water filters to those who need them. We also learned about the risk of malaria, and the importance of mosquito nets for many children – we raised money for those nets through SweetSleep.org.
“Mission Voyage is just the name I came up for this year’s VBS. Our first year, was ‘Mighty Missions’ which had a superhero theme, and last year was ‘Mission Station,’ which had a train theme.”

Wohlfahrt said since she writes all the curriculum, she gets to come up with the themes, and the scripture outline. And one of the church members, who is a graphic designer, designs all of the logos and décor.

“We want the kids to seek out places where you can be of service and do service for Him,” Emis said. “We want to receive just as much as you give, and build a relationship with anything else that you’ve encountered.

“Children already see uniqueness around them, but what we want to drive home is that uniqueness doesn’t mean scary or wrong.

Next year’s VBS theme will be “Mission Olympics” and will be held the third week in July.

“Mrs. Wohlfahrt has a heart for Children’s Ministry,” Vizcarra said. “Through her work and the work of her volunteers and staff, she has laid the foundation of spiritual development for our kids through an engaging, hands-on, mission-focused VBS.

“She’s passionate, loving, strategic and, most importantly, has a strong relationship with Jesus Christ. She deeply yearns to share her love for Christ with others.”