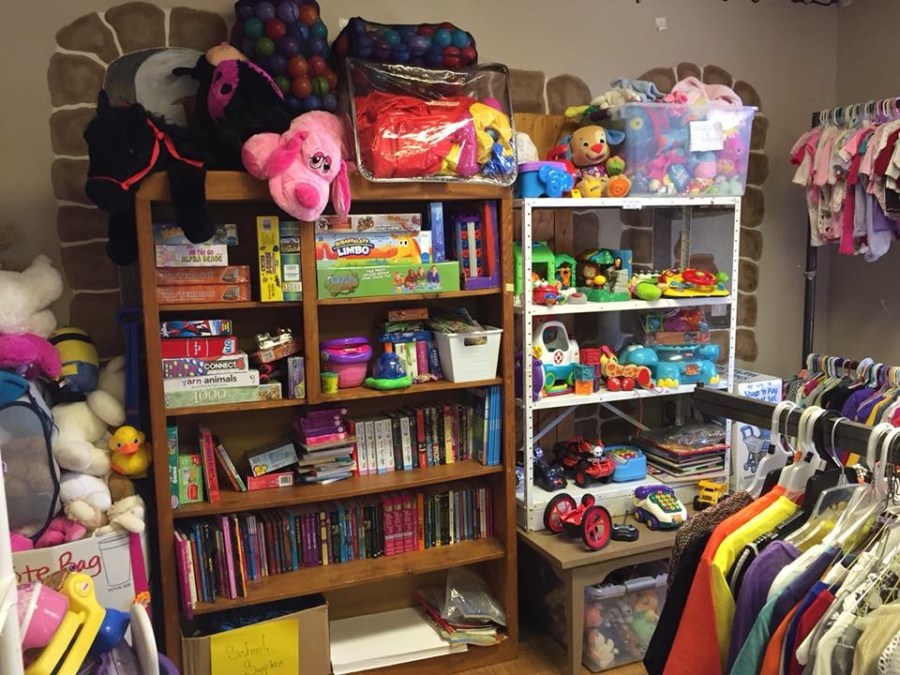 Sirina Robinett said she has never seen a path so clear.

“I used to be sad about the church, not really sure where I belonged, but God put me in the church, the Methodist church, and now it is clear,” Robinett said. “I consider myself Methodist now — this where we need to be.

“It fell into our lap in such an obvious way.”

Robinett said she comes from a Baptist background, and she said right away what stuck out to her when she went to the Methodist church was how family oriented the church was.

“If there was a need, they were pretty much aware of it, and the church was immediately on it,” she said. “The congregation loves helping out those needs.”

Robinett is a member of Morrilton First United Methodist Church and is the founder of the Room 29:11 ministry, which provides supplies for foster care guardians.

“It turned into something we couldn’t have imagined, and we took the concept and ran with it,” Robinett said. “One of my coworkers found herself in a difficult situation with her daughter and was going through some rough times with drug addiction, and her granddaughter ended up in foster care.

“The steps to go through guardianship are almost impossible to do by yourself, and she didn’t have a lot of extra resources,” Robinett said. “Within a few days, they are up for adoption, and you may or may not see your grandchildren again.

“She would have been up for adoption if she had stayed in foster care. The family is united differently now because she has been with grandma.” 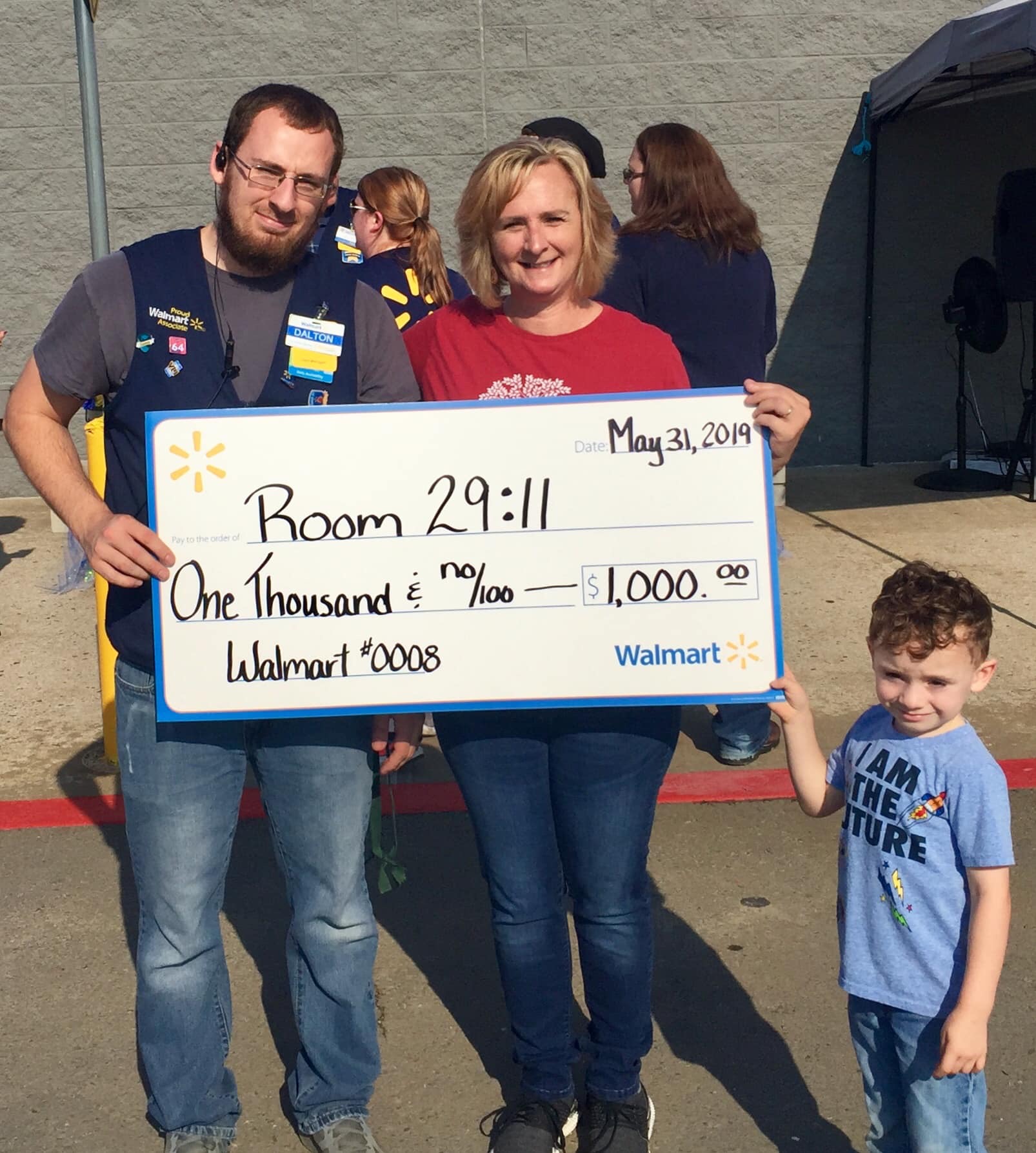 When senior pastor Katie Pearce first arrived at Morrilton three years ago, people started talking to her about the house next door and how it was primarily used for storage for Christmas decorations, and other things for the church, but it was mostly filled with a lot of junk.

“We had two groups in the church,” Pearce said. “One side believed the house was worthless and another who saw the potential and an opportunity to use it for something other than a storage shed.

“Once we presented the idea for the promise house, there was almost no discussion. It was very clear this is why we have this house.”

Pearce said the house got started when “we had several families in our church who were foster parents or hoping to adopt.”

“The amount of clothing, diapers, cribs — families are really on their own when they foster, so that is how it started,” Pearce said. “In our upstairs space, we had a Sunday School class that we have never used, but it was mostly focused on clothing and other items.”

Pearce said the house was somewhat modeled after the Joesph’s House of Russellville, which she said has been helpful in getting the Room 29:11 ministry going.

Robinett said it had been an answer to so many prayers and “I was moved to tears when I heard what the church had done for us.”

“We serve DHS as well as the families as a children’s closet and to give children a more home-like environment,” Robinett said. “When children are taken out of their homes, they usually have to sit in the DHS office, while they are making phone calls and finding a placement — it is a horrible, traumatic experience.

“We are not okay with kids sleeping on the floor or the couch. This house will provide clothing and other amenities such as bedrooms for children to go to sleep in the most home-like environment we can provide them.”

Robinett said they just ordered a kitchen nook hutch so the children can have dinner at a table, too.

“We are basically begging overcrowded homes to make room for this child because we are so short on foster homes,” Robinett said. “Often you hear about the negatives of fostering, but if people have the resources they need and support of the community, maybe we can have more foster families in Conway County. 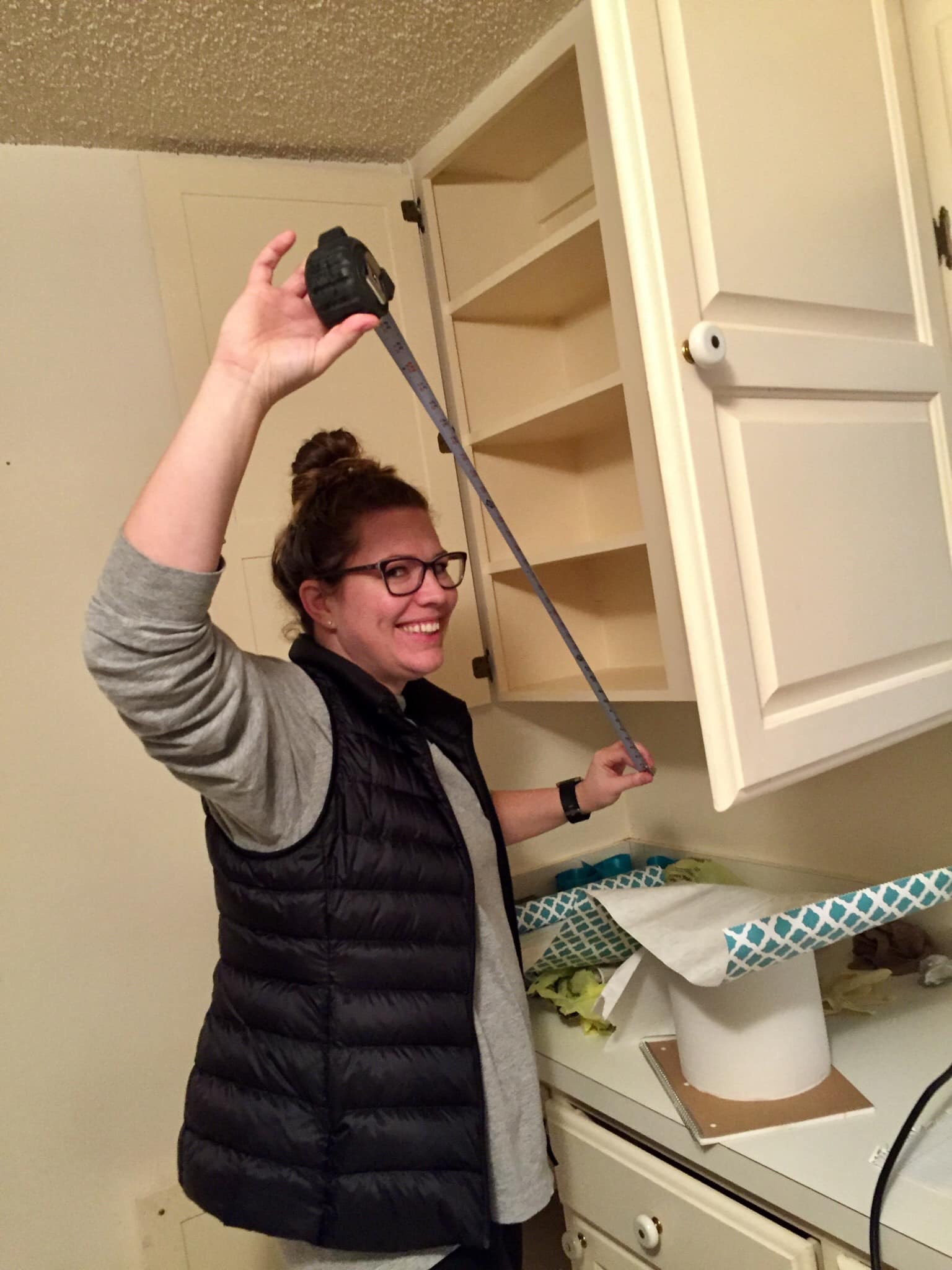 “Obviously, there is always going to be a challenge, but if the families feel supported, the hope is that it creates more foster families in our county.”

Pearce said they recently held a CALL meeting to try to encourage people who are considering fostering and adopting. She said they are always looking for new ways for people to get involved. One way volunteers can get involved is as a driver that can take foster children to dentists, doctors or court dates.

“We want to try to offer them as much support as possible,” Pearce said.

She said the house also acts as a host to visitations.

“Before, when parents had visitation, one of the places it would happen is in the adult Sunday School class, but this house will offer another place for supervised visits and offer a little more space,” Pearce said. “The goal is to reunite the children with their families in a natural, home-like environment.”

Pearce said they are hoping the house will be ready by July.

“It has been cleared out now,” Robinett said. “We had a lot of work to do with plumbing, air conditioning and the furnace, as well as replacing a few faucets and drains.

“But everything has been inspected and is good to go.”

She said the furnace still needs to be repaired — possibly replaced — but she expects for everything to be moved in by the last week of June. The children’s closet is up and running for immediate placement, as well as visitation.

“The goal is to be ready for back to school time because that is probably our busiest time,” Robinett said.

“We still need to put up wall fixtures and stuff like that, but we are going to make do for right now because we have taken care of the majority.”

“One thing that has been amazing is how all the churches and organizations have been involved,” Pearce said. “From extension homemakers, Farm Bureau — really anyone that has something to offer.”

Robinett said extension homemakers raised $200 from a bake sale and they did a 5K walk at Petit Jean Mountain that brought in $2,300.

“One of the local churches painted the inside for us — literally everything has been coming together because of volunteers,” Robinett said. “Honestly, that’s why it is taking a little bit longer because people are doing it at cost.

“They are doing a great service. I’m so grateful.”

“It has been a very diverse group of people,” she said. “It is neat to watch all of the connections coming from it.

“I just love it when we all come together.”