There are some tried and true ministry outreaches that so many churches use to make disciples who make disciples, but sometimes a church finds a very specific niche that serves their community best!

West Memphis United Methodist Church has done just that! When Children and Youth minister Carissa Tarkington was hired, she was met by a group of lay leaders that had a passion to go to Church of the Resurrection for their summer workshop training.

Upon arrival at C.O.R., they decided to divide and conquer so that they could get the most out of their workshop experience. One group went to a workshop called Building Better Moms, and they just knew it was a ministry their church could offer in West Memphis.

Once they returned to Arkansas, they were excited about what they learned but didn’t immediately take the “build it and they come” approach to programming. They prayed and listened to how this could be used in West Memphis. 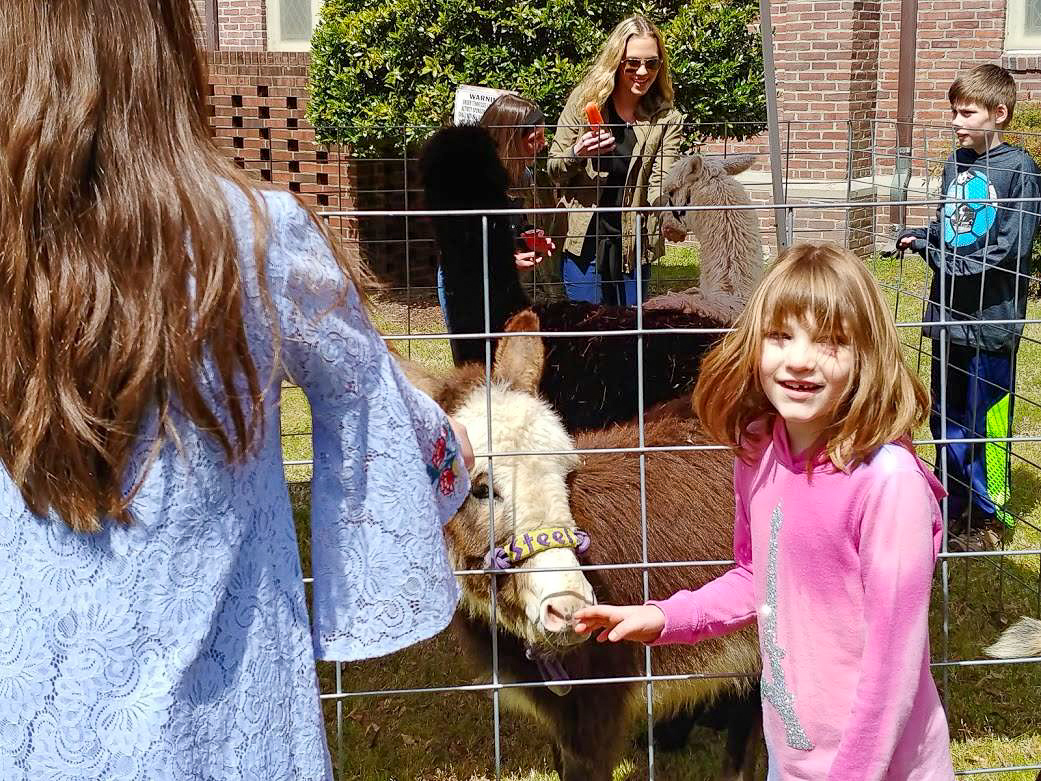 A petting zoo for children with special needs was one of the activities that Building Better Moms helped put together for their community. || Photo provided by Carissa Tarkington

They started listening by creating a Facebook support group with moms in their church and inviting other moms from the community. They had teachers in the public school system who would invite moms that they knew to the public Facebook group. The administrator of the Facebook group kept daily discussions, ideas, encouragements going to give the moms what they needed. The group members needed to know they were not alone in not having all the answers about raising their children. The Facebook Group grew to 300 followers.

The helpful discussions in the Facebook group and building connections with the West Memphis UMC members made it easy to take a poll: “If our church would offer some parent classes and training, what areas would you like to see us cover?” They received overwhelming feedback for parenting children with special needs, and mental health for children and parents.

They also asked, “if they were able to offer this training, what would be the most likely night to come?” Tuesday was the night that worked for most moms, but they would also need childcare if they were to attend.

Carissa and her lay leaders got busy planning their first Building Better Moms training. They asked the UMW to provide a meal. Senior members of their church who were moms volunteered to sit as mentors at each table during the meal and speaker.

They asked several mental health providers to come and speak at the event explaining services and parenting techniques. Oh, that thing about childcare! 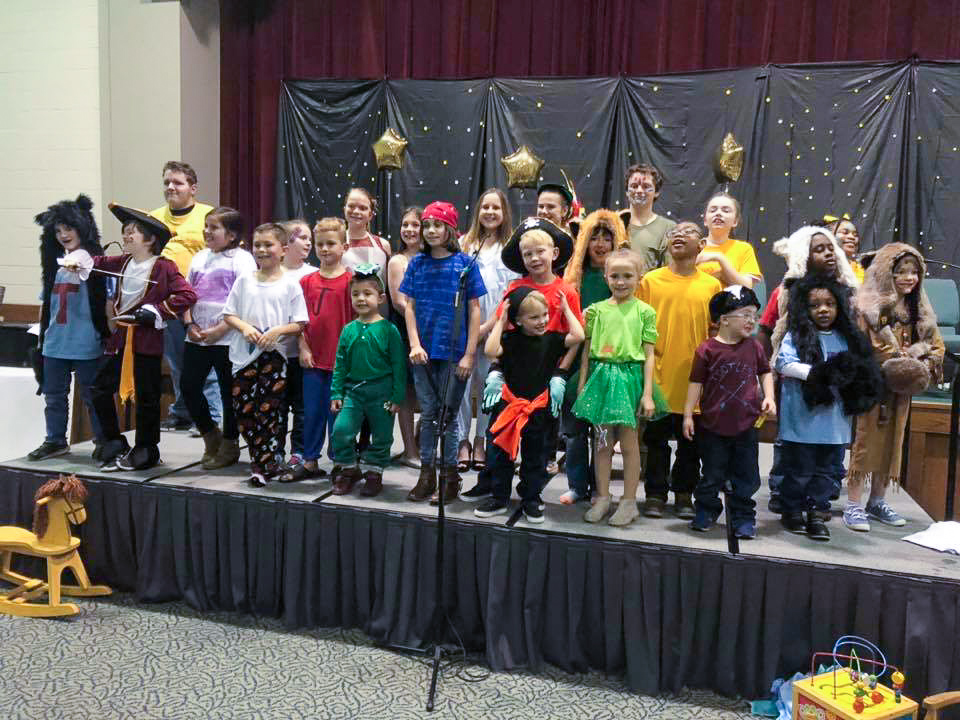 The Peter Pan production was the first ever special need student theatre production held at the church. || Photo provided by Carissa Tarkington

Well, the nursery was provided by the church with help from the paid caregivers, youth and the fathers of the families attending. The fathers that helped found themselves creating their own support group while they supervised and played with the kids. This father group was an unexpected blessing that clearly showed their communities need for connection.

Table group discussions during this event lead to another overwhelming need. The parents attending had special needs children, and their kids were not part of social groups or getting chosen for school activities like school plays. So, from that one night, the special needs cast for the Peter Pan production was launched. Building Better Moms members, the youth group, church members financial backing for set and costumes along with the director Carissa Tarkington debuted the first ever special need student theatre production of Peter Pan held at the church.

West Memphis UMC really let the Holy Spirit lead them to what their community needed. Building Better Moms, the program they learned about at C.O.R., does not necessarily focus on moms of children with special needs, but that is what this group became. The church body felt there was a need and just kept listening and following the need. Building Better Moms continues to be a growing ministry with more than 100 moms participating in monthly activities at the church and in the community.