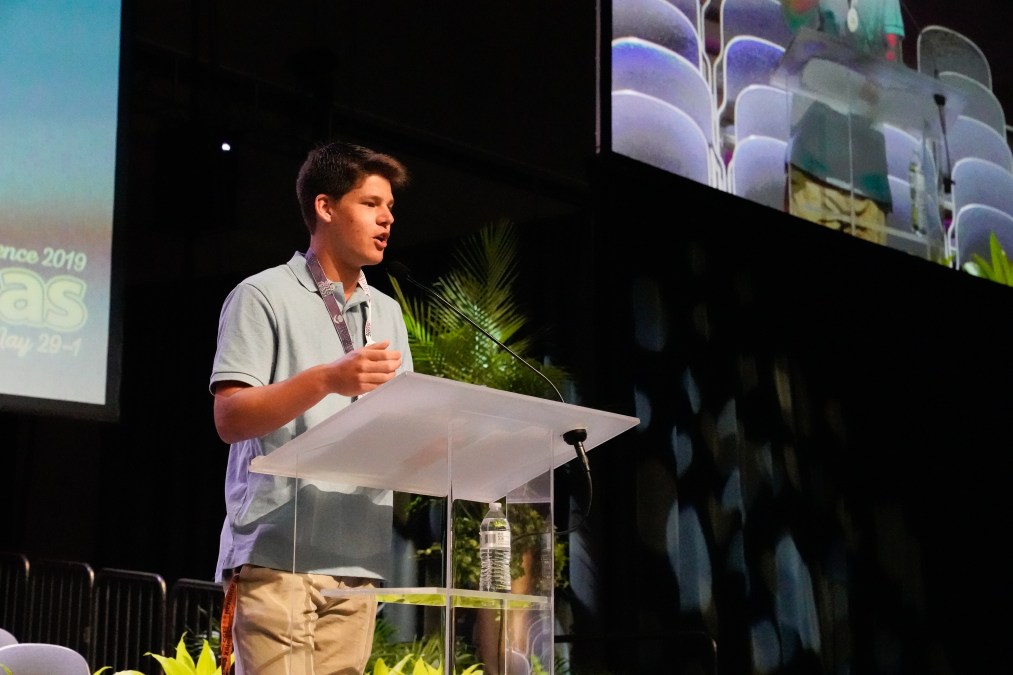 The South Central Jurisdictional Conference delegation, as well as alternates, were completed during today’s business sessions. After several rounds of voting, the final ballot was lay ballot number 16.

“I’m honored to be serving on the Arkansas Conference Delegation for the next four years as we prepare to interview and elect people who are discerning calls to serve as bishops,” Bates said. “With another General Conference on the horizon, even with tension and uncertainty that we humans have created, I have hope that we will be able to hear God and join in the work around the world that God is already doing. I pray that we will humbly walk with God as we act justly and love mercy.”

The Rev. Hammett Evans, senior pastor of First UMC Monticello, felt joy after seeing that he had been elected during the ninth round of clergy ballots.

“I’m thrilled to be a part of such a diverse and gifted delegation. It’s a real honor to serve our Annual Conference as we pursue a future with hope for all of God’s children,” Evans said.

The final delegation can be found below: 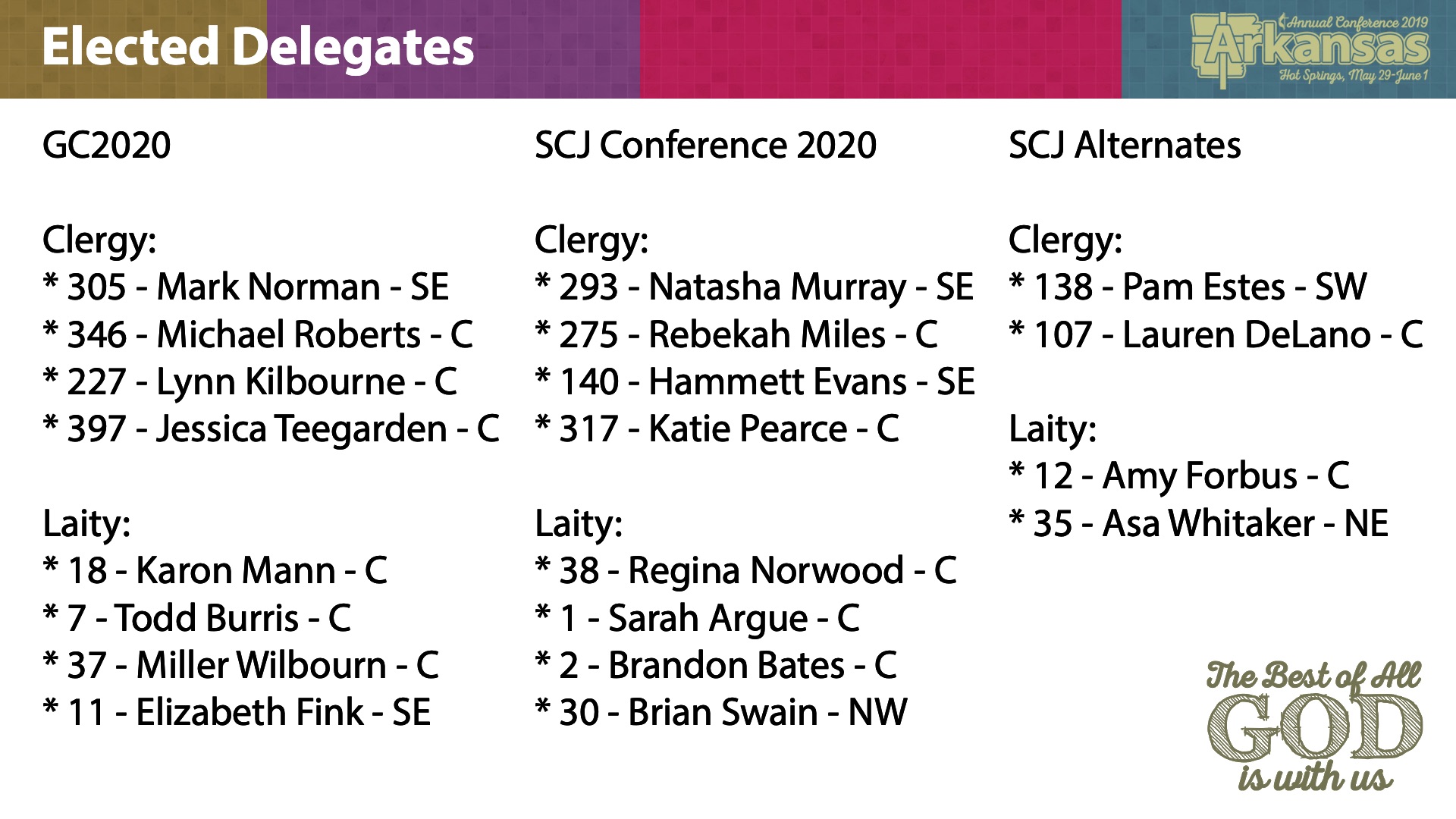 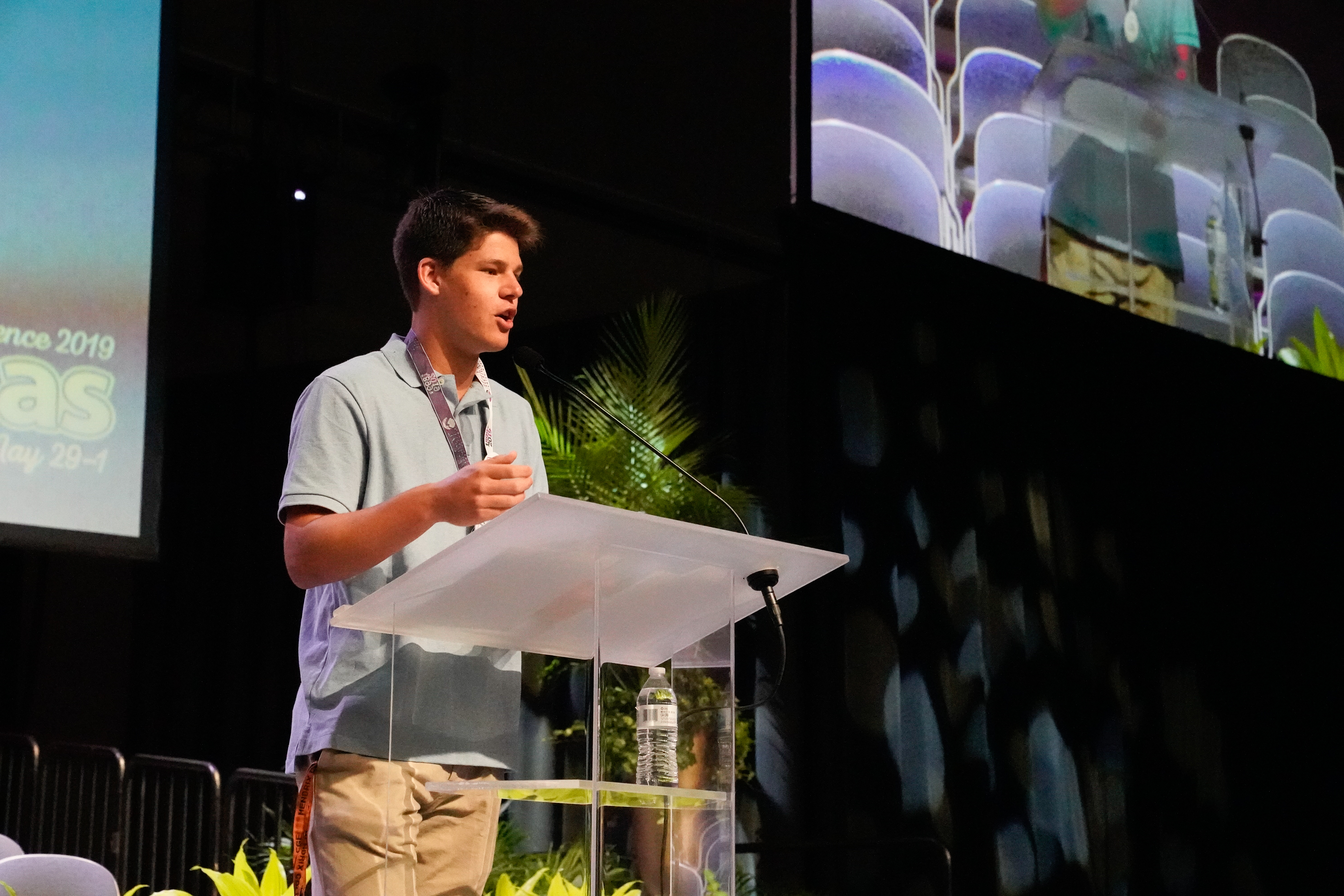 Mathis focused his speech on the importance of making sure congregations include more youth into the work of the church.

He also talked about his own experience and self-doubt taking over as ACCYM president.

Mathis said he felt unworthy to take the role at first, but remembers what a former youth president told him: “God doesn’t call the qualified, he qualifies the called.”

Later, Mathis addressed the results of General Conference, and how it is not just an issue that affects the current generation; it also affects the future leadership of the church and everyone in between.

He finished by encouraging older generations to change the culture of hate that he feels is currently in the UMC due to the decision on human sexuality at General Conference 2019. Greg Jones Reports

More reports were given today from various missions, conference centers, and educational institutions.

“Since starting the project five years ago, more than 500 churches in Arkansas have started a 200,000 Reasons mission at their church,” Dassinger said.

Bishop Mueller added that although that number is amazing progress from where they started, more can still be done.

“100% of churches, regardless of size, can get involved in this work,” Mueller said.

For more information on 200,000 Reasons, contact Mary Lewis Dassinger at mdassinger@arumc.org. You can also check out the 200,000 Reasons class on CouRSe, the Conference’s new online learning management system. Enroll in CoRSe by visiting arumc.myabsorb.com.

Richard Hearne of the Lydia Patterson Institute also gave a report on the school, which services junior high and high school students living on the U.S. – Mexico border.

“This year, 81 students graduated from the Lydia Patterson Institute, and 100% of those students are enrolled to go to college in the fall, many at United Methodist institutions,” Hearne said.

He also praised the Arkansas Annual Conference for the ongoing campaign to raise money for the school’s new chapel, which the United Methodist Foundation of Arkansas has committed to matching every dollar donated up to $250,000.

A few awards were also given today, including three Harry Denman Evangelism Awards. These awards went to the Rev. Casey Turner of First UMC Jonesboro, Zach Schrick, and Shannon Mecum.

According to The Foundation for Evangelism website, the award “honors United Methodists in each annual conference whose exceptional ministry of evangelism – expressed in Word (what), Sign (why), and Deed (how) – brings people into a life-transforming relationship with Jesus Christ.”

Michael McSwain of the General Board of Discipleship also awarded the One Matters Discipleship Award to members of North Pulaski United Methodist Church. 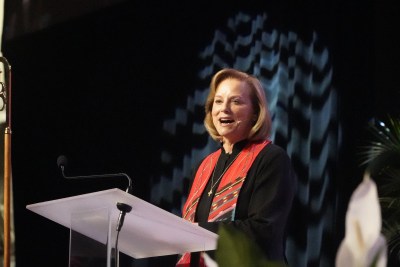 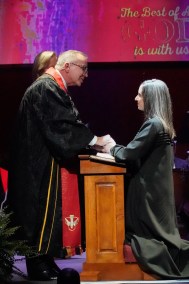 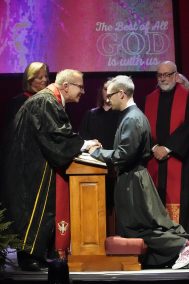 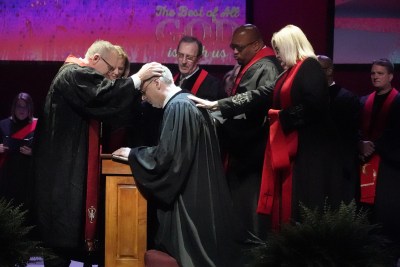 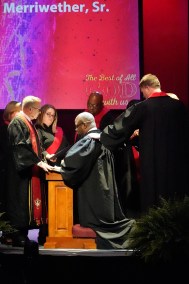 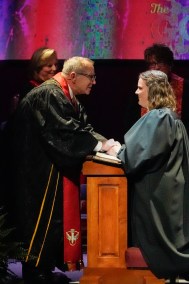 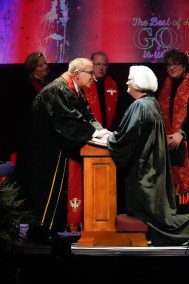 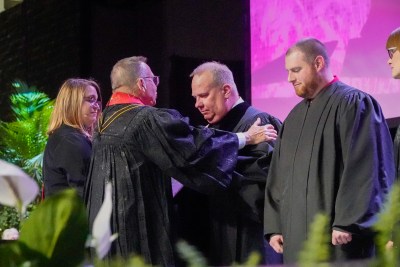 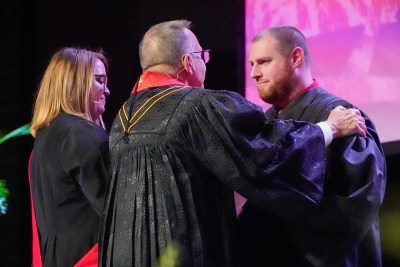 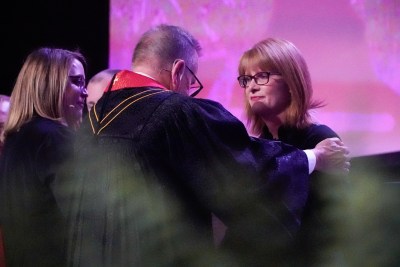 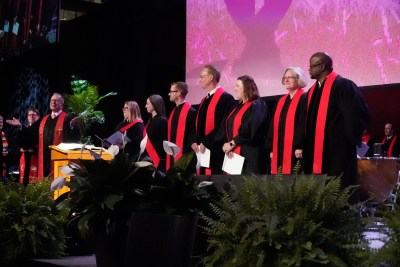 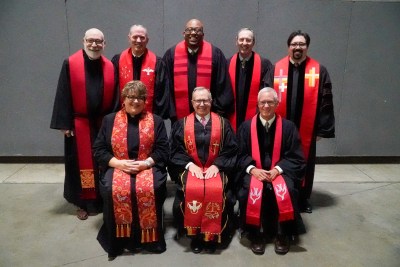 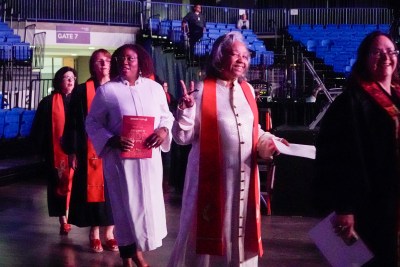 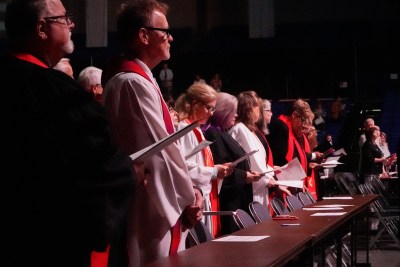 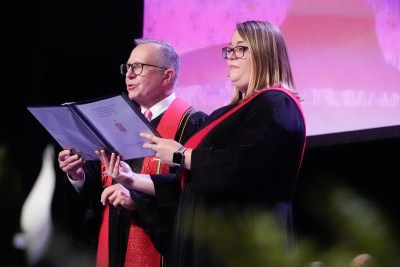 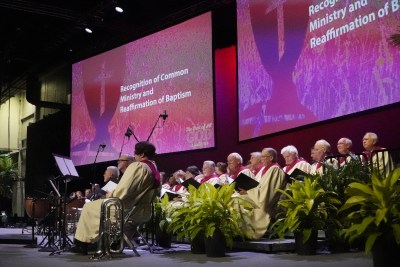 The business session will finish up today. The Lucy Foster Award presentation, the CF&A report, the Board of Trustees report, as well as two resolutions are scheduled for the final day, June 1, of Annual Conference.