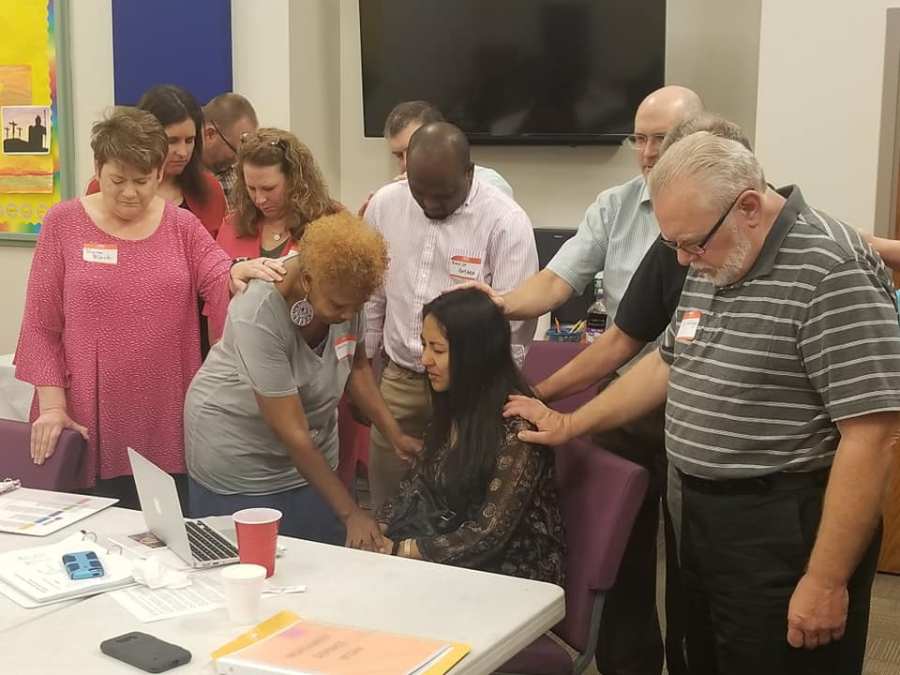 In the United Methodist Church, there are three distinct candidacy paths that those who seek to teach and serve in the denomination can take: an ordained elder, an ordained deacon, or a local pastor.

Elders are ordained clergy and can serve in parish ministry as a pastor of a church or some form of extension ministry, like a chaplaincy.

Deacons are also ordained clergy in the United Methodist Church but serve in a different role than elders. According to the “Exploring Your Call” page of General Board of Higher Education and Ministry’s website, deacons “may work primarily in congregations or they may work primarily in settings like hospitals, social-service agencies, mission agencies, schools, counseling centers, denominational agencies, and more.”

The duties and requirements of a local pastor are outlined in the Book of Discipline, “Section IV: License for Pastoral Ministry,” but the primary role of a local pastor is to lead others to Christ through preaching and teaching at a local congregation.

The urge to bring others to Christ is what lead Kelsey Mendez to accept her calling as a certified candidate for local pastor licensing school.

Mendez, 29, currently lives in Dardanelle, Arkansas. She serves as the worship leader and helps with the youth at Dardanelle First UMC.

“The desire in my heart was to serve God in any area he wanted me to serve. When God calls you to serve, it’s not something that you can resist. But I was resistant at first to that call.”

She couldn’t shake the feeling that God was placing in her heart, so she sought counsel from the Rev. Jim Benfer, senior pastor at Dardanelle First United Methodist Church. Benfer suggested that she pray and discern where God wanted her to be.

“Because I didn’t grow up in the United States, it was harder for me to get an education after high school. I didn’t think I had a lot of opportunities after school because I couldn’t get a degree. But then I realized that if God wants me to study something more, then that opportunity will happen for me.”

Mendez has a natural desire to serve and teach other people; so it’s no surprise that pastoring became the path that she pursued.

Another passion of Mendez is reaching the youth in the Hispanic community in Arkansas, particularly in ways that help them to feel more comfortable in an uncomfortable environment.

Mendez knows that feeling of being out of your comfort zone all too well; although she was born in California, her parents – Guatemalan missionaries to Mexico – moved everything they owned down to Mexico when Mendez was five years old. She moved back to the U.S. at 20 but, because she was very young when they left, had to “learn everything over again, including English.”

Lupita Chavarria is attending the Perkins School of Theology’s Course of Study school this summer in order to obtain her local pastoring license.

Lupita Chavarria, currently a layperson helping with the ministry at Amboy United Methodist Church, will also be pursuing a pastoral license this spring. Chavarria feels the same call as Mendez and wants to serve the Hispanic and Latinx community of Arkansas after completing local pastor licensing school.

While at Amboy, Chavarria started a Facebook Live stream service, where she preached sermons in Spanish to reach an audience that didn’t necessarily attend church on Sundays.

Chavarria, however, came to Methodism later in life.

Formerly a practicing Catholic, Chavarria, 50, answered her calling to become a pastor after those in the Catholic Church told her that she could not become a priest because she was a woman. Life as a nun wasn’t part of the plan, so Chavarria continued her day job in the corporate world for the time being.

“But there was a hole in my heart. One day, a few years ago, I met pastor Betsy Singleton Snyder of Pulaski Heights UMC at a school board meeting.”

Chavarria was on the community advisory board for the Little Rock School District, and Singleton Snyder was there with other church leaders for a community meeting.

“I realized after talking to her that being a woman and a pastor in the Methodist Church was not strange.”

Chavarria started attending Pulaski Heights regularly and then joined the church a short time after.

She decided to pursue local pastor licensing school out of a firmly held desire to teach and mentor other people, especially the Latinx community.

“Pastoring will let me do the same things that I’ve been doing all my life, but the only difference is now I am doing these things in the name of Jesus Christ,” Chavarria said.

Chavarria is attending the Course of Study School offered by the Perkins School of Theology this summer. She will be enrolled in the Spanish language course, her first language, to better equip her for ministry.

Mendez has already attended one session of licensing school this past month, April 26 and 27, in Clinton, Arkansas. Her next session will be May 12 – 18.

Mendez says she is taking her time with school because she’s also a full-time mother with a small child but has plans to possibly pursue a ministry in Danville, Arkansas after receiving her pastoral license. 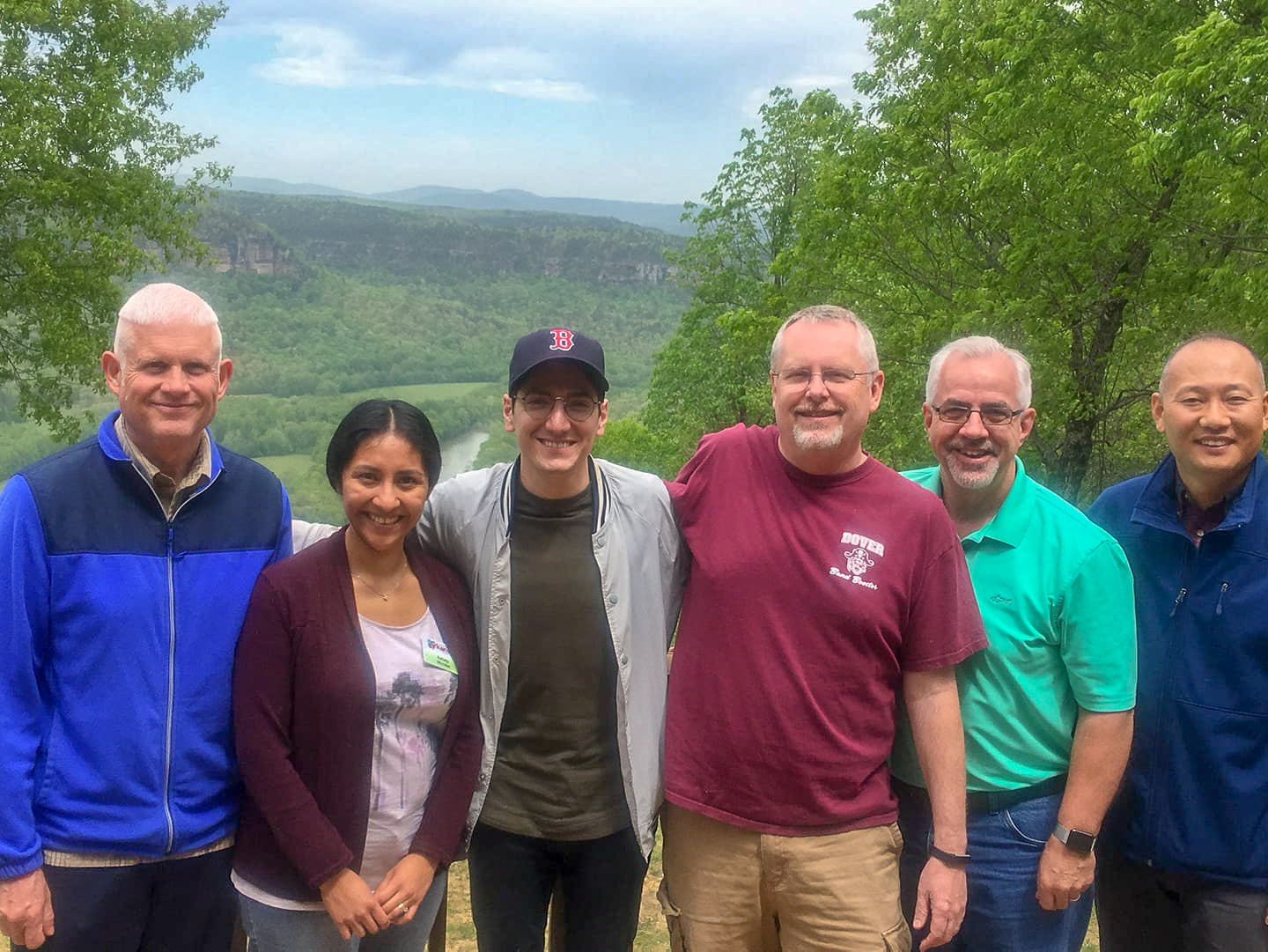 Benfer said that he’s excited to see what Mendez will bring to Arkansas once she’s finished with school.

“I have been able to see her develop from a young church member to a very active and spirit-driven leader in our local church,” Benfer said. “I see the passion in her to bring new young Hispanic people in our area into the United Methodist Church. It inspires me that the next young, mission-oriented generation still takes their cues from the missionary spirit that John Wesley has passed on to us.”

Chavarria has her immediate plans already laid out, thanks to a new appointment to Southwest Little Rock as a PTLP for a new ministry partnership at St. Andrew’s and Geyer Springs UMC.

The Southwest Little Rock move was announced last month as a new way to bring together the mostly minority population of that section of Arkansas’ largest city.

“Lupita brings a great love of Jesus and a dynamic entrepreneurial spirit to ministry, and I join our District Committee on Ordained Ministry in supporting and encouraging Lupita as she begins her path in vocational ministry,” said the Rev. Dr. Blake Bradford, district superintendent for the Central District of the Arkansas Conference.

Chavarria will begin that new appointment on July 1.

For both Chavarria and Mendez, pursuing their calling in pastoral ministry is a huge achievement in their lives, and something that they hope will allow them to better reach the people of Arkansas for the mission of making disciples who make disciples.

“My first passion is to present Christ to others so they may know who gives us salvation … and being able to reach the younger generation for the Lord,” Mendez said.

“There are not a lot of Latino and Latina Methodists,” Chavarria said. “So, here in Central Arkansas, my goal is to inspire people to follow Jesus and the Methodist faith. The way to do that is to let people know what we believe and let them have the freedom to choose if they want to follow Jesus Christ in this way.”