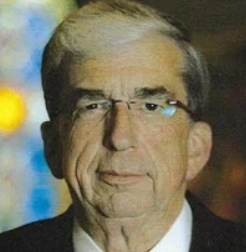 David Moody Moore, Jr., born September 19, 1949, in Little Rock to David Moody Moore and Jane Frances Paschal, passed away May 4, 2019, at the age of 69. After graduating from high school he attended UALR and the UAMS College of Health Related Professions School of Radiologic Technology where he began a long, rewarding and impactful career at UAMS.

He first began as a radiology tech performing special procedures with Dr. Joseph Bissett, advancing later to Associate Director of Patient Care, overseeing special projects and day to day operations of Radiology, MRI and PET facilities. During his 50 years at UAMS, David cared deeply for the quality of patient care and understood excellence which he pursued to the highest degree. He was most recently named to the committee overseeing floor additions to the UAMS Cancer Research Center in its quest for national recognition.

David simultaneously pursued a second career in the ministry, attending SMU Perkins School of Theology and working as an Associate Pastor at Highland Valley UMC from 1989 to 1995, then transferring to Asbury UMC in 1995 as Associate Pastor of Congregational Care until his retirement in 2015.

David had many friends and was beloved and adored by all. He had a special gift for bringing strength, joy, and laughter to others. He will be greatly missed; many hearts are broken, but we rejoice in his heavenly reunion with his Lord and Savior and with his parents and others who have gone before him. He had a deep faith and knew the power of God’s love and grace which he freely shared with others.

Services will be held on Thursday, May 9 at 11:00 a.m. at Asbury United Methodist Church, officiated by the Rev. Tom Weir, with a reception to follow. Memorials may be made to Asbury UMC, 1700 Napa Valley Dr., Little Rock, AR 72212.