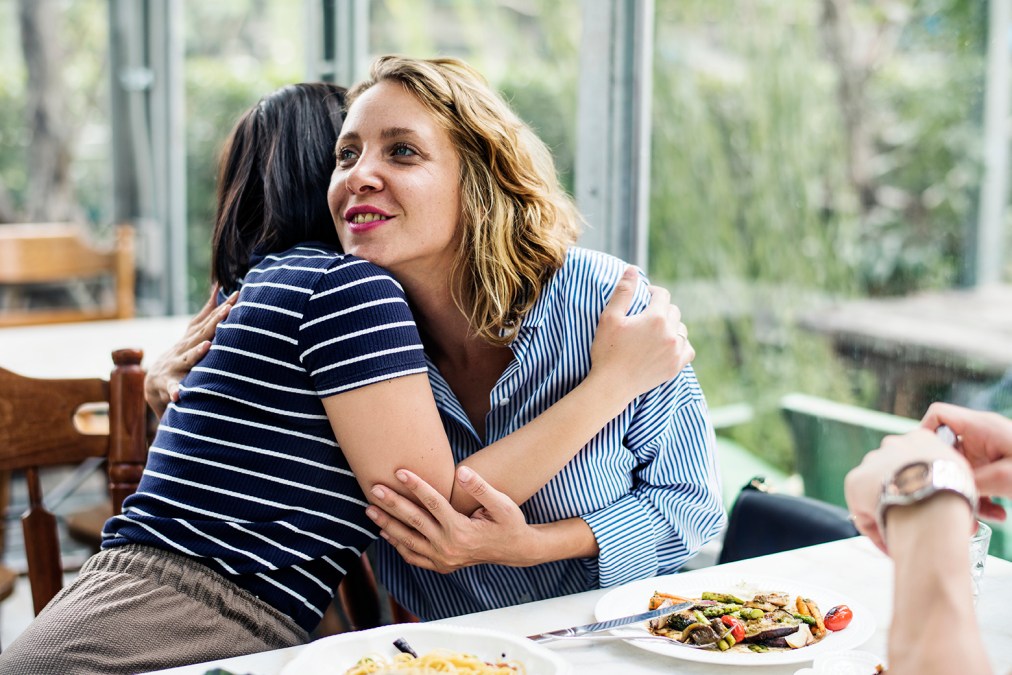 Christ called his followers to be his disciples. He called them to follow his example and to do more than just attend church on Sunday.

However, asking someone to “be a disciple” can sometimes be scary or off-putting, but with #Disciple365, the idea is to showcase how even the littlest things can be used to glorify God.

“It doesn’t have to be something difficult or huge, but could be something that is already part of your life,” the Rev. Bill Sardin said. “We can share the gospel with our neighbors, our coworkers or anyone else that we can interact with on a daily basis.

“… It is the small things that you do that can really make a difference.”

First Corinthians 12 discusses how “we are part of the body of Christ, and we each have a little thing that we can do to build the kingdom of God,” Sardin said.

“That is what we are wanting to focus on, is these little things, that anybody can do at any time,” Sardin said.

He said it could be as simple as a hug for someone that is suffering from a loss.

“Maybe their mother or their best friend died, and you are there to hug them,” Sardin said. “We want to start collecting stories of people doing these small things and through video, share the stories with people to inspire others to go out and make a difference.

Sardin is the associate pastor at Hot Springs First United Methodist Church and is finishing up his second year with the church. In March, he went on a mission trip to Israel.

“I’m taking a group of people — most of them for the first time,” Sardin said. “I want to help our conference as much as possible and share the kingdom of God with Arkansas.

“I feel like #Disciple365 is the most basic stepping stone for offering the kingdom of God to every part of Arkansas because it is on an individual level.”

The idea for #Disciple365 stems from Love 365 and Jen Kramer. Kramer spent a year in 2018 writing letters to friends, family members, and even strangers. She was a guest on Sardin’s podcast, The Happy Hippie Jesus Show.

“I was really interested in publicly taking this on, to alter the way I use social media,” Kramer said on the podcast. “…Very typically, I posted a picture of the person, I wrote anywhere from five to eight sentences, who that person is and why they were important to me.”

“… The irony is when I embarked on this exercise, I didn’t have a plan. I didn’t have a strategy,” Kramer said. “… There were times it was very clear who I was going to write about, but there would be other times where it would be 8 or 9 at night, where I would have to reflect on my day or my interactions and see who would show up.”

Kramer’s message inspired the Rev. DeeDee Autry, who has been the lead for #Disciple365.

“If we are a church-goer or a follower of Christ, it is not something we can just check off this list,” Autry said. “If we claim to be a follower, then we are a disciple — that is part of our identity.

“#Disciple365 is telling those stories and how can we raise up those stories that others may not see as their discipleship, although it very much is.”

Autry said the goal is to kick off the campaign and engage with some people during the Arkansas Annual Conference at the end of May.

“The ultimate goal is to use different platforms for people to share their stories,” Autry said. “In 2020, we would be compiling these stories as a daily devotional, and telling the story of people living out their discipleship.”

Autry said many people don’t consider what they are doing in their everyday life as their identity as a disciple.

“When people volunteer at the clothes closet or food pantry or pick up trash and just numerous things that people do — just being good people — I don’t think we often claim that as our discipleship,” Autry said. “There is some mystery around what being a disciple is, and it is about something bigger than we are, but we don’t recognize it.

“…Nothing is insignificant. It is not always on a big scale, but it is little things that add up. … This is what I believe Jesus calls us to do, is to help the least of these and there are trillions of ways that we can do that.”

Autry said her discipleship starts with her family, and extending grace and love and supporting all of her family.

“If it means I can help them, and support them in whatever they do and walk alongside them, I try to do it,” Autry said. “I see it as my role as a pastor and choose to extend a hand and make sure (my congregation) has everything they need to be the best they are.

Autry — who has served local congregations for 28 years — lives in Fort Smith and recently launched her own coaching business, as a lifestyle ministry coach.

“We have to find ways to affirm who people are and help them realize they have great gifts in them and really acknowledge it,” Autry said.

Autry said she has been a part of the Arkansas United Methodist Church for many years and has seen some things come and go, so the challenge or the hope of #Disciple365 is that “it becomes ingrained into us.”

“We are in a time where the world needs to see faith in a positive point of view,” Autry said. “It is not something gimmicky or trying to tout numbers, but it is about changing the culture or claiming who we say we are.

“… When we begin to practice it and make it a part of our culture, it becomes very natural.”