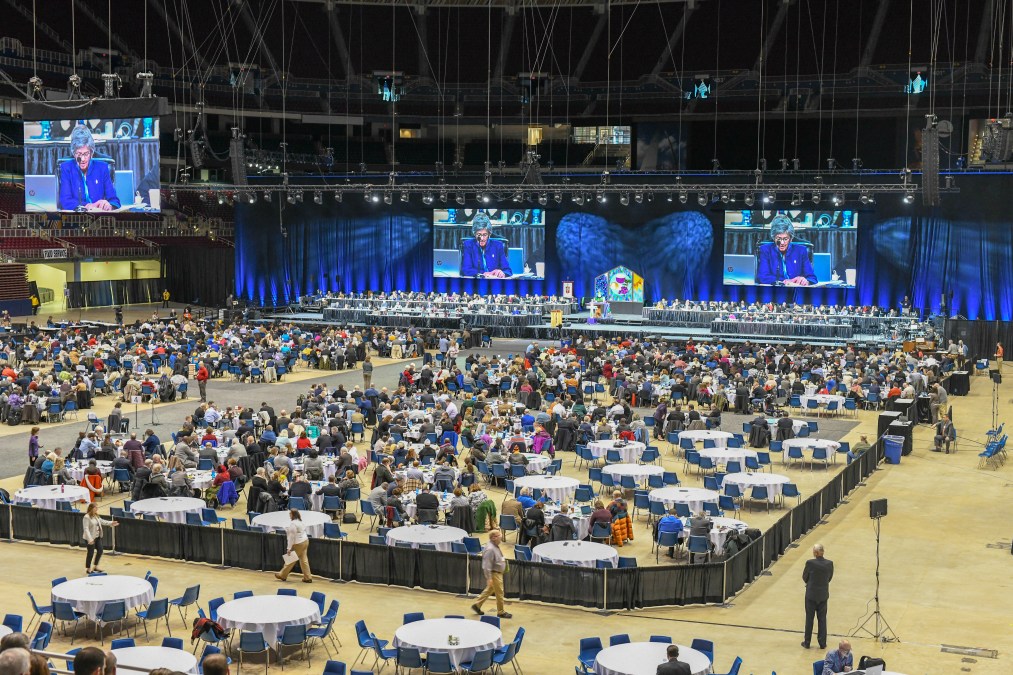 On day two of the special session of General Conference, the 864 delegates voted on which legislation they would like to prioritize in the ensuing legislative committee, ranking the 24 bundled petitions as either high priority or low priority.

Despite early technical difficulties with the electronic voting devices, delegates were able to cast their vote for which plans they believed would need to be discussed further in the legislative session.

The petitions that received a majority of high priority votes were those related to the WesPath pension liabilities and CRS, which received 518 votes or 63.56 percent. Both WesPath petitions, 90016 and 90017, were bundled together and voted on as one petition.

The third major plan from the Commission on a Way Forward, the Connectional Conference Plan, received 102 votes and 12.44 percent.

For some of our Arkansas delegates, the votes regarding pensions were no surprise.

“The prioritizing vote at GC2019 was a reflection of what we experienced at many of the Arkansas district-wide charge conferences. The most common question had to do with pension benefits and obligations and we will deal with those items first,” said Todd Burris, lay delegate to General Conference 2019. “I am saddened by the desire of the body to discuss disaffiliation procedures before we discuss any of the three plans. I know we are stronger together because of our diversity and fear that personal interests will be placed before what’s best for the Church as a whole.”

Karon Mann, another lay delegate from the Arkansas Conference, said she was also not surprised by the pension vote, but sees the Traditional Plan causing some interesting discussions in Monday’s legislative session.

“The Traditional Plan that received top prioritization of the plans to be considered was the largely unconstitutional version. There will have to be substitutions or amendments, and I hope delegates are allowed proper time to process and study any proposals so we can cast votes that are in the best interest of our church’s future,” Mann said.

“I was relieved that the Traditional Plan was the highest ranked of the three plans with 55 percent. I also was impressed with the courteous way we received the report. Hopefully, the rest of the conference will proceed in this way,” Miles said. 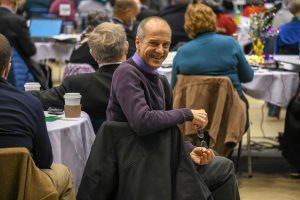 The Rev. John Miles II, clergy delegate from Arkansas, takes a moment during the legislative session to smile for the camera. || Photo by Stephen Coburn 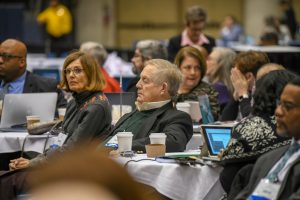 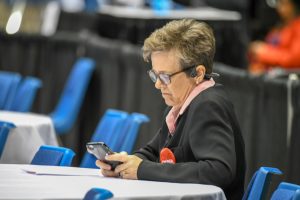 The Rev. Dr. Rebekah Miles takes a moment to check her phone during a break at General Conference. || Photo by Stephen Coburn 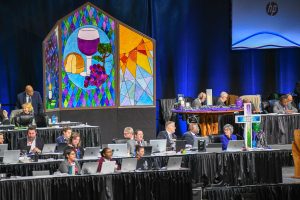 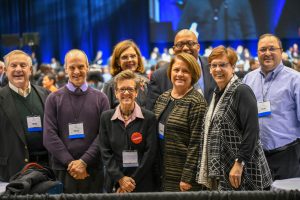 The eight Arkansas delegates pose for a group pic during a break at General Conference. || Photo by Stephen Coburn 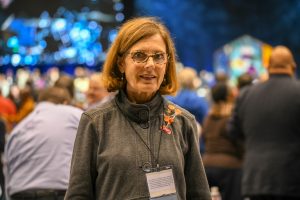 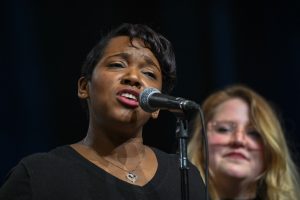 A singer for the General Conference praise and worship band belts out a note during worship. || Photo by Stephen Coburn 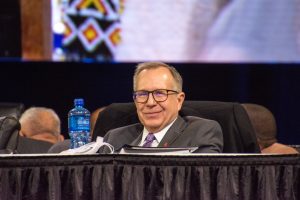 Bishop Gary Mueller of the Arkansas Conference seated on stage with the rest of bishops. || Photo by Stephen Coburn 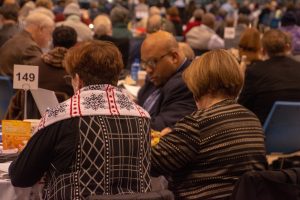 After electing Joe Harris of the Oklahoma Conference as chair of the legislative committee, the committee — composed of all of the delegates to General Conference — voted on Petitions 90016 and 90017.

The petitions related to pensions passed the legislative committee with 768 Yes votes (94.58 percent) and 44 No votes (5.42 percent).

The committee voted on a motion to adjourn and take up the Traditional Plan in the morning session.

“As a supporter of the Traditional Plan, I was relieved and thankful but very aware that my gladness brought sadness to other delegates who hoped the One Church Plan would receive a higher priority,” said Karen Millar, lay delegate to General Conference.

“Tomorrow is a new day, and as we consider the Traditional Plan in the morning, there will be amendments and substitutions, and there is still a huge need for prayer.”

Worship will begin at 8 a.m. on Monday morning, with the legislative committee continuing their work immediately after the service. The Traditional Plan is the first plan on the agenda for amendments and voting.