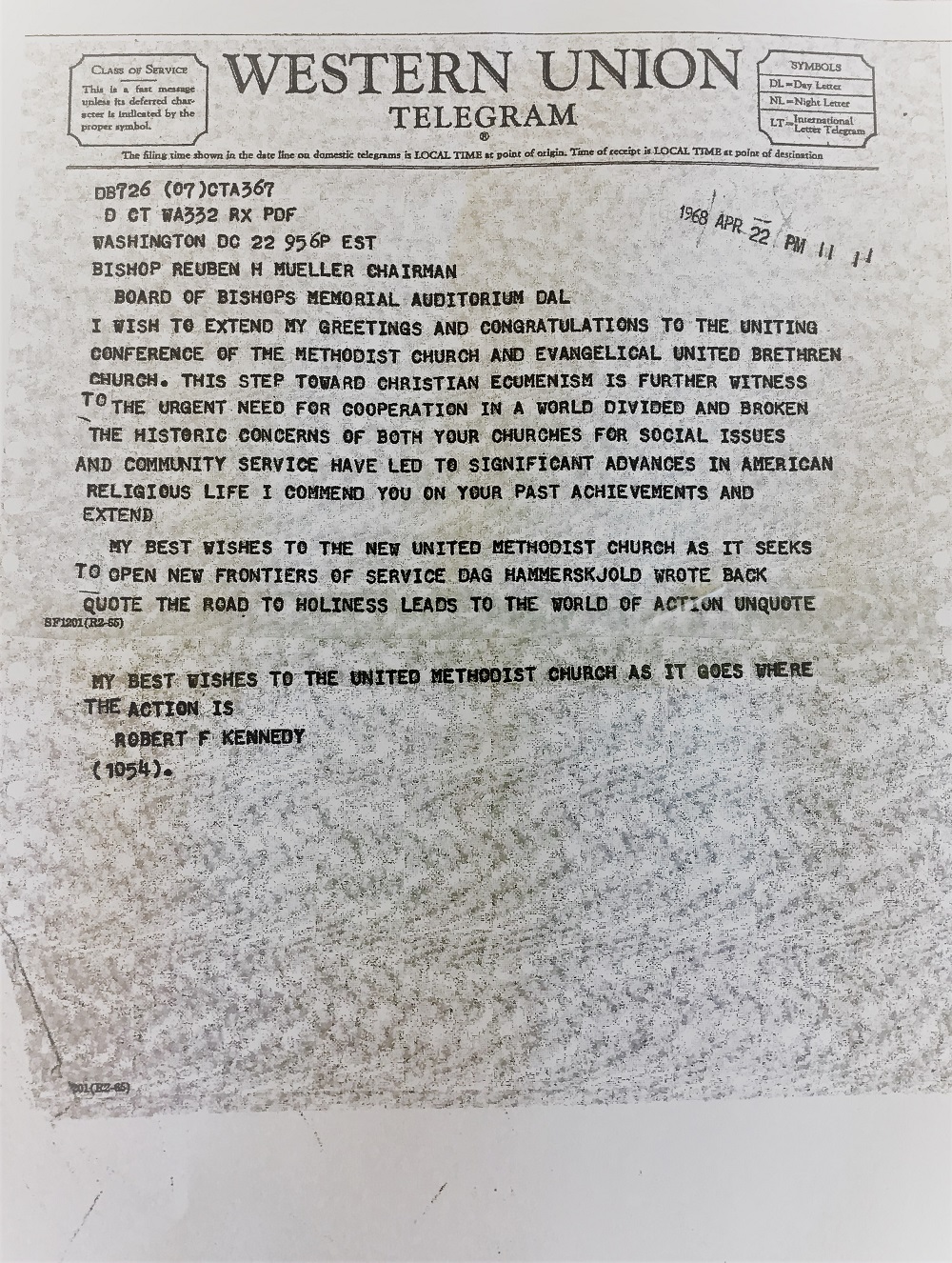 To the People of The United Methodist Church,

In 1968, the merger of the Evangelical United Brethren and Methodist Churches formed The United Methodist Church in a Uniting Conference. Robert F. Kennedy sent this congratulatory telegram to Bishop Reuben Mueller, to be shared with the assembly in Dallas. The telegram was discovered recently by General Commission on Archives and History staff under the guidance of General Secretary Alfred Day.

The telegram is dated April 22, 1968. Robert Kennedy would be assassinated six weeks later.  Martin Luther King, Jr. had been assassinated earlier that month.

The brief telegram is historic and inspiring, a reminder of who we are and who we aspire to be. Kennedy speaks of the importance of ecumenism in a fragmented world, the need for cooperation, and our historic practice of social witness and community service. He also recalls the wisdom of Dag Hammarskjöld, who had served as the secretary-general of the United Nations— “the road to holiness leads to the world of action”—and extends best wishes as this new church “goes to where the action is”!

In this moment, this telegram reminds us of where we have been and at the same time comes as an urgent and prophetic gift.

The Peace of the Lord,