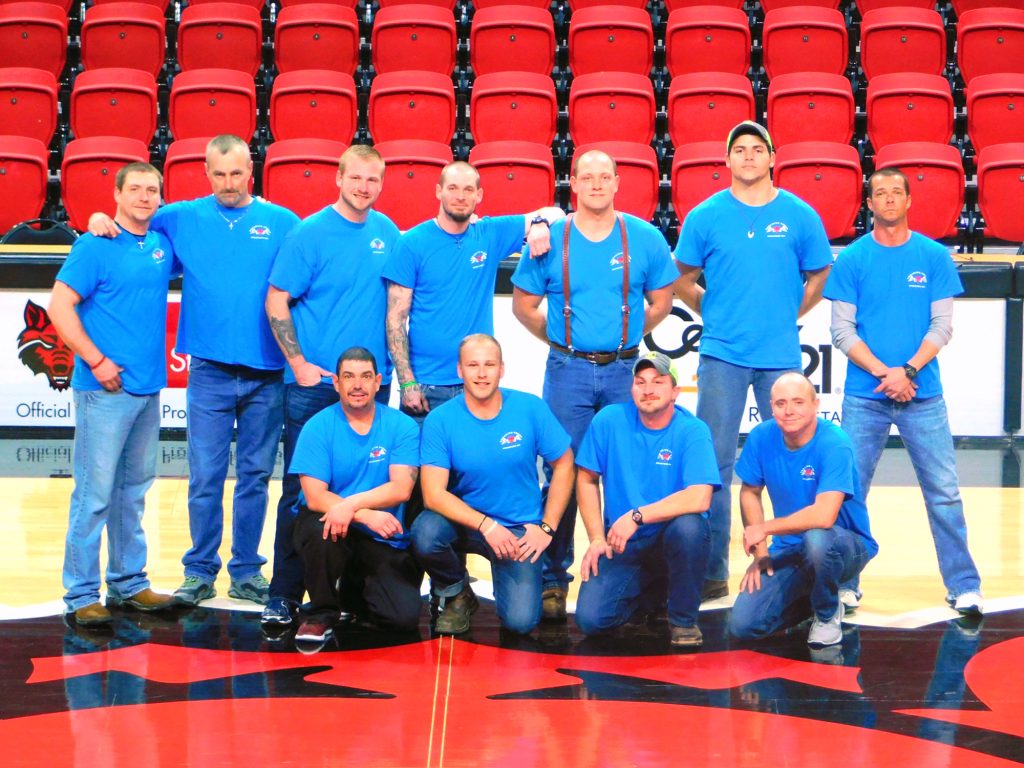 Men from the Breaking Bonds program pose for a group photo after working with Arkansas State University in Jonesboro for the day. || Photo provided by Casey Turner

According to pastor Casey Turner, there are two ways to look at the past mistakes in your life.

“You can either look at it as a curse and allow it to keep you where you are, or you can look at it as a blessing and training to minister to those who have not yet hit rock bottom,” Turner said.

Turner is the director of Breaking Bonds Ministry in Jonesboro. Together, with his wife Tiffanie, Breaking Bonds help the community and Craighead County in breaking free from addictions such as drugs, alcohol, anger, and food.

“God put it into our hearts to start a ministry that not only taught the freedom that is in Christ but also to help others by teaching life skills through the word of God,” Turner said. “…We truly desire to teach people that there is a better way.”

Breaking Bonds Ministry is a dual treatment facility through their outreach ministry and their residential ministry, which began about a year and a half ago.

Casey Turner said he and his wife met in 2009, at the end of a long season of drug abuse.

“Tiffanie was in drug court, battling to keep her freedom, and I was still in my addiction,” Casey said. “We were together a year when we turned our lives over to Jesus Christ, and that’s when everything began to change.

“As we grew together in the Spirit, we felt called to be testimonies of what the Lord can do in your life when you surrender all to him.”

Today, the couple has two children, and Casey serves as a pastor at First United Methodist Church in Jonesboro and is a business developer for “one of the largest glass manufacturers in the United States.” He said he and his wife just bought their first home and he recently received his driver’s license back after 13 years.

“I can tell you this, what it took me 26 years to destroy, only took God five years to repair,” Casey said. “God is mighty for tearing down the strongholds of bondage that we carry in our lives.” 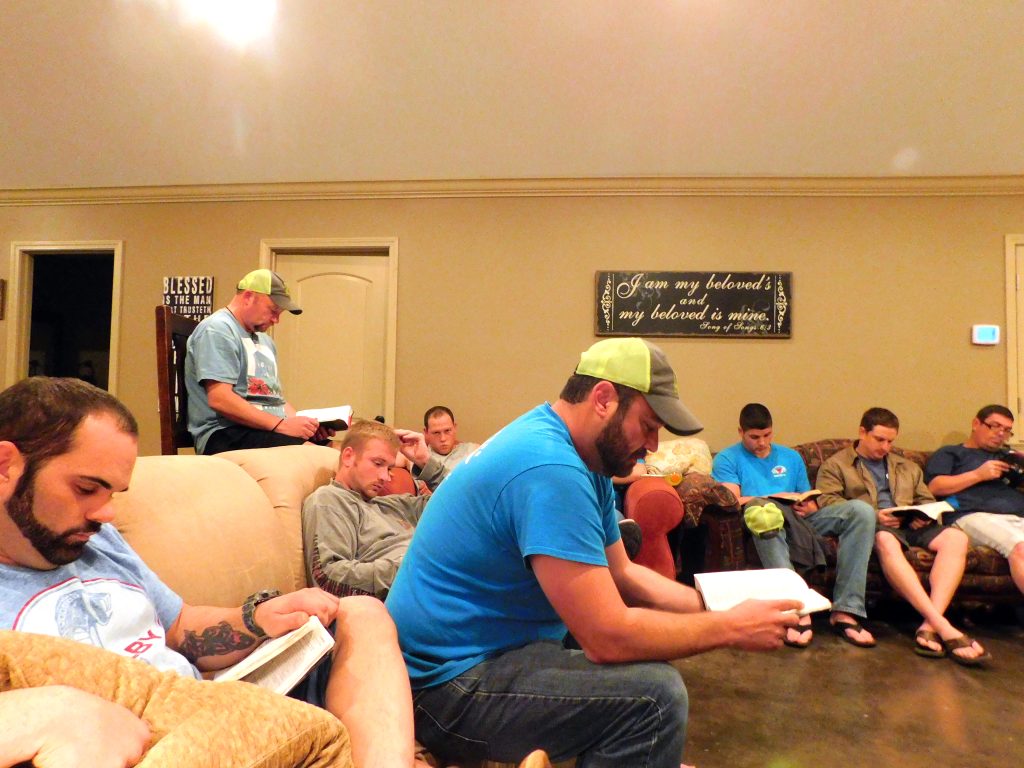 The group gathers for a regular Bible study at the Breaking Bonds house. || Photo provided by Casey Turner

The residential ministry for Breaking Bonds is a seven-month program, during which, men go through discipleship training. The men must come to a Tuesday night worship service and interview to be received into the ministry.

“They are learning how to be a part of the church and becoming productive members of society by learning life skills here,” Casey said.

Part of the program includes life skill training, such as parenting classes, financial classes, marriage classes, resume training, work skills training, and business classes. By the last month, Tiffanie and her husband work with the men on an exit plan.

“We have found, they can complete a program, but if they don’t have a positive atmosphere to go back to, they aren’t successful,” Tiffanie said. “So we try to put that in place before they ever leave.”

Tiffanie, who serves as the chief operating officer for Breaking Bonds, said the residential program is for men, 18 years or older, but the Turners said they are working toward having a women’s facility in the future.

“It is an opportunity to show the grace we have been given,” Tiffanie said. “And that’s what we really try to do. We try to be their accountability and teach them a new way to live.”

Tiffanie estimates in the almost two years since the program started there have been 80 to 100 participants. She said one of their first graduates is now in seminary in Kentucky.

“We are helping the poverty-stricken communities in Craighead County break through to a better way of life,” Casey said. “By helping them find jobs, develop positive life skills and give assistance where it is most needed.”

For Breaking Bonds Ministry, the outreach program is an opportunity to minister and “to be His hands and feet.”

“People who have been in church, but have drifted away for whatever reason, we have seen them get plugged back in,” Tiffanie said. “And those who didn’t ‘fit in,’ we have seen them come into a service and end up staying.”

Part of their outreach includes a free meal every Tuesday night before worship services at the church, a feed the hungry outreach about four times a year, where the ministry provides hot dogs, passes out Bibles and prays with people.

“We do jailhouse stocking for the inmates every year at Christmas,” Casey said. “The bags include socks, Bibles, information about the ministry and stamped envelopes so they can write their families.”

Casey said they rely entirely on donations to “continue to offer such a refuge for men with addiction.”

“We truly need support from the community,” Casey said.