WASHINGTON, D.C. – The final report of the Commission on a Way Forward has been released in English, French, Portuguese and Swahili; all four official languages of the General Conference.  The report will be presented to the 2019 Special Session of General Conference. Subject to final copy editing, the report will be printed in the Advance Daily Christian Advocate (ADCA) in November. Here is a statement from the moderators of the Commission and the President of the Council of Bishops on the release of the report:

“To the People of The United Methodist Church,

“We offer the final report of the Commission on a Way Forward, translated in the four official languages of the General Conference of The United Methodist Church:  English, French, Portuguese and Swahili.   In the Nicene Creed, we are taught the marks of the church—one, holy, catholic and apostolic.  We are catholic in that we care not only for the parts of the church, but more significantly for the whole.  We have refrained from commenting about the plans contained in this report until the time when our sisters and brothers could read this in their own first language.  With this distribution, we give thanks that this work can now begin, and we can have a conversation that represents our global and catholic nature—more fully who we are as The United Methodist Church.” 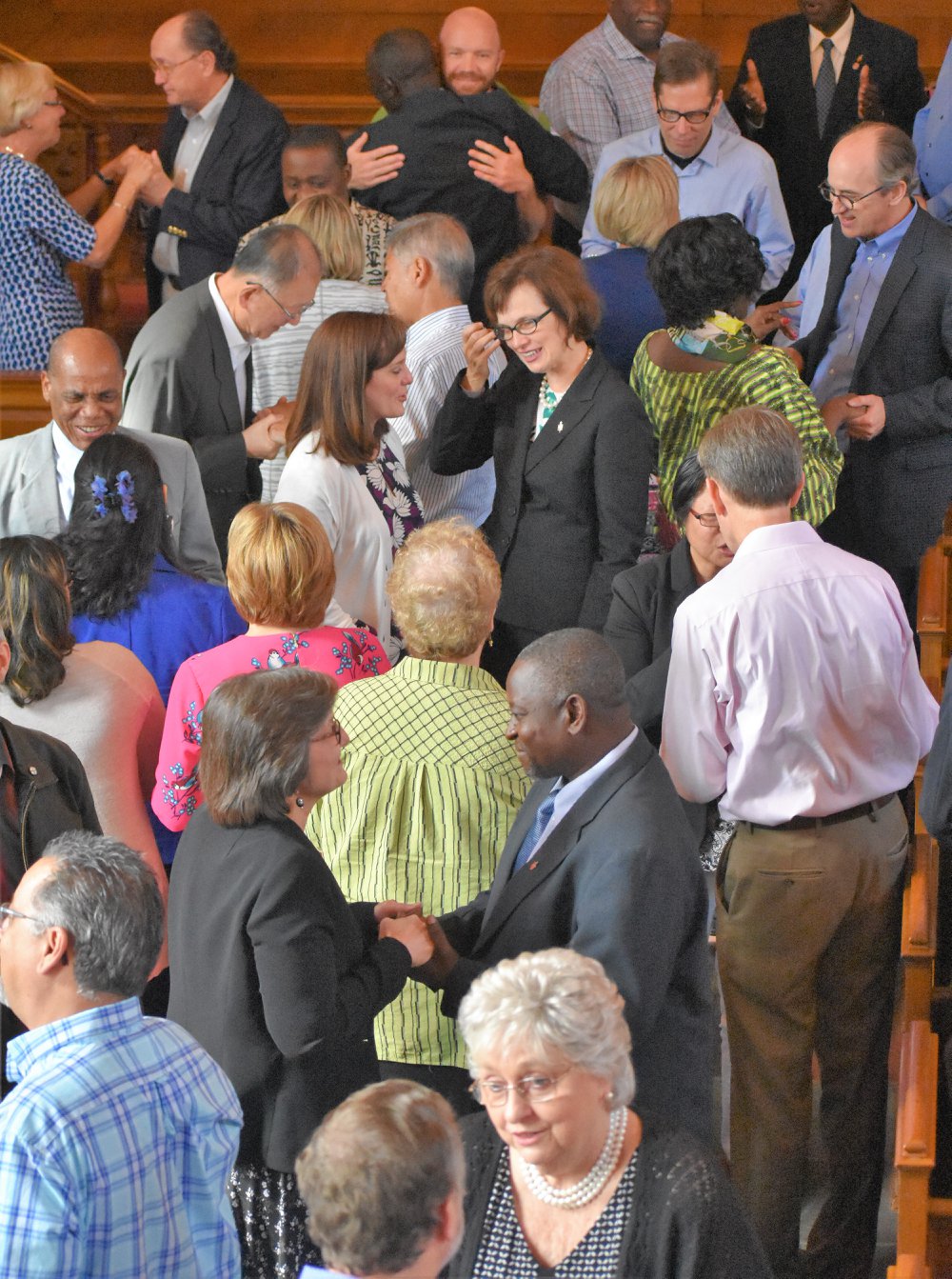 The Commission says farewell after the last meeting in May in Nashville.

Moderators, Commission on a Way Forward

Director of Communications – Council of Bishops