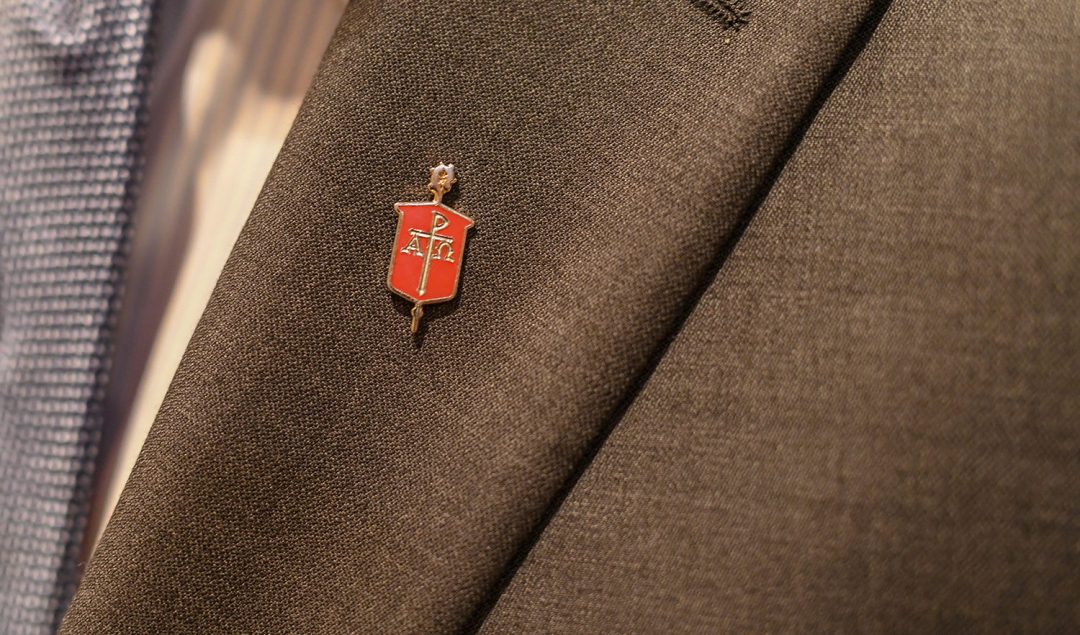 Tod Bolsinger’s Canoeing the Mountains uses Lewis and Clark’s westward journey of discovery to help the church better understand the nature of our journey into a rapidly changing world. Bolsinger chronicles how Lewis and Clark had to adapt to a landscape vastly different from the one they expected in order to complete their mission. His thesis is remarkably simple: the church will only be able to carry out the mission Jesus has given us if we are able to adapt to our actual landscape, and not just forge ahead based on long-held assumptions.

First, the anger, ugly rhetoric, and blame that enveloped the 2019 Called General Conference Session in St. Louis has intensified to the point that it seems impossible to imagine a future in which progressives and traditionalists can move forward together without each having a structured safe space to live out their convictions faithfully.

Second, since the called session a year ago, a significant group of bishops, pastors, laity, and congregations have vowed to ‘resist harm’ in a variety of ways, including non-compliance. This means that the legislation adopted by the General Conference in 2019 will very likely be unenforceable in the United States in the years to come.

Third, sixteen diverse leaders recently completed a mediation process that resulted in the issuance of a “Protocol of Reconciliation and Grace Through Separation”. This offering proposes shaping the ongoing United Methodist Church as progressive in matters involving LGBTQIA individuals, while also providing a way for those who embrace a more traditional understanding of marriage and ordination to create a new expression of Methodism. It currently seems to be the presumptive way forward for the 2020 General Conference.

While embraced by many, however, the proposed Protocol fails to provide an acceptable solution for the 30% – 40% of the United Methodist Church in the United States that is more traditional concerning human sexuality, but wishes to stay in the United Methodist Church. Those in this group feel ignored by the Protocol at best, and tossed aside as the ‘cost of doing business’ at worst. Perhaps more importantly, they contend they now face a heart-wrenching choice of having to stay in a denomination they believe does not express their deepest convictions or leave the denomination they love.

Concerns about the viability of the Protocol are being raised throughout the global church as well. The Liberian Annual Conference recently unanimously passed a resolution calling for significant amendments to the proposed Protocol that would considerably alter its focus. This includes every Jurisdictional, Central, and Annual Conference voting to decide whether to join a traditional or progressive expression, with a 50% plus one vote being the threshold for decision. It also includes a statement that challenges a fundamental assumption of the protocol, “Whereas, any attempt to align or subjugate all central conferences and their annual conferences and congregations to a post-separation UMC by default, as the Protocol proposes, would be viewed as an act of colonialism and injustice against the Central Conferences.” (“Resolution of The Liberia Annual Conference, The United Methodist Church on Proposed Protocol for Reconciliation and Grace Through Separation” February 14, 2020)

Fourth, Jesus calls those who love him to live in unity. We cannot achieve this on our own, because there are powerful forces pulling us apart. We can no longer fool ourselves into thinking the institutional church can foster it, because the United Methodist Church is fracturing. We cannot expect it to magically appear based on votes at General Conference, because a legislative process can never provide true unity in Christ. We can only receive the unity Jesus offers as a gift, vision, and expectation to live into as we trust him enough to step out in faith.

The mandatory nature of this unity is expressed in John 17:20-24, when Jesus prays that his followers may be one as he and God are one. Its realization is described in John 14:5-8, when Jesus makes it clear we are only connected to each other by being connected to him. Its reality is experienced weekly by the majority of United Methodists, when they sit in pews with people of opposing opinions and experience the truth of Paul’s affirmation in 1 Corinthians 12:14-26, “As it is, there are many members, yet one body. The eye cannot say to the hand, ‘I have no need of you,’ nor again the head to the feet, ‘I have no need of you.’” (vv 20-21)

Navigating the United Methodist Landscape in Order to Faithfully Move Ahead
We cannot ignore any of these four characteristics that define our landscape if we are to faithfully and fruitfully guide our beloved church into the future. Yet that is exactly what we seem to have done! The proposed Protocol provides safe space for those who seek a church that is fully inclusive of the LGBTQIA persons. It also offers an easy way for those who wish to leave the connection to do so. But it fails to provide a faithful response for traditional leaning United Methodists who wish to live their faith with integrity within the United Methodist Church; particularly in Africa and the United States, but also in other Central Conferences.

Of course, this is not a surprising outcome. It is easy to become ensnared in a binary choice mindset of “either-or”, “up or down”, or “win-lose”; assume that matters involving human sexuality are the only issues important to traditional leaning United Methodists; and forget that relationships often carry greater weight than issues.

The exclusion of what is probably a majority of United Methodists globally means that we are on a very dangerous trajectory. In fact, any legislation that does not allow those who wish to remain as United Methodists to do so without compromising core convictions in a safe and protected way is unjust.

Adaptive Change Through a “2-by-4” Approach
The United Methodist Church desperately needs an adaptive approach that addresses the full reality of our landscape: painful division; deep and faithful convictions; a flawed Protocol proposal with momentum that fails to provide a place for traditional leaning United Methodists who wish to remain in the denomination; and Christ’s mandated call for unity.

There is an approach that can curate a continuing United Methodist Church which provides clearly defined spaces for laity, congregations, pastors, and bishops to live with theological integrity, while trusting the Holy Spirit to help us live into a new form of unity in Christ. It does this by creating two geographically overlapping theologically and contextually defined Regional Conferences in each of four Global Regions of the United Methodist Church: the Philippines, Africa, Europe, and the United States. Of course, those who do not wish to join this endeavor will be able to gracefully exit the denomination.

Can ‘2X4’ Work?
Creating two theologically and contextually defined geographically overlapping Regional Conferences in each of our four Global Regions will provide space for everyone who wishes to remain in the United Methodist Church. It avoids forcing people to be part of a church with which they disagree or enforcing conformity through disciplinary measures. It connects people in mission and ministry who might be tempted to stay in their kindred groups. It offers wonderful opportunities to create a more nimble church with significantly lower apportionments. Perhaps most importantly, it expresses the unity Jesus mandates in John 15: “Abide in me as I abide in you. Just as the branch cannot bear fruit by itself unless it abides in the vine, neither can you unless you abide in me. I am the vine, you are the branches. Those who abide in me and I in them bear much fruit, because apart from me you can do nothing.” (vv 4-5)

It is fair to inquire, however, whether this proposal for navigating into the future can become a reality. It can. First, the legislation that has already been written can be easily adapted. Second, the General Conference can amend whatever comes before it when it gathers in May in Minneapolis. Finally, even the high threshold of two-thirds support needed from General Conference and Annual Conferences for constitutional amendments ensures that this is not merely a win for some and a loss for others, but a way forward for everyone who loves the United Methodist Church.

We are in a fragile and tender time. The risks are high and the consequences potentially tragic if we make decisions that tear apart the Body of Christ in local congregations and our global connection. Yet we can be filled with hope that we can experience both the space we need and the unity Christ gives us to embody for one simple reason: the Holy Spirit always triumphs.